Movies not what they used to be

Movies have changed so much over the past generations.

Computer Generated Imagery, CGI, has forever changed the movie industry, and now the possibilities are endless for what movies can be made. 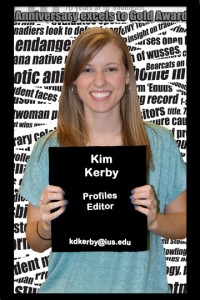 New movies are tailored to specific audiences in hopes of bringing in the money. They have become easier to make and the classic common themes of romance and action have been pushed to the wayside to be replaced by thriller and drama.

Look at horror movies from the late ‘70s and ‘80s and compare them to the horror movies of today. These older horror classics are about suspense and keeping the audience on the edge of their seats.

Today’s movies, however, contain so much gore and violence, that I stay far away from the scary movie genre.

I don’t consider myself a huge movie buff, but I do love movies, and I try to keep up with the new releases.

I know what type of movies I like and what ones I would rather not watch. Every now and then, I’m willing to watch something new because of a certain actor or actress in it.

This idea has failed me recently — a couple of times, actually.

My roommate and I rent from Redbox frequently, and our last two choices were somewhat disappointing on top of being, well, unsettling.

I’m not going to name the two movies, but both were chosen based on well-known actors that were in them. Neither were big-name movies, but we figured they would be good.

My roommate and I noticed something about these two movies.

There was so much violence during the movies that it took away from the plots instead of adding to them. The frequency of violence just bothered us.

One of the main characters from each movie got his throat slit by the “bad guy.” Neither one of us were OK with that.

This weekend my roommate and I strayed from renting a Redbox movie. Instead, we used Netflix,  in hopes of finding a good non-violent movie. No such luck.

Again, a movie was chosen based on the actor and storyline. The movie started off calm, and then one person gets shot multiple times and the violence erupts.

Some violence that followed included a woman literally getting her head blown off by a shotgun in slow motion and a guy getting his skull stomped in like a possum.

There was also a scene involving bad guys getting stabbed in the face and eyes with numerous forks, among other violence, but I didn’t watch that scene.

When did such excessive violence become such a common theme in the movies today?

I know violence has always existed in the movies, but I think it has reached a whole new level now-a-days.

Maybe the generations of today are used to it by now. Maybe they are unfazed by all the violence, because of what the movie and video game industries have become.

No matter what the reason, it bothers me.

I think I’m just going to have to start playing it safe by sticking with my usuals: romantic comedies and action/adventure films.

I’ll just have to cross my fingers and hope that extreme violence doesn’t sneak its way into those movies too. Otherwise, I’m in trouble.