Thank you, Connecticut, for setting a responsible example for the rest of the U.S. The state recently passed a law enforcing stricter background checks and the banishment of certain weapons with high-capacity magazines. 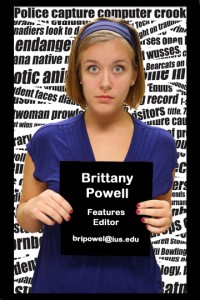 Before all you gun-slingin’ folks start huffing and puffing, hear  me  out.
What Connecticut has done has not taken away its citizens’ right to bear arms or the right to carry a weapon.

What the new law does is prevent felons or mentally unstable people from obtaining weapons that have the potential to kill a massive amount of people in mere seconds.

One of the bigger criticisms of stricter gun control is the idea that criminals or the mentally ill will be able to obtain these same guns illegally, no matter how strictly laws are put into place.

For example, the gunman in the Sandy Hook shooting was able to get his assault weapons by stealing them from his mother. However, his mother had obtained the weapons legally. Had these weapons been taken off the market in the first place, we might be looking at a different scenario.

I realize there are other ways for criminals to get their hands on these weapons, but, just like any law, there has to be a starting point. By allowing these guns to stay on the market, society is throwing in the towel. What a big “oh well” that is saying to all the victims of the mass shootings that have occurred with assault weapons.

Many people argue the point that everyone is entitled to a weapon since it is possible for criminals to obtain them illegally. They believe it is their constitutional right, and that it is for their protection. Why do we enforce any law, since criminals are simply going to find ways around them? There are illegal ways of obtaining cocaine and prostitutes, as well. With that logic, there would be no laws or restrictions. We would be living in chaos.

The Second Amendment to the Constitution entitles citizens the right to keep and bear arms. If every responsible citizen in the U.S. had a gun, our country would be a safer place. What Connecticut has put into law ensures that they are putting guns into the right hands.

“Guns don’t kill people. People kill people.” I think this is an appropriate cliché here. While I back up Connecticut’s decision to ban certain high-capacity magazines, more good will come from regulating the people, not the weapons themselves.

Anyone older than 18 can purchase a gun in Indiana from a private seller — no questions asked. It is not a matter of going to the local gun store; it is actually easier. Online there are many private “Craigslist for guns” where people can purchase certain guns without any regulation.

Why are we making it so easy for criminals to get these weapons?

Unfortunately, not everyone who seeks out a gun is looking out for his or her constitutional rights. By enforcing background checks on every gun purchase, the state would be preventing these weapons from getting into the wrong hands while not infringing on responsible citizens’ rights.

At gun shows, anyone can purchase any kind of weapon, and there is no limit to how many guns that person may buy. Is it just me, or does the idea of people who are hyped up on adrenaline from         witnessing the capabilities of these assault weapons immediately purchasing those same guns sound like a bad idea?

Because there is no waiting period, people can walk right out the door with their shiny new “toys.”

Connecticut’s new regulations require every gun owner to have a license and every dealer to give a background check.

As much as I believe we all would like to live in a world without a need for weapons (I may be alone here — world peace, anyone?), there is a definite need for citizens to be able to protect themselves. We need to find a middle ground between allowing citizens the right to bear arms and preventing the government from enabling criminals.

Some critics would say, “where do you draw the line?”

There is a point where the government should not step on its citizens’ right to bear arms. Well, right now there is no line.

Gun control should not infringe on citizens’ constitutional rights; it should prevent the abuse of dangerous weapons.