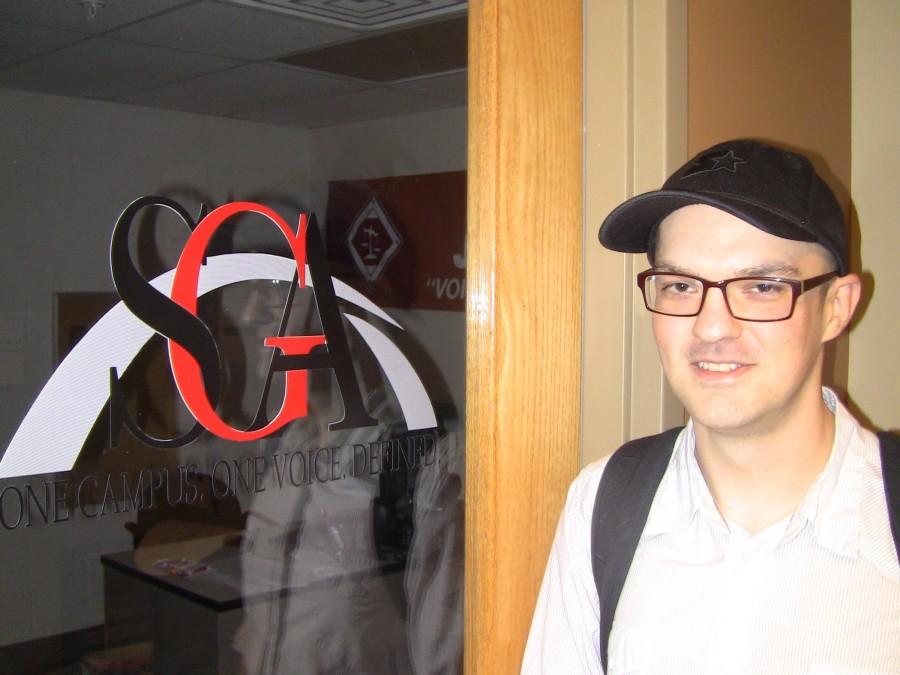 Nathan Hawkins, philosophy senior, was apprehensive about starting college once again. However, while it took him awhile to figure out what he wanted to do he said is glad he stuck with it and will graduate in May.

Graduation can be filled with uncertainty for most students. After sporting the cap and gown, most leave the stage feeling excited, but a bit apprehensive of what will come next.

For Nathan Hawkins, philosophy senior, what’s next is certain; he will be traveling to other countries and starting a new life in the Navy.

“I am a realist,” Hawkins said.  “I figured out the only way for me to see the world is to join the Navy. I am too old to join the Army or Marines. I am 33-years-old and my life is just beginning.”

Hawkins said he took a 10-year sabbatical from IU Bloomington to work and figure out what he really wanted to do before coming to IU Southeast.

On May 6, he will receive a bachelor’s degree in philosophy with a concentration in religious studies, something he said was not easy.

Hawkins said there were times where he felt he had given up on getting a degree, but his mother encouraged him to continue on.

“She encouraged me when I think other people had given up on me, including myself,” he said. “It really took me trying.”

This semester between 2 and 4 p.m., he could be found in the Student Government Association office sitting behind the desk, hidden under a black ball cap, brown square glasses and big brown eyes.  He said he was usually buried in some type of assignment and wearing an animated T-shirt.

“[He had a] willingness to assist with whatever we were doing, whether it was cleaning out the office, interpreting the Constitution, or anything else the judiciary was asked to do during his appointment,” he said.

Hawkins said the next step in his life has been decided, and there is no looking back now.

“I’ve always had this fear of making that commitment to some things, but this is done, I can’t change it,” he said.