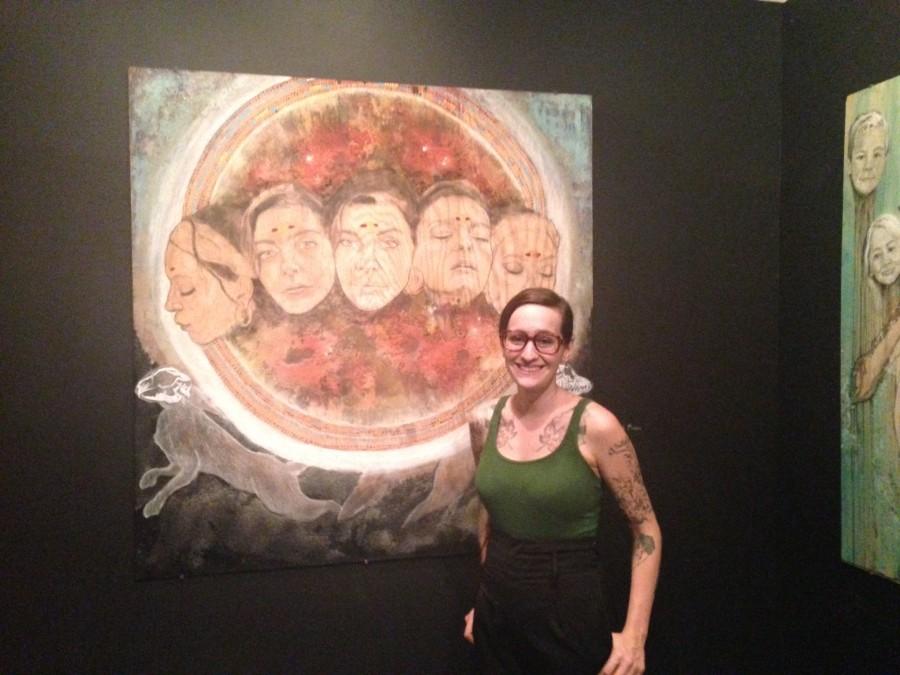 Katy Traughber, art junior, said she worked all summer to produce the art series currently on display in the Space Lab in Knobview.

“It took me quite a long time,” she said. The pieces in the series imitate the layers and emotions of dreams, Traughber said.

“I see dreams as beautiful things that help us deal with our own mentality,” she said. She said she used layers of stain to achieve the layered feeling of dreams. The process was time-consuming, she said.

Traughber said she was particularly inspired by the Jungian concepts of Shadow and the human collective consciousness. According to nndb.com – a website dedicated to collecting profiles of both living and dead people who are considered noteworthy – Carl Jung was a Swiss psychiatrist who helped found analytical psychology.

In two of the pieces, Traughber collaborated with her children, allowing them to use art as a way to explore their emotions. While Traughber said she is not specifically interested in becoming an art therapist, she believes art can be instrumental in helping children deal with difficult situations.

Traughber said her dream-inspired art series will be on display in the Space Lab in Knobview at least through Sept. 13.