Jonze explores digital love in “Her” 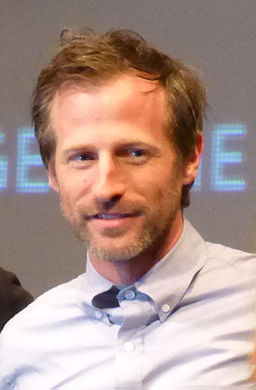 Spike Jonze has presented us yet another aesthetically pleasing picture to add to his collection alongside Where the Wild Things Are and Being John Malkovich, this time in the form of a love story. The film takes place slightly in the future – advancement in the digital world is evident, but not quite to the point of flying cars, time machines, or teleportation.

Within the first few frames of the feature, we are introduced to Joaquin Phoenix’s character Theodore, an introverted, soft-spoken gentleman who specializes in composing heartfelt, handwritten letters in order to pay the rent on his lavish high rise apartment. Theodore’s marriage has fallen through the cracks, and his continually swelling distaste of the idea of being alone hinders him from foregoing the messy paperwork to finalize the divorce.

While wandering through a shopping center one day, bombarded by advertisements, Theodore’s attention is caught by a particular product, OS 1. OS 1 is the world’s first artificially intelligent operating system, going beyond the duties of a “cyber secretary” and holding the capability to develop personality traits and grow from experiences. After a few concise questions, Theodore is greeted by his customized OS – Samantha, voiced by Scarlett Johansson. Samantha is sweet, witty, thoughtful – all the characteristics of a virtual girl-next-door.

As the relationship between the two flourishes, beyond desktop computer and PC user, so does Samantha. She picks up an interest in piano, composing sweet melodies to represent and capture meaningful moments as an alternative to photographs, as she has no physical being. She has interests, needs, fears, and embarrassing moments. If Theodore were to be stripped of his vital senses, with the exception of his hearing, he may have never have been able to differentiate Samantha from any other enchanting woman he’d encountered in his past.

Within the film, Theodore struggles to come to terms with his divorce, the eccentricity and social taboo of dating his computer, and regaining happiness and inner peace in his life. Samantha deals with her own obstacles, coping with maintaining an intimate relationship with someone in the physical world without having a body herself and sorting out new emotions and feelings as her persona broadens. But it is within these struggles that something beautiful, wonderful, never-before-seen is kindling; a unique, undeniable connection between two very different beings.

The cinematography within the film is beautifully done. Intimately close angles keep you in the action as the relationship between Samantha and Theodore flourishes. Flashbacks to Theodore’s yester-years provide glimpses of a different time, a different Theodore, all while flowing fluidly within the storyline of the movie. Jonze also seems to have done a wonderful job in keeping a continuous direction within the film; certain aspects were ambiguous, but appropriately, and otherwise the film’s concept was portrayed in-step with the viewer.

Jonze seems to have set the table for what was expected to be a filling meal. The story line is unique. The characters are real. However, the ending didn’t seem to resonate with the same vibe as the rest of the film. If the film were a fine dining experience, it feels as though I was served a tasty-cake for dessert following a fine steak. Without giving away details, the ending seemed a little sloppy and potentially thrown together at the last minute. It left a sour taste in my mouth, as well as a craving for more.

Overall, Jonze’s Her was a unique feature with an interesting, out-of-the-box storyline. This is Jonze’s first film that he both wrote and directed completely from his original script; it will be interesting to see if Jonze continues this multirole position in the movie realm, and what other unique pieces of his will be brought to the big screen.