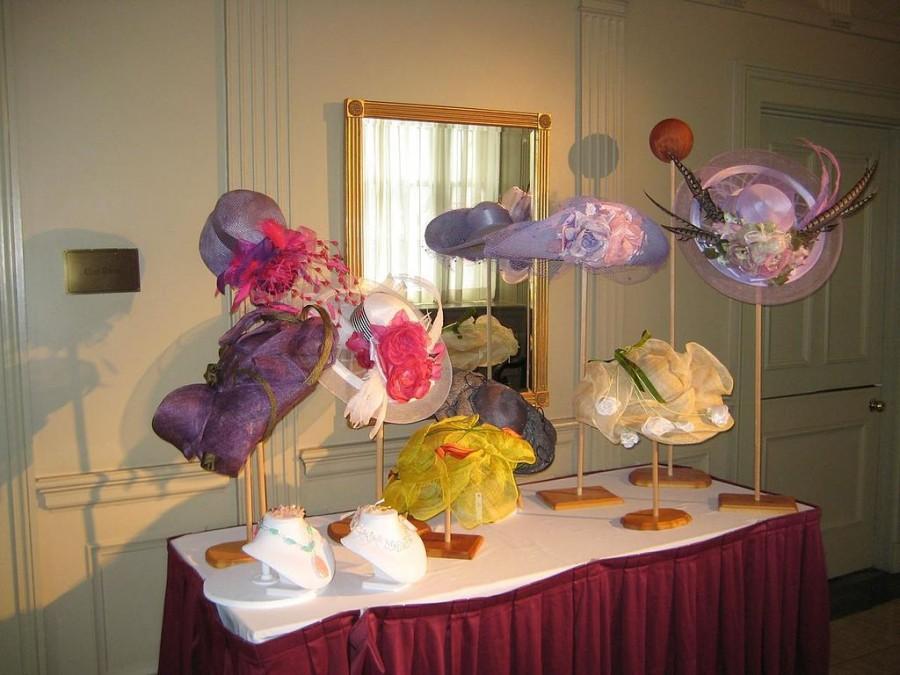 Kentucky rarely gets to make an appearance on the world stage, but every year the world tunes in for the “most exciting two minutes in sports.” So this year while the spotlights on us, we better look damn good.

And after the annual “Runway for the Roses” fashion show, we really don’t have an excuse not to look stunning this year. The show was a look at the Kentucky Derby through the eyes of the show’s fashion designer Gunnar Deatherage, of “Project Runway” fame.

The show was composed of four different vignettes, with four unique looks, all of which were narrated by a faux talk show where Deatherage interviews an aloof fictional celebrity about Derby fashion.

Spring fashion was first down the runway.  Deatherage designed some very casual, pastel heavy clothing that would certainly stand out at any pre-Derby backyard barbecue, but not so avant-garde to attract the wrong kind of attention.

Even Chris Smith, drummer for black metal band Anagnorisis, found the fashion interesting. “This is my first time ever going to one of these, but I like what I’m seeing.”

Smith came to support a local makeup artist who was hired to work on the show. “Being in a band, I know how important it is to always support your friends. Especially in local things like this,” Smith said.

After the spring appetizers came the main dish, Derby day fashion. Big hats, bold colors, and chic dresses filled the stage as the currents drew back.

“I think it’s great,” said Jake Grove. “It makes sense, we have all these events surrounding the Derby, of course we should have one dedicated to fashion. It’s already such a big part of the Derby.”

After the Derby day fashion came dresses for the benefits, balls and soirées you might find yourself at this time of year. Black and silver dresses, spiked heels, and short skirts dominated this part of the collection.

“I thought the clothing was amazing,” said Crissa Candlr, a model for the show. “They really did an amazing job putting this whole thing together, and using local models and talent to do it all made it that much better.”

Then came after party fashion, which started off with a declaration over the speakers to

“get f***ing crazy.” The lights went down, the DJ turned up the bass, and the curtain drew back to reveal an assortment of neon glow sticks, torn clothing, and big balls of messy hair.

This part of the show may not have sported the most fashion, but it definitely ended the show on a bang. And what better way to transition from a fashion show into an after party then with after party music and clothing.

So for all you decadent and depraved Derby goers this year, the fashion bar has been set, so let’s show the world that people from Kentucky do in fact wear shoes, and sexy six inch stilettos at that.