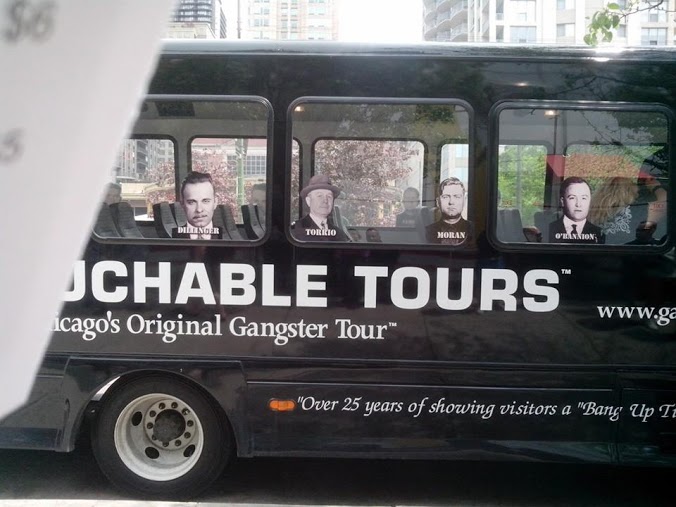 A new breeze rolled in to the Windy City this summer, as the Criminal Justice Student Association made its first visit to Chicago.

Nine students went along for the May 22 trip, led by Dr. Stephanie Albertson, assistant professor of criminology and criminal justice.

“This is the first tour that we’ve done of this kind,” Albertson said. “I hope to do it again in the future, whether to Chicago or another destination.”

The two-day trip began with a tour conducted by Untouchable Tours, which the company describes as a look at historic “gangster hot spots and hit spots.”

“We got to hear about the exploits of Al Capone, John Dillinger and more,” Albertson said. “We took a tour around various parts of the city where various shootouts occurred, namely the St. Valentine’s Massacre.”

The second day was primarily devoted to Cook County Jail, the largest single site jail in the United States.

“We spoke with inmates, went into cells and toured the entire facility,” Albertson said. “I think it was very eye-opening for students. Experiencing it hands-on can be very different from studying it in the classroom.”

Other stops on the tour included the Circuit Court of Cook County, the 360 Chicago observatory and several restaurants in the city.

“The trip was not only educational, but also extremely fun,” Weaver said.

“She was great as the leader of the trip,” Weaver said. “She used to actually work in the Chicago drug courts and went to Loyola University in Chicago for graduate school.”

“I like to know the similarities and differences between states in how they handle the proceedings,” Stiner said.

Albertson said the idea started when she suggested it to students in her criminal justice classes. After an enthusiastic response, she scheduled the trip and had nine students in total sign up. The only prerequisite needed was membership in the

“I must say, I had a fabulous group of students on that trip. They were wonderful and so mature,” Albertson said. “I like to travel around and have an adventure every now and then.”

Albertson said some of the students were nervous while visiting Cook County Jail, while others talked to the inmates and asked questions.

“The question that stands out in my mind is when a student asked: ‘If you have any advice, what would it be?’ The inmate’s response was a firm ‘stay in school,’” Albertson said.

Jeffrey Allen, criminology and criminal justice junior, said he was intrigued by this portion of the trip.

“I used to work as a correctional officer, so I was interested in seeing any differences there might have been with these inmates,” Allen said.

Albertson said she would like to plan another trip in the future, and already has some possible destinations in mind.