College: You Get What You Put In 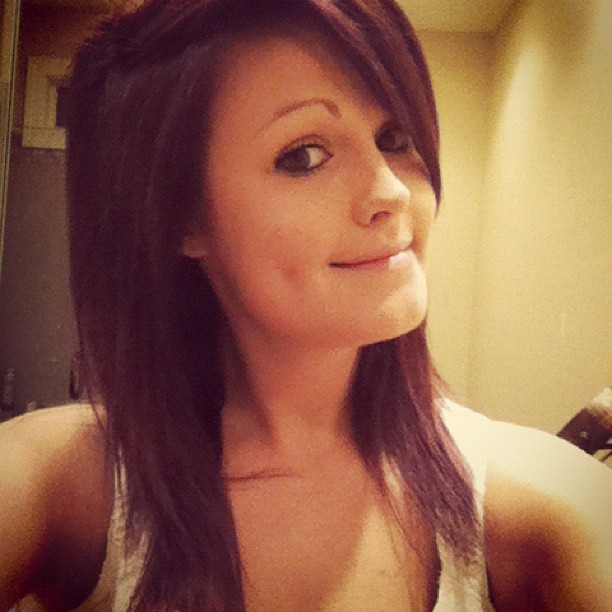 Grantline High. Where dreams of getting out and having the college experience go to die. Or so I thought.

When searching for colleges my senior year of high school, I fell in love with the University of Southern Indiana’s campus, was intrigued by Ball State’s telecommunications major and was ready to tailgate at Bloomington. Hell, I would’ve have gone anywhere other than here.

I just had one problem. My boyfriend of two years, who said if I went away to college then we’d have to break up. Here is where I’d like to point out that Blink-182 got it wrong when they said no one likes you when you’re 23. Instead, no one should like you when you’re 18, because let’s be honest, 18 year-olds aren’t smart.

Needless to say, I talked myself in to IU Southeast. I told myself it’s where my dad got his teaching degree and that maybe we were starting a Ferguson tradition. I told myself I’d be able to work and go to school at the same time since I’d be living at home. I told myself it wouldn’t be that bad.

And it wasn’t that bad. I came to class, sat quietly in my seat for an hour and fifteen minutes then left immediately for home. Wam bam thank you, mam’.

Everyone always says your college years are the best years of your life, a time for discovering yourself. You might think I’m about to tell you that they’re wrong, but I’m not. I’m here to tell you they were right.

I didn’t miss out on the party; I was just fashionably late. Come sophomore year I broke up with said boyfriend, and decided to change my major from graphic design to journalism.

I want to make it clear that journalism was not a deliberate decision for me. In reality, it was just some form of a run-on thought bubble that led to a solution.

What am I good at? Writing. What’s the most practical way for me to get paid to write? Journalism.

However, after deciding on journalism it wasn’t all rainbows, smiley faces and happily ever after. I could write but simply writing words does not make journalism. Journalism is about telling others stories, seeking the truth and being a watchdog for any given community. It means talking to random strangers; something my socially awkward self was not cool with.

But I did it. I enrolled in the Horizon, which meant now I actually had to get involved on campus, and got my first story assignment on what was supposed to be syllabus day.

So I talked to a stranger and wrote an article, made edits to that article and before I knew it I was published. There they were, my words in a newspaper on top of many other newspapers in a newsstand for anyone to pick up at any time.

You would think being published was enough to set my heart ablaze with a passion for journalism but it was actually something else entirely.

I’ll be the first to admit that I can be super lazy. Motivation only goes so far for me before I tell myself that I can scale back on my goals and still be alright with my life. Motivation didn’t get me a summer internship with Louisville Metro TV, it didn’t get me a Society of Professional Journalists award, a fall internship at Louisville Public Media or an editor position on the Horizon.

Adam Maksl is the sole reason I have accomplished everything I have thus far, regardless if he realizes it or not.

I operate on encouragement or positive reinforcement, whatever you want to call it. A job well done and a pat on the back is what drives me to be the best I can be. When I try something new and it gets noticed, that validity is my reassurance that journalism is where I belong.

I am where I am today because Adam believed in me.

If you’ve ever had the opportunity to be talked up by someone, you may know the feeling I’m referencing. The one where you get inspired to be anything and everything that person is making you out to be.

I truly believe Adam Maksl was born to teach. He’s such a nerd for journalism, and you can tell this by the way his face lights up when talking about it. He’s like a big kid.

Adam isn’t like most professors who keep the same syllabus and lesson plans year after year. Adam is constantly researching and staying up on the latest trends in new media, not only because he’s interested, but because he wants us to be as ready as possible when we go to look for jobs after graduation.

I owe my career to him and hope that I can make him proud by showing him that his teaching matters.

Not only did Adam get me to where I am today, but he provided a family for me, one I had not realized I even had. Within the last year I made friends with the other editors and staff of the Horizon. Us editors did everything together, from walking to class to working events, grabbing dinner and even hanging out on the weekends. I found myself sticking around on campus for multiple hours after class to just hang in the newsroom with them.

The point is, it doesn’t matter what college you choose. Colleges don’t supply your experience, you are the one responsible for what type of experience you’ll have. College is like anything else; you get what you put in.

I ended up finding myself at IU Southeast. I found my life’s calling, got involved in a great organization and made relationships I hope last a lifetime. That’s all you can ever ask for.