Cold war thaw: As Cuba and the US restart diplomatic relations, a former visitor to the island weighs in on the change 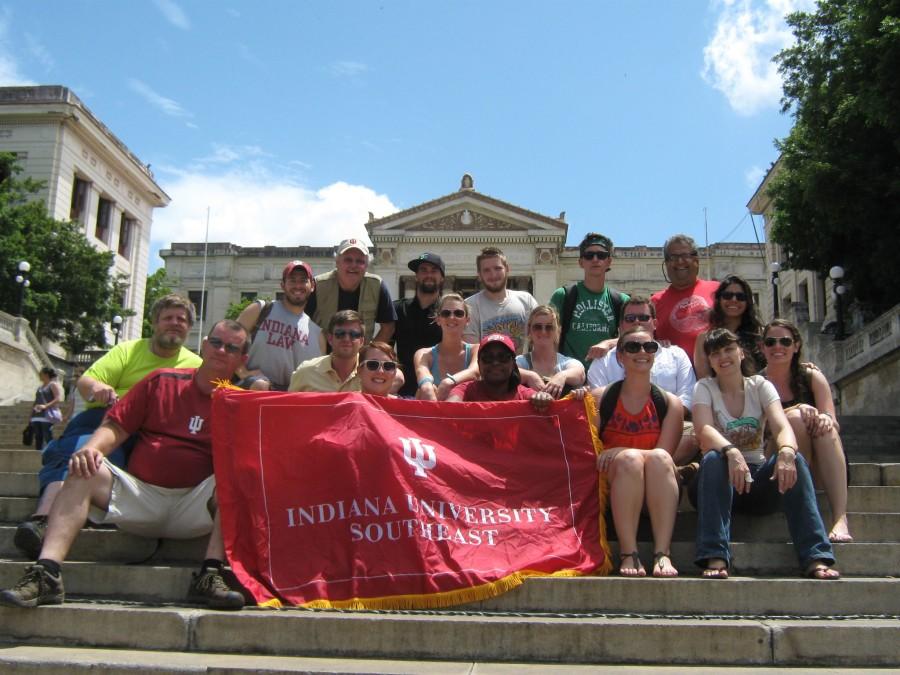 During the Cuban missile crisis Cliff Staten, professor of political science and international studies at IU Southeast, was in the 2nd grade. He remembers practicing safety drills at his school, where students would place a pillow over their head and crawl under their desks to protect themselves from nuclear missiles.

Years later Castro and his controversial government were still making headlines while Staten was in college studying things like the political economy of revolutionary regimes. At the time it seemed like the United States and Cuba would never normalize their political relationship, until recently.

President Obama announced a decision to “thaw” the cold war-esque relations between the U.S. and Cuba, that have been around all of Staten’s life. So he couldn’t help but feel positive about the policy change.

“It’s the first time we’ve had diplomatic relations with Cuba since the revolution,” said Staten. “Which, at least in my opinion, is a much more constructive step.”

Staten has written two books on Cuban and even had the opportunity to travel there a few times with IU Southeast students. So this recent development in foreign policy has been big news for Staten. Not to mention the quickly growing Cuban population right here in Kentuckiana.

According to the Federal Census in 2000, Hispanics were the third largest ethnic group in the area, with about 2,325 claiming Cuban descent.

Staten said Cubans both here and on the island will no doubt have a mixed reaction to the policy shift. He believes that the majority will welcome the change but a small minority, made up mostly of Cuban dissidents will oppose it. But to Staten the move was obvious.

“The embargo has been in place since 1962,” said Staten. “Its purpose was to basically bring about a change in government in Cuba. And it failed, it completely failed.”

Staten said that there are many reasons the embargo on Cuba have failed. Mainly because the U.S. were the only ones enforcing the trade sanctions. Because of this Cuba has always been able to support itself by partnering with other communist governments like the Soviet Union, Venezuela and now China.

“The current government of Raul Castro is basically trying to adopt the Chinese model of a moving towards capitalism with the communist party still in control,” said Staten. “So right now China is playing a major role in developing the economy there, and the idea of the U.S. stepping in will give us much more leverage to counter the Chinese.”

Staten said that there is no guarantee that the U.S. can influence Cuba into adopting more American values. But he believes the bigger the role we have in Cuba’s growing private sector, the better the odds.

Rhonda Wrzenski, Assistant Professor of Political Science at IU Southeast, agrees that this first step in the thawing relations is important, but she said it will take a long time to see any concrete results.

“Essentially, congressional action would still be required for citizens to travel to Cuba for reasons strictly related to tourism and for the lifting of the embargo,” said Wrzenski. “But an American embassy will be established in Havana, the reasons for granting travel licenses have been broadened to include humanitarian work and public performances or competitions and Cuba will be allowed to export certain materials while Americans can import up to $400 worth of goods from Cuba.”

Wrzenski sees potential for change on the island, with President Raul Castro announcing that he will not seek additional terms in 2018, Cuba will soon have its first leader born after the revolution. And she believes that as the island’s private sector grows, so does its potential for modernization.

“I suspect that Congress will face increasing pressure from citizens and from businesses in the United States to ease the embargo and travel restrictions even further,” said Wrzenski. “But, Cuba’s economy will not change overnight and this will be a long-term process of modernization.”

Either way Staten is planning another trip to Cuba with in the coming years. And he hopes that eventually Americans who are drawn to the culture and beauty of the island like he was will have the opportunity to travel there.