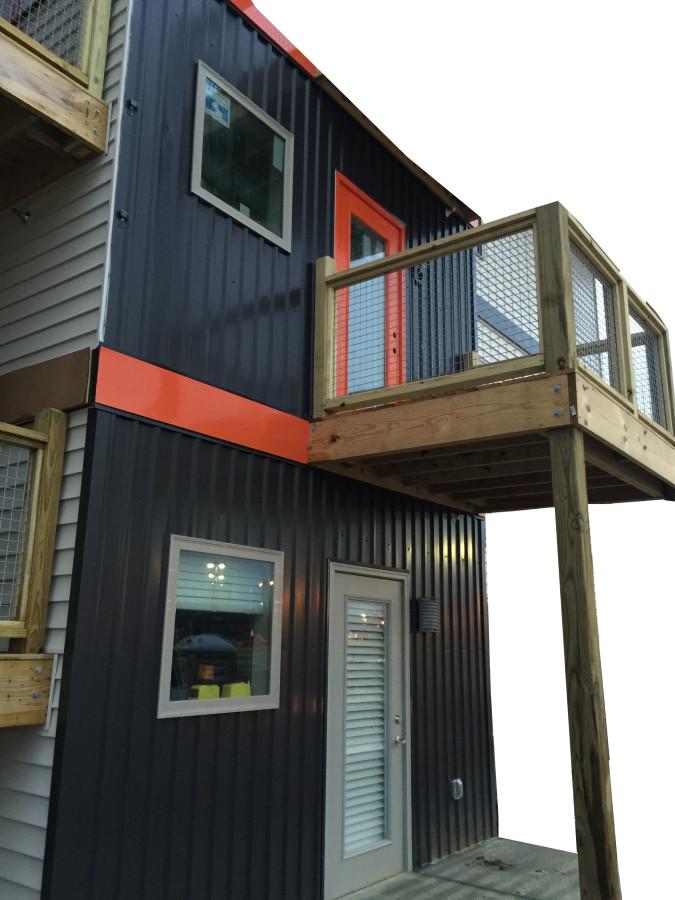 University Commons is a new apartment complex opening up on Grant Line Road that hopes to give students the best of both worlds – convenience of being close to campus alongside the freedom of living outside of a dorm.

“Living off campus really allows you to gain a sense of responsibility in the real world.” Shannan Harrig, regional property manager of Hayes-Gibson International said. “University Commons is close enough to campus to allow students to stay connected but far enough to allow for more independence.”

Though initially planned to open in January 2015, the opening date for the first building – which holds 36 units – is set for February 1st, 2015. Weather conditions have caused some unexpected setbacks.

“You can’t pour concrete when it’s raining, and in order to paint the exterior, it has to be within a certain few degrees for a series of days after you paint.”

While operations could have been rushed to meet deadlines, Hayes-Gibson International preferred to delay in an effort to produce a solid, well-built community.

“There are days we could have pushed forward, but we wanted to make sure that we were doing everything 100 percent the right way.” Eichler continued.

A two bed, two bath unit on campus at IUS goes for a little over $3,000 a semester, or $600 a month – per student. Units at University Commons are set to go for $890 a month, which includes water, trash, and sewage, leaving the tenants only with the electric bill to pay on top of rent. Splitting the expenses between two tenants, students would pay less than they would to live on campus while also having more space.

A model unit is currently available for interested tenants to view.

“Those interested can check out our model unit on Tuesdays and Thursdays from 3:30-5:30. We can also set up tours outside of these hours by appointment.” Harrig said.

University Commons aims to also help accommodate nontraditional students. While the building is created with student housing in mind, the apartments are not limited to those furthering their education.

“University Commons is open to any and every qualified applicant. We welcome a diversified community.” Harrig said.

Deposits on the units are $890, but the first 20 applicants will receive half off of their deposit upon signing. The building is a five minute walk from Indiana University Southeast, as well as a handful of restaurants, gas stations, and right next to the interstate.