DIGGING THE PAST: History student delves into her genealogy 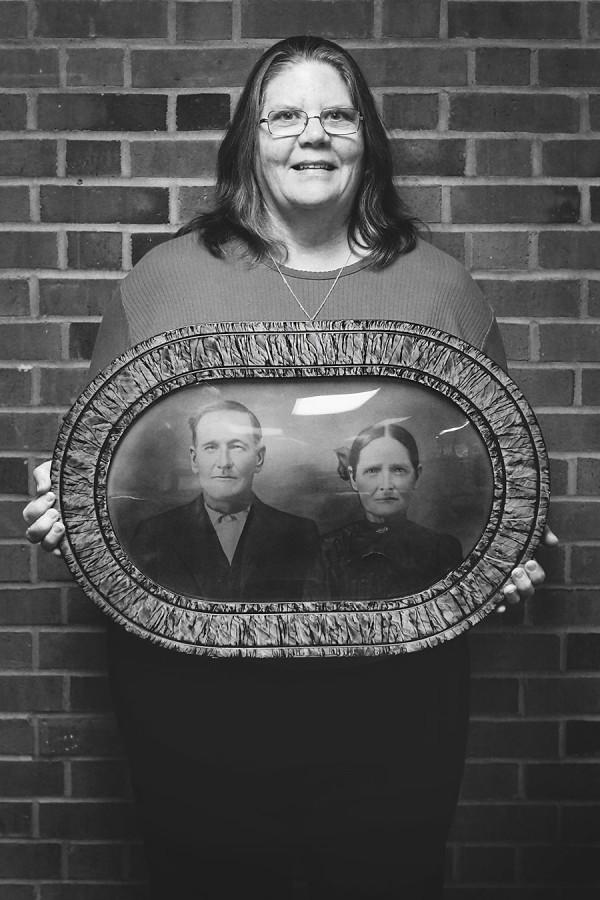 Indiana Jones weighs the bag in his hand. He looks at the idol. It’s a dangerous gambit, but the search is worth it.

Indiana Jones is a fictional character who uncovered the past by finding artifacts.

Debbie Vietzke is not fictional. She uncovers the past by finding people.

The rising tide of the Internet in the 21st-century has floated its fair share of boats. One has been the genealogy industry. Sites like Archives.com and Ancestry.com have made countless records accessible to anyone with a computer and an Internet connection. As availability has risen, so has interest. A 2000 Maritz Poll found that 60 percent of American adults were interested in genealogy and separate surveys in 2005 and 2009 saw that number rise to as high as 87 percent.

Vietzke is a history junior at IU Southeast where she also works as a senior office assistant for the Advising Center for Exploratory Students (ACES). In her free time she investigates documents and pictures of the past, searching for information on her family.

“I love history,” Vietzke said. “My goal is to learn as much as possible because it helps me add context to things I learn in my searches.”

Vietzke grew up in Los Angeles. Her parents however, were from Southern Illinois. This divide between her home and her roots would be an important factor in her curiosity.

“I was an only child and I didn’t have family in southern California. So to me it seemed ideal,” said Vietzke. “This world where you were the niece and the cousin and the granddaughter. Where you were somebody special.”

Vietzke’s parents grew up as neighbors to one another. She remembers how, as a child, they would tell her stories of the family and people they knew and remembered.

“I would listen to these stories and imagine,” Vietzke said.

One summer while visiting her family in Illinois, Vietzke stumbled upon a paper with names and 19th-century dates inside her grandmother’s Bible.

“I’ve always been attracted to names,” Vietzke said. “You see a name and you wonder who this person is and what they looked like.”

She took the list to her family and inquired what it was. They informed her it was a list of old relatives and told her stories of the family’s past that they could remember. Even after their memories were exhausted, her curiosity remained.

“Once the older generation knows you’re interested in stuff like that, that’s how they introduce you,” Vietzke explained. “‘This is Debbie, and she’s interested in so and so.’ And so more stories would come my way and I would jot down more notes.”

Vietzke soon took on the search with more vigor, traveling to local libraries and looking through indexes of names. She explained that for her the best source is people who were there or were told stories by relatives.

“It’s like digging for treasure and never knowing what you’ll find,” Vietzke said of the search process. “As you’re looking for one thing, something else turns up. Every time you go looking you find new things.”

In 2000, with the Internet now a significant presence in people’s lives, Vietzke joined an email list where people would share information with each other about the area in Illinois where Vietzke’s family lived. But the mail list was limited in scope. It wouldn’t allow a user to attach documents or pictures to messages.

A few years later she saw an opportunity to build a similar community on Facebook. There the group could expand the type of information they shared to include photographs and scans of documents.

“With Facebook there’s not the database in between the people,” said Vietzke. “It’s face-to-face. You ask a question and someone else responds.”

The Franklin County Illinois Genealogy Group was a hodgepodge of young and old members. The front page was a smorgasbord of questions, answers, pictures, obituaries and old newspaper articles. Within the digital din was a small group of which Vietzke was and is a part of. They would help answer the various questions.

“Each person brings a different resource to the table,” Vietzke explained. “One person has a copy of birth records. Another has a collection of old newspapers from a subscription a relative had. Another one lives in the community and can walk out to graveyards to check out specific tombstones.”

Together the group engaged in a shared quest to discover as much as possible of a community literally fading from memory. And in this search for the community of their ancestors a new community formed.

“There’s no real pot of gold at the end of the rainbow for me with this,” Vietzke said. “The reward is in the finding, in the hunt, in the moment. It’s not just knowing the answer, it’s how I can find the answer.”

That love for the search follows her into other aspects of her life. At ACES, where she has worked since 2012, she asks her co-workers for information about their pasts and helps them discover things they never knew.

“She can find anything that’s historical,” said Lee Bennet, an administrative secretary for ACES.

Bennet’s father was a fireman in Peru, Indiana where Bennet grew up. Vietzke found an article on

how, during one particularly nasty fire, Bennet’s father had gone into the building through a window and saved a child’s life.

“He was a hero,” Bennet said with a smile. “That’s Debbie though, she just finds these things.”

When asked how someone newly interested in their genealogy could get started, Vietzke advised going to an ancestor first.

“You should go to your parents, your grandparents and if you’re lucky your great grandparents. And you need to know what questions to ask, you should get a list.”

Nancy Strickland, an Indiana Room Associate at the New Albany-Floyd County Public Library, echoed Vietzke’s sentiments. The Indiana Room is a resource for someone looking to begin their genealogical search and a place to acquire such a list.

“When someone comes in we would first ask them what they already know,” Strickland said. “The more information you have, the more specific that information, the more we can help you find what you’re looking for.”

The Indiana Room has a free subscription to Ancestry.com that is available to library members. It also boasts a series of classes in the spring and fall on how to research your genealogy.

“Most people discover things about themselves,” Vietzke said. “They say things to you like, ‘I think the reason I do something is because this relative did it too.’ We all see things in our parents but when you see it that far back, you get curious. You start to wonder if maybe there are certain things that are just ingrained in you.”

Vietzke says she doesn’t take her family history personally. That after a few generations back it becomes “just a story.” She says that her search is not one of deeper meaning where she is really looking for herself.

“I’m not trying to find myself but I suppose I sometimes do,” said Vietzke.

Vietzke’s pursuit is an act of time travel, bringing an unseen past to light. We have built our present upon this past and it continues to gift us the good and the bad of today.

Vietzke’s search reciprocates this gift in the only way she can.

“When you uncover a person previously hidden by time, when you remember them, you honor them.”