The Cost of Snow Days

Students may enjoy having a day out of class, but how big of a bite out of the university’s budget does a campus closure take? 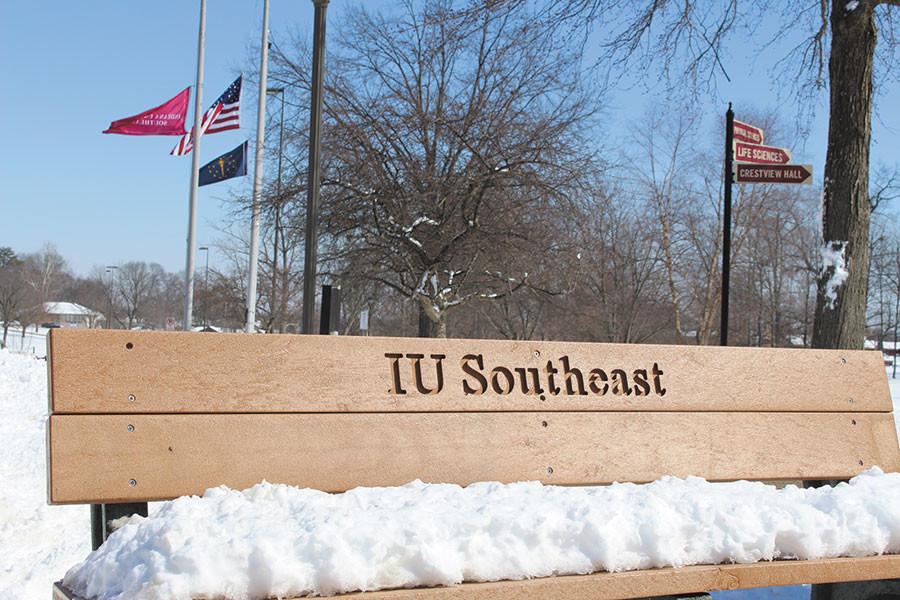 IU Southeast students and faculty have been treated to several school delays and closures during the past three weeks, and while that may be some cause for concern in the classroom, it can also be worrisome for administrators who are equally concerned about the financial costs of the snow.
Snow is falling in historic numbers this winter in many parts of the U.S., and for many local and state officials, this can be a real headache when it comes to spending.
The Boston Herald reported that the city of Boston put aside $18 million for snow removal in its annual budget. They have spent twice that so far this winter.
Similarly, in Louisville, the Courier Journal reported that the city had $1.4 million in its budget and has already spent $2.7 million.
That is on a macro level, but even here on the campus of IU Southeast, the headache can be just as bad.
Dana Wavle, vice chancellor of administrative affairs and IU Southeast’s chief financial and business officer, says that there isn’t a specific line in the school’s budget that deals with snow, but it is included in the budget of the Physical Plant. He also said he expects that the Physical Plant will be over budget this fiscal year.
IU Southeast’s overall annual budget was roughly $55 million for this fiscal year, and about $4 million of that goes to the Physical Plant. The Physical Plant is responsible for the overall maintenance of the campus and includes landscaping, lawn care and, when needed, snow plowing and removal.
According to its director, Rob Poff, the Physical Plant has five essential snow removal employees that are on the front line. Three are full-time grounds crew employees and two from maintenance that work specifically with snow removal.
Poff said the crew stays busy spreading road salt over the roads and parking lots and for the sidewalks they use magnesium chloride because it is better for the vegetation. He also said that every year, the Physical Plant budgets about 35 tons of road salt for drives and parking lots, and five tons of magnesium chloride for walks and pathways at a cost of about $4,500.
“Luckily January wasn’t a bad month, so what we had allocated for the snow events that we’ve had here in February are within the frameworks of what we had in the budget,” Poff said.
But Wavle said he and other administrators aren’t as concerned about a balanced budget as they are about safety. He said that when they decide to close campus for an entire day, it costs the school about $5,000.
“Even though it may cost $5,000 a day, that’s nothing compared to knowing that our employees and students are safe,” Wavle said. “I think that is the philosophy that the New Albany Floyd Co. School Corporation has. The last thing they want to do is pick up the paper and see a front page story about a student being killed or injured on the way to school.”
Physical Plant employees get paid double-time and a half if they work when campus is closed. And they might just deserve it.
Wavle said that many in the crew that were on campus Thursday, working to clear the snow and ice, had been there since the previous night.
“They take their job very seriously,” Wavle said. “There have been times when they have spent the night here so that first thing in the morning they can get a jump on plowing.”
Poff testified that they did indeed sleep on campus overnight and slept on couches.
“We do have emergency quarters here on campus,” Poff said. “The crew decided they were good with just the couches for this go-a-round.”