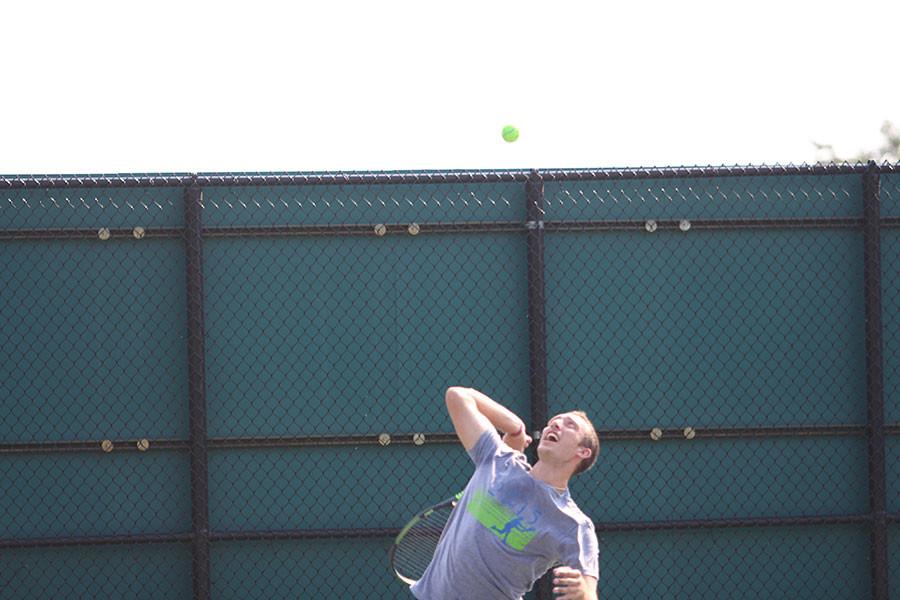 The IUS men’s tennis team prepares for a tough schedule this year with the season about to begin. However, the Grenadiers are highly motivated and all share a common goal: winning the KIAC championship and going to nationals.

This is the third season for Epkey as head coach. He took the Grenadiers to nationals in his first season and all the way KIAC championship game last season where the Grenadiers lost to Asbury University. Despite an 11-13 record last season, the Grenadiers were still able to make a run in the KIAC tournament.

This season the Grenadiers have all three of their All-Conference players: senior Nick Roby, junior Bryson Mills, and sophomore Jacob Rankin back on the team.

Rankin learned an important lesson from playing in big time situations during his freshman year in the Grenadier’s run to the conference championship game last season.

“From the final Roby and I had a good doubles,” Rankin said. “That match actually taught me that in moments like that if you just compete your hardest it’s anyone’s game because pressure brings out the best and worst in people so anything can happen.”

Having had that tournament run last season will have the Grenadiers looking to keep that momentum heading into this season, and the experience they got will help them when competing in big matches.

“We know what to expect and use this time to practice for the big moment,” Roby said. “Again I see ourselves getting into that same position again. If we practice all season long we will come out on top this time.”

This year the Grenadiers are loaded with upperclassmen and only have two underclassmen. They have experience and that is an advantage that Epkey is happy to have.

“We have a lot of juniors and a couple of seniors and having that expertise at the top of the lineup and throughout the lineup is really going to make a big difference and give us a little edge that we might not of had in the last year or two,” Epkey said.

The Grenadiers will look to start off the season strong with a win when they go on the road to go up against Oakland City University on Saturday, Sept. 5 in their regular season opener. Their home opener is on Saturday, Sept. 12 at noon against Indiana Wesleyan University.