Taking on more roles for the university 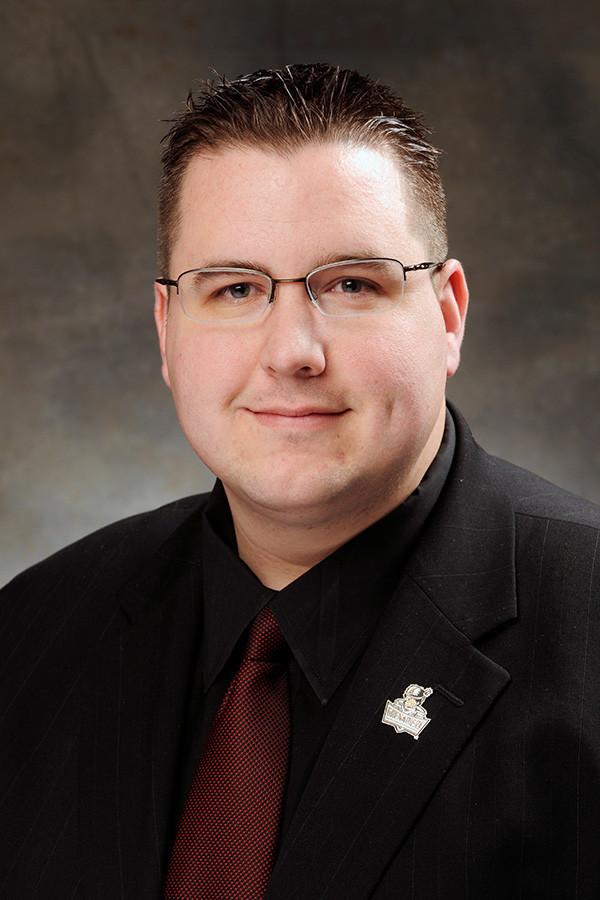 The IU Southeast’s Athletic Department announced some changes within the department on Sept. 9. Some are within the university and some are strictly in the athletic department.

Glover adds another title to his name. He was announced as the new Interim Director of Marketing and Communication. He said he would be working in certain different areas, from the billboard marketing system to being in charge of the website.

Glover also works on the public relations side of the university. He brings his competitive nature to the table, and he said he wants to bring the greatest parts of this university to light.

“What this means is I will be focusing on how to get students to enroll at this university and help get the word to the people,” Glover said.

This is nothing new to Glover. In the past three years he has become a member of the National Administrative Council and was named the president of the Kentucky Intercollegiate Athletic Conference (KIAC) Executive Committee.

“I take on a lot on a daily basis,” Glover said. “But I couldn’t do it without the hard working people in this department.”

Amanda Dailey-Weaver will maintain her duties in the athletic office as the department’s administrative assistant senior, but she will also take on additional duties as an executive assistant for Glover while he works with both divisions.

“The university is in good hands,” Glover said. “The thing I am more concerned about is how I’m going to use both of my desks.”

Glover said he will be running between desks. Being the new director of marketing and communication means that he won’t be in the Activities Building, which is the location of the first desk.

The second desk is where he plans on doing the work of both university positions. This will cause an absence in the department, but Glover isn’t worried.

“The people that I work with are great, and I have trust in all of them,” Glover said.

This will leave some responsibilities in the athletic department be unclaimed. Denny Williams, assistant athletic director, said that he has it covered.

Williams has been with the university for five years. He said that this university’s athletic department is something that they can be proud of.

“In the years I have been here you can notice changes,” Williams said. “One major change is how the university adopted athletics.”

Williams has been appointed acting deputy athletic director, so he will assume a greater level of administrative responsibility in the athletic department.

He also assists in the overall management of the athletic program. Additional responsibilities include coordinating all team travel planning and scheduling.

“The only negative side of this is the meetings that I will have to attend in place of Joe,” Williams said.

Williams will look to Glover any chance he can for advice; it might just have to be a phone call instead of walking right across the hall. Williams said that he will run the department how Glover expects it to be run.

“Joe taught me how to be confident in the line of work,” Williams said. “I really have been learning from the best.”