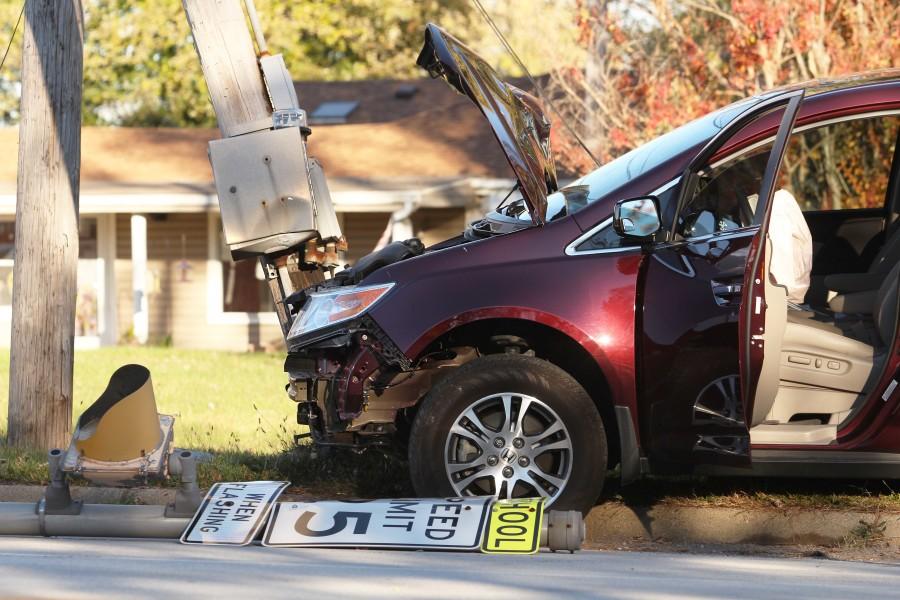 On Monday, Nov. 2, IU Southeast experienced a campus-wide power outage. According to Major Paul Holcomb of New Chapel Fire Department, the power outage was the result of an accident by a vehicle driving down Grant Line Road that took out a power line, several mail boxes and a nearby school speed limit sign.

New Chapel was dispatched at 2:12 p.m., with Duke Energy trucks showing up to the scene shortly after to shut off power to IUS and Grant Line Elementary School since the telephone pole had been snapped in half by the vehicle.

At 4:05 p.m., IU Notify sent an alert out to students, faculty and staff that all 4:15 classes had been cancelled due to the power outage. At 4:22, clean-up and rewiring of the telephone pole was in progress to get the road reopened.

IU Notify then alerted students that the all clear had been given and all classes starting at 4:45 p.m. or later would be on normal schedule.

Chancellor Ray Wallace released a statement regarding the campus-wide power outage shortly after the power was reestablished: “We apologize for any inconvenience that the power outage has caused. We worked closely with Duke Energy to ensure that the reboot of power was done in a safe and uniform manner. Duke Energy and campus law enforcement tell us that the power has been restored, and they do not anticipate any further outages related to the situation. Classes beginning at 4:45 p.m. and beyond will continue as scheduled,” Wallace said.

According to Communication Specialist Rachel Terlep, IUS has a crisis communication plan that they implement during situations such as a power outage.

“Several key campus personnel are involved. It is a collaborative effort between campus administration, campus law enforcement, Office of Marketing and Communications, the Physical Plant Department and UITS,” Terlep said.

Terlep also said that the campus utilizes IU Notify and social media to alert the campus and the community.

“When the campus faces an emergency, it’s part of the IU Southeast crisis communication plan to communicate relevant and important information to the campus community as quickly as possible,” Terlep said. “In general, not doing that could create a sense of confusion among students, faculty and staff, especially when an emergency affects the schedule of classes.”