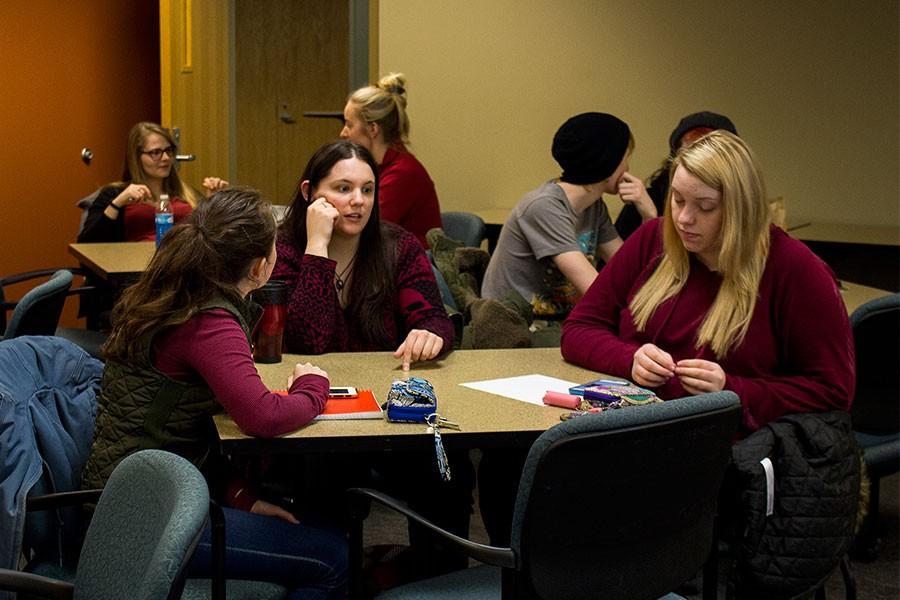 A recent speaker broadcast brought IUS students together for an evening of networking, encouragement and inspiration.

On Tuesday, Feb. 9 from 7 to 8:15 p.m., Juju Chang, renowned journalist for ABC News, delivered her speech, “The Power of Your Story,” in front of students at New Jersey City University. National Society of Leadership and Success chapter members from approximately 500 colleges nationwide, including IU Southeast, held events on campus for students, broadcasting Chang’s speech via the Internet. The IUS students gathered in University Center North, room 122, to watch the broadcast.

Danielle Devers, biology junior and Success Networking Team coordinator of the IUS NSLS chapter, said the NSLS chooses to hold speaker broadcasts so students can get advice and motivation from successful professionals, including Chang.

“They try to be as diversified as they can, and they also try to find people to speak that are accomplished so they can give us better ideas on how we can be better accomplished,” Devers said.

As the broadcast began, Chang thanked viewers who were watching in person and online. She complimented students for being brave and taking the initiative to be social, and she said she was so insecure and shy in college that she would never go out.

Chang discussed the presidential election and the New Hampshire primary, which took place that night. She said that depending on the results of that primary,the remaining primaries and the election, the U.S. could end up with its first Democratic Socialist president, its first billionaire president or its first woman president. She also said the presidential candidates are trying to attract millennials, so millennials need to stay informed and up to date on the issues.

Chang then said why she chose to get into journalism.

“Part of why I became a journalist is because I think it’s important that we are involved in world affairs,” she said. “That we just don’t go home every night and go into our little cubicle at the office but that we look around at the world around us and it is part of why whether it’s health care or abortion or gun control even college loans — whatever your issue is — be informed and be involved.”

Toward the end of the broadcast, Chang said college students need to develop their skills.

“No matter what career field you are getting into, polish your skills and demonstrate your ability to do them now while you are still in college so that when you go to ask for your first job you have something to bring to the table,” she said.

Kristina Riddle, psychology sophomore, said she liked the part of the broadcast when Chang said people should compare themselves to their own standards, and not everyone else’s standards.

“That as a woman, a young adult, in a world of ever-changing views, problems, and people she gives me hope that I’ll find my place,” Spencer said. “In a place seemingly led by men, I’ll find my voice and be heard.”

Before the broadcast, the IUS NSLS members participated in a Success Networking Team meeting. During the meeting, they listened to each other talk about school and their goals, and they gave each other advice on how to achieve those goals.

“I really enjoy it,” Burcham said. “It gives you a way to set your goals, and you are saying it aloud and writing it down. That makes that goal tangible and not just in your head.”

Devers also discussed the benefits of being a member of the NSLS and steps members could take to become inducted into the organization.

Devers said the NSLS is a good way to make people interact, especially those with poor social skills. She said members are able to make connections with fellow students and learn to become better leaders.