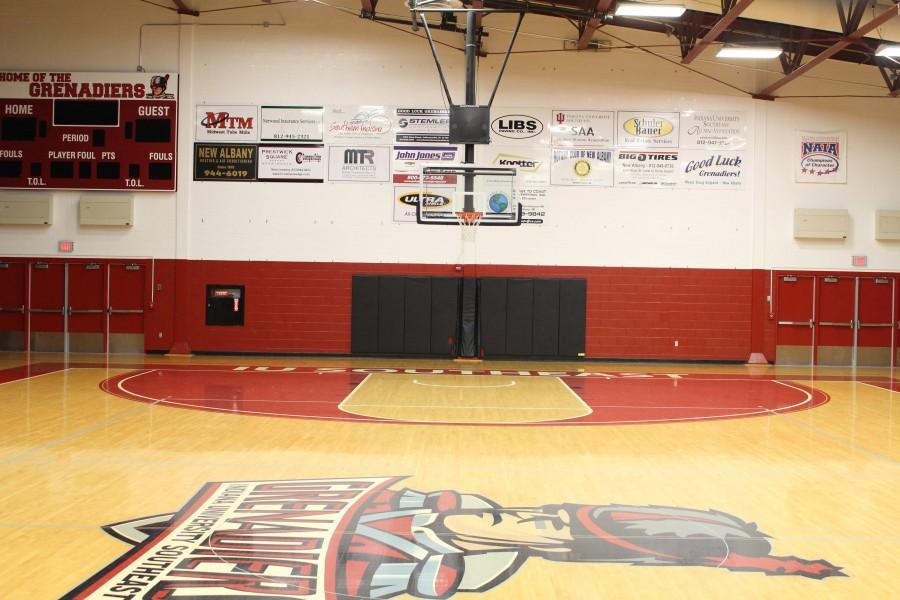 According to Williams, the IU Southeast gym passed the inspection and is able to open to full court access.

During half time warm-ups, opposing team Carlow’s seven foot center, John LeGrande, went up and dunked on the right side of the goal. As he continued to hang on the rim, he managed to pull the entire back board sideways.

Maintenance was not able to fix the back board in an appropriate time, so the game was called off leaving the match to go to a no contest.

“Everybody was in shock when it happened, including myself,” Athletic Director Joe Glover said.

“We had to loosen it to get it swinging again. We had to lift underneath it to get the basket up and we had two guys on the ladder pull the rim back around straight,” Tedford said. “Again we had to measure it from the floor to make sure it was the correct height still.”

As for the mystery behind how this event happened is still yet to be confirmed, but Williams said his guess is as good as any.

“I’ve never seen it before. I can see a big guy dunking it in the right way and obviously screws were loose and just momentum.” Williams said.

After this incident, Williams said it triggered a further check up on the rest of the equipment in the gym. He said that it would be important to check on everything in the gym before the problem happens again.

“We have a third party company coming in to inspect all six of these goals.” Williams said.

According to Williams, the IU Southeast activities building passed it’s inspection. All the equipment is safe to use and the goals are available to students who would like to shoot around or play pickup games. However, Williams suggests not hanging on the rims.