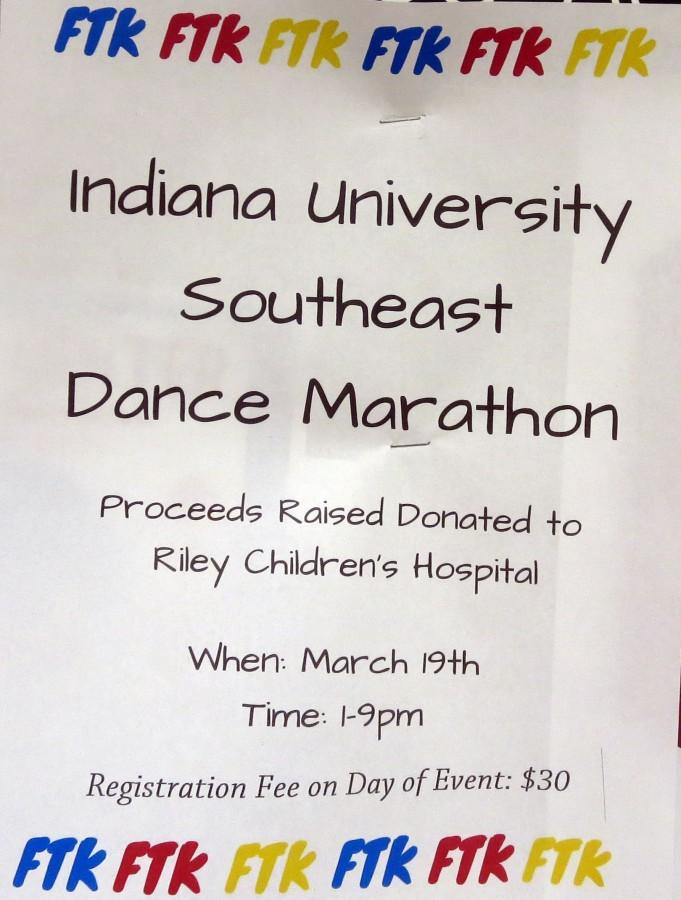 IU Southeast is holding a dance marathon that will raise money for Riley Hospital for Children in Indianapolis. 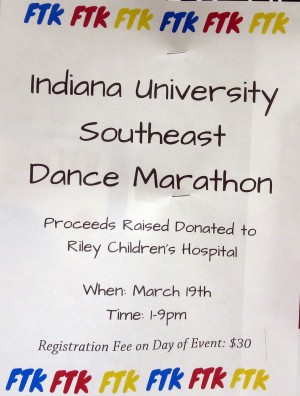 The dance marathon will last eight hours and will include dancing, food, games, activities and guest families from the Riley Children’s Hospital.

Alexis Swearingen, business junior in the marketing and management concentrations, said she is in charge of coordinating the event and working with all of the committee members.

“The goal is to bring all IUS students together for one philanthropy event. We want to raise money and awareness for the children at Riley Children’s Hospital as well,” Swearingen said.

She said IU Southeast used to have their own dance marathon committee a long time ago and held events like this every year. Swearingen said the committee stopped, so she is trying to bring it back.

Also, Wells said TKE has been fundraising at tables around campus.

“We had tables all week this week and had them set up two weeks ago inside the UC,” Wells said. “In the two weeks that we’ve raised money at tables, I’d say we’ve raised between $700 and $800.”

Swearingen said only people who register or pay at the door are allowed at the event.

“The dance marathon is a closed fundraising event that only the individuals that signed up and raised money can be included,” Swearingen said.

Individuals who want to attend can register the day of the dance marathon for $30. The fee includes $15 for registration and a $15 donation to the Riley Hospital for Children.