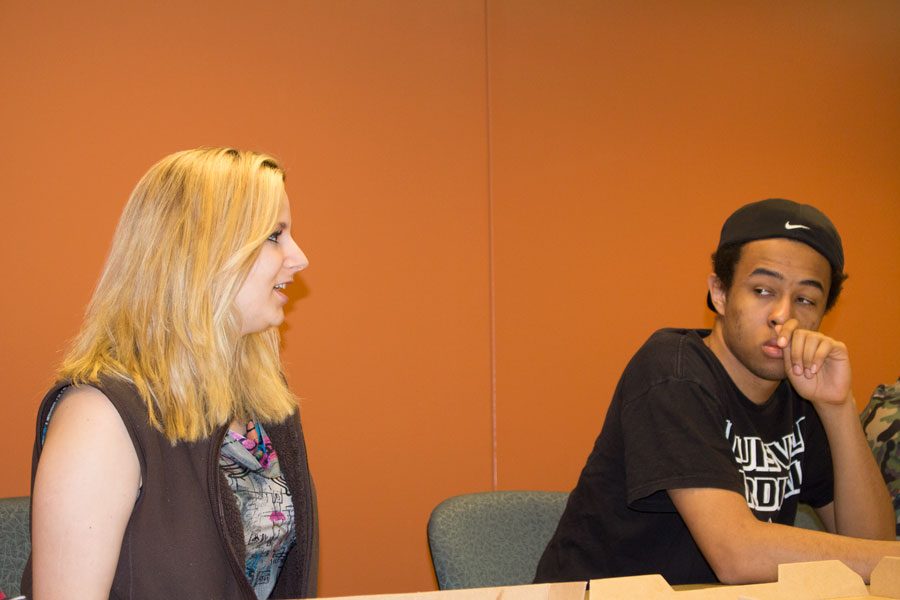 Sydney Lawson, biology freshman, tells the Student Government Association members why she is qualified to be the Senate chair. She was chosen as the first female SGA Senate chair in 30 years.

At the Student Government Association meeting on Thursday, April 21, a female will call the meeting to order for the first time in nearly 30 years.

Jeremy Eiler, business senior, unofficially led the meeting and walked new members through protocols, and new appointments were made.

Among those appointments was Sydney Lawson, biology freshman, to Senate chair.

“There hasn’t been a female senate chair for nearly 30 years,” Eiler said.

Lawson said she has experience in student organizations. She said she served on the Gay- Straight Alliance in high school. During her time in the GSA, she helped revamp the recycling program, plant two raised-bed gardens and organize speakers to come talk about their experiences.

“I have high hopes that the SGA can make a meaningful impact,” Lawson said. “I want to make better relationships with student organizations and the SGA.”

Mark Jallayu, political science sophomore, is the president of SGA. He said the SGA’s April 21 meeting will be the last meeting of the semester.

The final meeting of the semester will be in University Center North room 122 at 4:30 p.m. on April 21st.

Jallayu said the meeting’s agenda is undecided, but it will include updating the organization’s Facebook page.