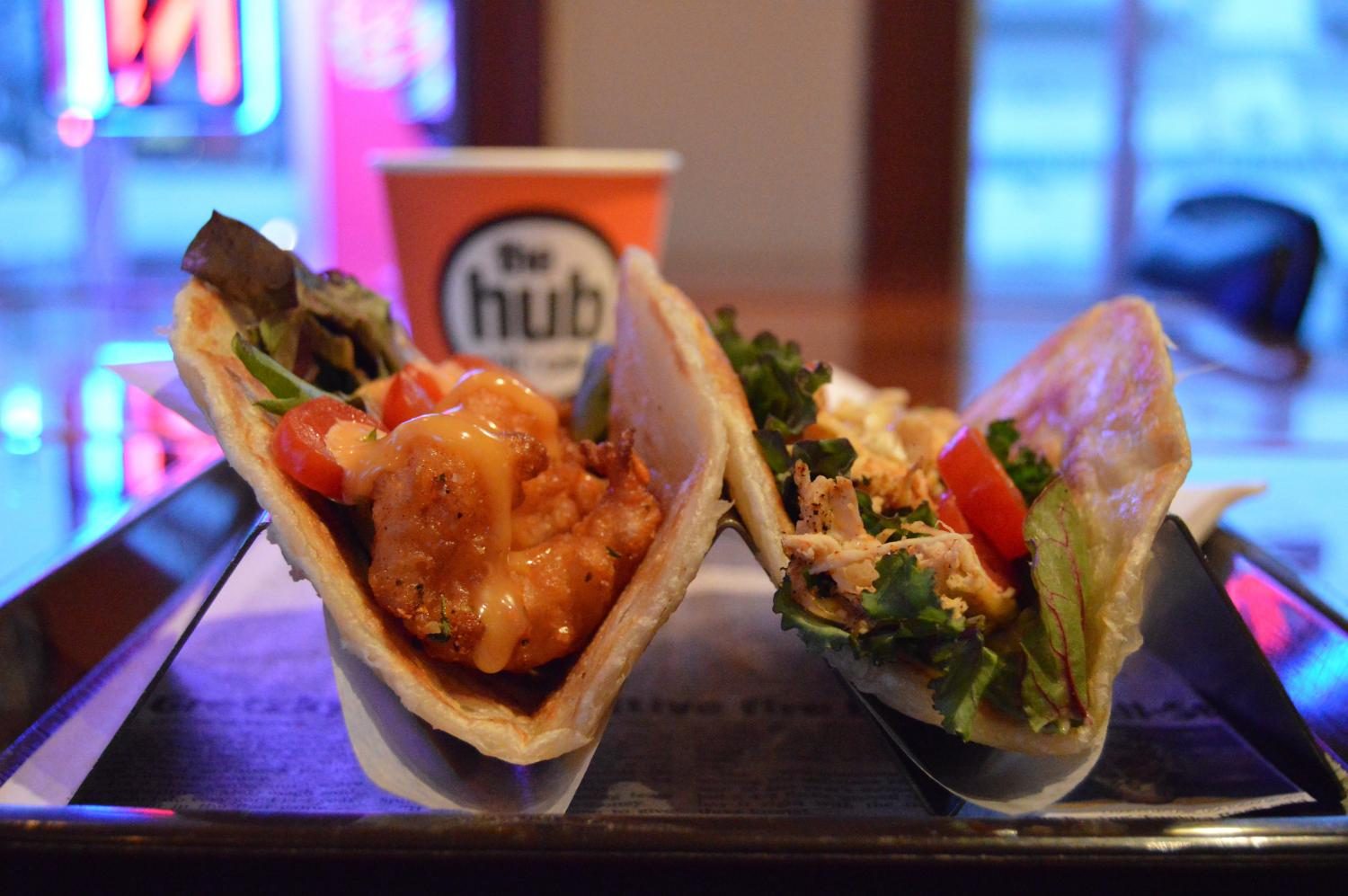 Roti bread, served at Urban Bread Company, has become a local stable for Jeffersonville residents as their signature dish offers a unique experience.

Located off of 10th Street in Jeffersonville and now working on a new location in New Albany, Urban Bread Company looks to expand their business within the next year, hoping to become further involved in the community.

Moving to Indiana from Georgia to be closer to family, Atlanta brothers and business owners Ben and Sam Jones struggled in meeting new people that would help start their business. Nick Jones, uncle of the brothers, has also contributed to the business.

Originally a shipping hub, the Jones’ saw an opportunity to introduce some of their favorite foods to Southern Indiana, creating new recipes with the roti.

The concept of a roti restaurant was started by the brothers and has extensively grown since first opening as “The Hub” in April of 2015.

“We always wanted to figure out how to describe what we serve our dishes on,” Sam told News and Tribune. “Everybody’s always confused. Is it a tortilla or a flatbread?”

The roti, a type of bread often served on a taco stand at Urban Bread Company, is a customer favorite. Grilled right along with other fresh ingredients, the roti sandwiches offer new tastes.

First facing challenges in space and staffing, the success of the business has allowed the employees to do more and will be able to double customers served in upcoming months.

The restaurant plans on relocating down the road, connecting the business to Clark County Auto Auction. The new location will offer a bigger kitchen and will offer more room and service for customers, doubling seats.

Despite the recent changes, Urban Bread Company will still keep the same recipes and concept as before with “The Hub.”

“We’re branching out and trying new things,” manager Kyle McKay said. “We’re trying to take things to new kind of level to keep the concept but fit into something more modern and urban for what’s growing.”

Starting in November of 2015, McKay had been a customer since that May. McKay said he recalls them asking if he wanted to apply and offered a part time position.

“I saw opportunities to grow with them,” McKay said. “Sometimes there are challenges, but we’ve all stuck through the changes together. I feel pretty blessed because I think we’ve put a lot of work into it.”

Community involvement and work has been a growing goal as the restaurant continues to reach out and expand. Participating in chili cook-offs and festivals, Urban Bread Company hopes to get more involved.

“We really try to get as much local food as possible,” McKay said. “They get a lot of ingredients from Jeffersonville’s Farmer Market. We get as much as we can so we definitely want to do a lot more. We want to involve more of the community food in what we do.”

Fan favorites of the roti sandwiches include the Chumbawamba and Smooth Criminal.

“I really like the Smooth Criminal because it’s something different but it tastes great,” customer Katie Orman said. “It’s nutella, bacon, and roasted pecans. I love all their food.”

Urban Bread Company also offers weekly specials and “Vegetarian Wednesdays” offering vegetarian and vegan options for customers.  The menus also include salads, desserts made by the mother of the owners, soups, and Italian themed coffee.

The company has also began doing local deliveries during lunchtime and want to create more items that are “grab and go” for customers in a rush.

“All the customers are great. We’re all kind of like one big family, manager Justin Politi said. “All of the products are fresh, it’s something different. The roti, you can’t really get that anywhere else. All of the food is made fresh; we make our own syrups, all the coffees. Everything is made by the people that work here.”