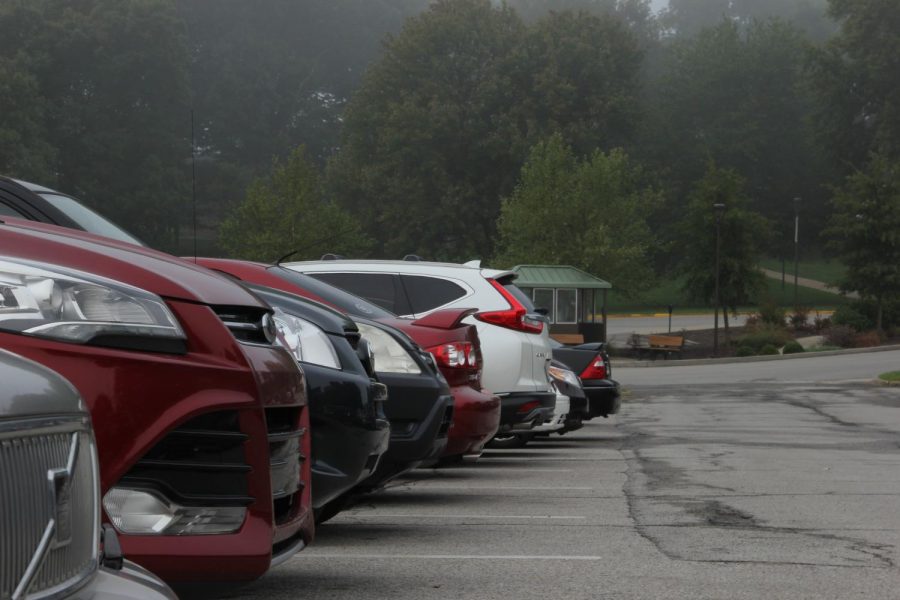 The Office of Institutional Effectiveness at IU Southeast reports that as of fall 2016, a mere eight percent of roughly 5,000 undergraduate students live on campus. That means the other 92 percent must commute to school and inevitably deal with the dilemma of a parking pass.

As if tuition, textbooks, meal plans or school supplies weren’t enough weight on a stressed student’s shoulders, college campuses have the audacity to charge ever-increasing fees for parking on campus.

Now listen, it’s understood that college is an optional course for young adults. In turn, unlike high school, students aren’t required to attend, so this institution can charge whatever they choose to fill their lots. The question I’m proposing is this: Why?

Obviously, the answer is money. Universities are, at their core, businesses raking in the profits of the smaller departments within the universities. Why charge nothing when a university can get away with higher parking prices every year?

It seems universities are doing the most to bleed students of the already limited funds that a college student has. After loading up on supplies needed for the semester, there are additional hoops to jump through for students.

To me, this has become an ethics issue. Critics of this argument blame wishful thinking, or respond with “this is just the way the world works.” It absolutely does not need to be this way. As of the 2017-2018 school year, parking permits are $45 a semester at IU Southeast, and range from $100-$169 a year at the University of Louisville for undergraduates.

This is nothing short of an outrage that has caused more problems for students. Because of ever-increasing prices of permits, more students are evading parking passes which often leads to tickets or towed cars. A logical person could assume that a university might aim to make attending their school an easier task for students and boost initiatives for commuters to travel. Parking passes are just more obstacles to make attending college a pain.

Money is the real motivation of universities who claim to provide the best means possible for student success. With a gradual increase in tuition and textbook rates every year, it seems the least a university can do is allow its students to show up and better themselves without a significant fee every semester to do so.

Another argument favoring parking passes is monitoring the vehicles on the property to ensure the land isn’t wasted on those it was not designed for. This argument doesn’t hold much water and has a quick fix – universities could simply provide free passes to students when they register for classes or pay the Bursar amount at the beginning of the semester.

I reckon the critics are correct. The world doesn’t work that way and it’s naïve for anyone to believe an institution would pass on guaranteed money, especially in today’s world. Students will never park for free on a college campus legally again; that is the reality. But that doesn’t make it right.