No Basketball; No Money

How the “death penalty” could affect local restaurants 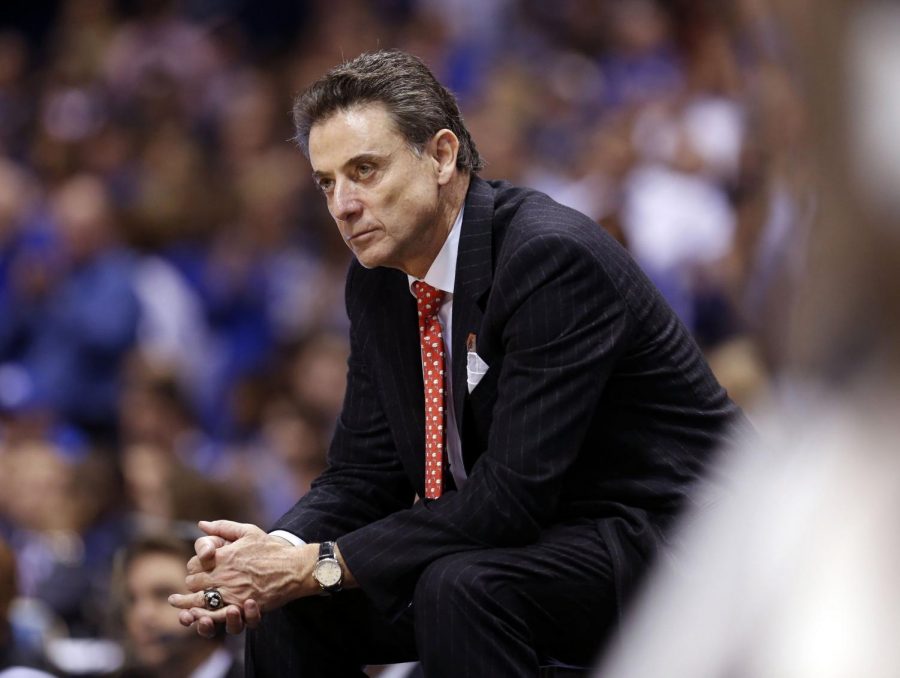 It could be an economic earthquake that could shake all of Louisville and the epicenter would be the KFC Yum! Center and the restaurants surrounding it.

On Sept. 26, the FBI rocked the college basketball world with their investigation into college coaches being paid tens of thousands of dollars to push NBA-ready players to apparel companies and sports agencies. Not omitted from the affidavit, was the University of Louisville, mentioned as “University 6,” for allegedly agreeing pay a top recruit — believed to be Brian Bowen — $100,000 in four installments.

“I think everyone was shocked at the Pitino and Jurich news,” Ben Barker, general manager of the Troll Pub Under the Bridge, said. “I think less with Pitino, but I doubt fans thought U of L would get rid of them both.”

The NCAA’s harshest infraction penalty is the repeat-violators legislation — otherwise known as the “death penalty.” Under this rule, should an athletics institution commit two separate violations, which are major in nature, within a five-year period, the NCAA can bring down the proverbial hammer and terminate the program for a year.

The penalty has been the topic of conversation any time an egregious scandal pops up in the world of collegiate athletics. However, the NCAA has refrained from dealing it out for 30 years.

The last time the penalty was used, it was the Dallas-based Southern Methodist University football team and their repeated pay-for-play scandal in the NCAA’s cross-hairs back in 1987. The impact it had on the SMU football program was something no one saw coming. The then-national-powerhouse program took more than 20 years to return to relevance in the college football world.

After the news of this scandal, many sports writers began speculating if the Louisville men’s basketball program would bring the penalty back to life.

Pat Forde, a Yahoo! Sports college athletics columnist and 17-year writer for The Courier-Journal, wrote in a column, “The damage to [college basketball] will be immense and long-lasting. The NCAA will have a hard fight to make anyone believe in its bread-winner sport again. Which is why the first order of business needs to be blasting Louisville basketball into non-existence. Shut it down.”

The city of Louisville is the largest local college basketball market in the entire country. According to the ESPN MediaZone, last year Louisville averaged the highest local rating of ESPN college basketball telecasts, marking its 15th consecutive year at the top and it has been at the top since ESPN began tracking the data. It’s score was more than double the score of the second highest market of Raleigh-Durham.

Being in the city with the largest market share, paired with the tremendous success on the court, it’s no shock the program is the most lucrative in all of men’s college basketball.

With at least 16 home games each season for the Louisville men’s team, fans come in droves to support the Cardinals each game. During the 2016-2017 season, fan support for the Cards were among the highest in the nation.

Before the games, many of the 22,090 crazed fans that pack the Yum! Center to watch the Cardinals play, will grab dinner or drinks at the restaurants surrounding the arena.

The Troll Pub Under the Bridge is one of the most popular places before the games, partially since it’s directly across the street from the Yum! Center’s east entrance.

“We’re really busy on gamedays, I mean we’re full,” Barker said. “Typically, on any U of L men’s basketball gameday, we fill up two to three hours before tip-off, and depending on the game time, we’ll fill up afterwards as well.”

The team’s games bring a drastic difference in customers to the restaurant. It may not be seen on weekends, however on weeknight games, it’s a staggering difference.

“The impact of the games on our sales revenue is largely dependent on what day the game is and also who [the team] is playing,” Barker said. “For instance, [a Tuesday night game], by 5 p.m. we should be full up until tip off, but we won’t have many people come in after the game; whereas on a Friday or Saturday night, we would definitely fill back up again afterwards.”

O’Shea’s Irish Pub downtown is another popular spot to get a meal or a couple drinks prior to the U of L men’s games. The pub doesn’t see a huge difference on weekend games, although they do change their method.

When the Cardinals enter ACC play for the season, Weber says the pub will see a lot more fans coming in before games.

“During the ACC conference games, we’re absolutely full,” Weber said. “We’ll open all three of our floors up and we will be full for at least two or three hours before the games, and maybe an hour after.”

True Impact of the “Death Penalty”

If the “death penalty” does come, restaurants wouldn’t just see losses from home games, but they would have to factor in losses from crowds during away games and the ACC or NCAA tournaments.

When the NCAA tournament rolls around, the Troll Pub becomes one of the biggest party scenes in the city.

These gameday hot spots don’t want to find out how the penalty could affect business. However, Barker is confident in their ability to survive because of the business the Troll Pub does outside of the program.

“I mean it’s the death penalty, it would have a huge impact on the city,” Barker said. “We’ll survive just because we have such a good business outside of U of L men’s basketball. But if the NCAA was to find that the sanctions against U of L should be so extreme, that they would give the “death penalty,” we would still be okay — but that is not what I would like to happen, and I don’t think anyone in this city, business or otherwise, would want that.”

Local Restaurants “On the Bubble”

Victor Matheson, a sports economist at College of the Holy Cross, doesn’t believe the impact would be as great as people fear.

Matheson has studied league shutdowns and cities after the loss of a professional sports team. He said there is essentially no impact on local economies when they lose a sports franchise.

“It’s not as if people who are not going out to basketball games are going to change their routine,” Matheson said. “They aren’t then instead going to spend the entire evening huddled in their closet, with the lights out, not eating anything or drinking anything.”

Barker knows the NCAA process could take a long time, considering the federal investigation has yet to wrap up. He doesn’t want to focus on all the negative the future could potentially hold.

“Right now, all I’m focused on is living in the present and putting out a quality product at a reasonable price,” Barker said. “The beauty of the restaurant business is it keeps you on your toes and you never know when you’re going to get a curveball. If we get a curveball with U of L, we’ll hit it out of the park just like we do everything else.”