Since President Trump’s inauguration one year ago, he has made many policies and proposals that affect college students. 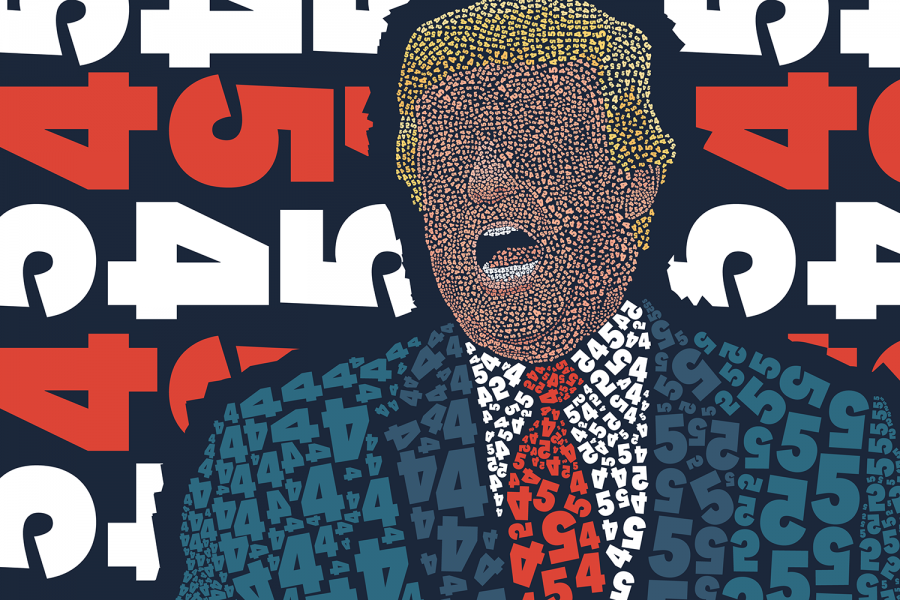 Jan. 20 marked one year since our 45th president, Donald Trump, rallied supporters to the United States Capitol with a vow to apply his bigger-and-better business style to the country as a whole.

“America will no longer settle for anything less than the best,” he declared. And after a divisive election, the next commander-in-chief pledged to be “president for all Americans.”

Since then, many have watched him, starry-eyed, as the hero they voted for, while others quietly count the days until his departure. One thing America can agree on is that, 12 months later, the changes and proposals since Trump’s oath have been undoubtedly seismic.

Cracking down on immigration, changes to taxes and health care and opting to withdrawal from the Paris Climate Agreement have been only a few of Trump’s bold initiatives this year, proving he indeed intended on keeping his word in making big changes.

Some policies or proposals have affected or have the potential to affect college students and young adults particularly strongly.

Under Title IX of the Education Amendments of 1972:

No person in the United States shall, on the basis of sex, be excluded from participation in, be denied the benefits of, or be subjected to discrimination under any education program or activity receiving federal financial assistance.

Betsy DeVos, Trump’s Secretary of Education, announced in September that it was formally rescinding Obama-era guidance on how schools should handle sexual assault investigations under Title IX.

Title IX is a federal law that prohibits discrimination based on sex for schools and programs that receive federal funding, including protection from sexual harassment. The former guidance required a more stringent standard in investigating and adjudicating sexual assault allegations.

DeVos said that her department was concerned that previous guidance denied proper due process to those accused.

As part of the interim guidance, the department also released a Q&A outlining recommendations on how schools should respond, including guidance on what schools are obligated to do in response to allegations and their flexibility in establishing their own procedures.

Under the new guidelines, schools will still be required to respond to reports of assault and harassment, but will not have the choice in how quickly they address the issue. Previously, schools were given a 60-day window.

Many disagreed with the changes.

However, DeVos was quick to defend herself and her department’s actions.

“This interim guidance will help schools as they work to combat sexual misconduct and will treat all students fairly,” DeVos said in a release. “Schools must continue to confront these horrific crimes and behaviors head-on. There will be no more sweeping them under the rug. But the process also must be fair and impartial, giving everyone more confidence in its outcomes.”

IU has said it plans to continue to follow its policies and procedures:

“We will continue to respond to all reports of possible sexual misconduct by offering and providing support and resources to those who need it, by objectively and thoroughly investigating reports and by conducting any related proceedings in a manner that assures due process, as well as fairness and dignity to all participants,” the university said in a statement released in response to DeVos’ statement.

As a part of IU, IU Southeast Title IX Deputy Coordinator Darlene Young said IU Southeast plans to adhere to the same standards as before as well, dealing with issues in a timely and serious manner while offering as much support to victims as possible.

“The most important thing [to the university] is that we still treat students with dignity and respect,” she said. “We want to be there for them.”

Jayla Rose, IU Southeast Journalism & Media freshman, said Title IX is something that means a lot to her as a woman and student. Rose said she was hurt to hear of the change but glad that IU Southeast will still take the matter seriously.

“I think [Title IX] is something great,” Rose said. “I don’t have to come on campus and worry about if I am going to be harrassed today and if I do, I know I’ll have the support from my campus in addressing the issue.”

Changes to Education and Financial Aid

In March, Trump proposed a budget that would essentially slash funding for a number of popular federal educational programs at both the K-12 and higher education levels.

The proposed budget is not final and is just a suggestion to Congress, which ultimately has the authority to pass a budget. But the proposal gives a sense of his administration’s priorities. It calls for a $9.2 billion, or 13.5 percent, spending cut to education. The cuts would be spread across K-12 and aid to higher education, according to documents released by the White House.

The proposals perhaps most consequential for college students relate to student aid. The proposed budget includes a stop on federal subsidies for the interest on some student loans. Currently, primarily low-income students have the option of taking out loans for which the federal government pays the interest while they are in school. This could potentially add thousands of dollars to the cost of college.

Additionally, the proposal would eliminate the Public Service Loan Forgiveness program, which was signed into law in 2007 by president George W. Bush and allows federal student loan borrowers working for the government or in nonprofits to have their debts forgiven after 10 years of repayment.

The goal of the program was to encourage student loan borrowers to enter fields that may be important to society but don’t guarantee a salary that makes student loans manageable.

Theresa Espinosa, a 2015 IU Southeast psychology graduate, said it has made her rethink her choices in going back to school later.

“I had wanted to go to graduate school in the coming year,” Espinosa said. “But honestly I’m not sure it’s worth it anymore.”

Espinosa said she is already paying back student loans from her time as an undergraduate and doesn’t think she wants to burden herself with more debt without that kind of program.

On the positive side, Trump’s proposals for higher education would include simplifying repayment of federal student loans and would make Pell Grants, which provide aid to low-income students, available year-round and not just in fall and spring semesters.

The House of Representatives is currently considering the PROSPER (Promoting Real Opportunity, Success, and Prosperity through Education Reform) Act, which includes some of the Trump proposals.

The economy has been booming. The stock market has experienced record highs, and unemployment in the Kentuckiana region, for example, is at a 17-year low.

“The economy has been growing, the stock market is an indication of that,” said Joseph Wert, professor of political science. “What we have seen that affects college students is that here at IU Southeast as well as a nationwide trend, college-aged students are opting to go into employment rather than college.”

Though the economy is strong, it’s debatable, experts say, the extent to which a president directly influences the larger it.

Schansberg says some of those significant things include how an administration regulates business. The Trump administration has pushed an agenda focused on eliminating many regulations some businesses say limits their ability to grow. That can be good for the economy.

“First of all, they’ve been trying to cut regulation,” says Schansberg. “Second, they’re not going to increase regulation, which is important to business… If you make the environment [for corporations] more or less friendly, you’re discouraging or encouraging economic activity.”

Those benefits, plus the lower tax rates that came out of the major tax overhaul passed by Congress and signed into law by President Trump in December, could mean benefits to working students and those looking for a job.

“Many companies, beginning immediately after the tax cut signed by Trump, announced that they were raising their wages, increasing their dividends,” Wert said.

He used the example of Walmart raising its wages to $11 an hour and said other companies have been following suit.

“The money that companies are saving on tax cuts – corporate tax cuts have been cut tremendously – is going to cause a growing economy,” Wert said. “The money that they are saving they are giving some or all of that to their workers, in the form of higher wages.”

Individuals will also see lower federal tax rates, which could be beneficial to young workers or college students trying to make ends meet. Those cuts, however, are not permanent and will expire after 2025.

Finally, the tax overhaul brought the end to the so-called individual mandate, which requires everyone to have health insurance. Young people, who tend to be healthier, may decide to forego buying it now.

“Another aspect of the tax law, you can argue either way being good or bad, is the elimination of the mandate to buy health insurance,” Wert said. “Students tend to be among the healthiest people in society and the least in need of health insurance. They won’t be penalized anymore if they decide not to buy it.”