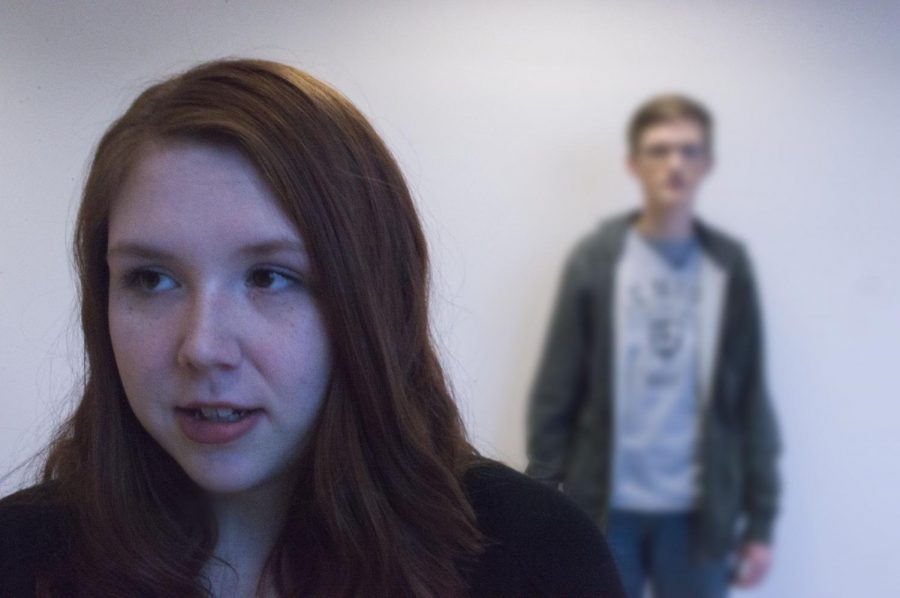 In reality, it’s a dating trend that’s rising in popularity where you are involved with someone for a time and then you cut off all communication with them, leaving them without closure.

It can be emotionally taxing on both ends, with the ghostee having questions unanswered and the ghoster feeling guilty for not providing the other person with a reason for leaving them.

An article published by the New York Times first covered the rising trend in 2015, but it had already been put into practice before then.

In 2014, a survey from the Huffington Post and YouGov revealed that 13% of people had been ghosted and 11% had ghosted another person.

As a term, though, ghosting seems to have taken off when Charlize Theron broke off her relationship with Sean Penn by ghosting him in 2015.

Since then, it has been increasing in recognition through outlets like social media and television shows that focus on popular culture.

To be Ghosted or to Ghost?

Those who are ghosted by another person can be left with questions like: Where did it go wrong? What could I have done differently? and feelings of self-doubt or betrayal.

“Ghosting says to another person that they are not worth acknowledging,” Dr. Tricia Chandler, a psychiatrist at Kentucky Psychiatric and Mental Health Services, said.

She added that feelings of self-absorption and low self-esteem can magnify after being rejected in this way.

Julia King, a sophomore elementary and special education major, recalled a date that she went on that left her confused. They hit it off well and enjoyed a long night together.

“We were having a really good time,” King said. “Or so I thought.”

He ended up apologizing to her for having to leave early for his job and said that he would make it up to her. The next day, she texted him, but received no response.

“Initially I was really bummed because it seemed like he liked me like I liked him,” She said.

She was lucky to not have known him for long, so it was easier to move on from the situation.

“He wasn’t worth worrying over,” King said.

A lasting impact doesn’t only come in the form of being ghosted, though. Those who ghost another person may feel like they have no other choice.

Jen Stratton, a senior marketing major at Asbury University, recalled a time when she felt that ghosting someone was her only way out of a toxic friendship.

The experience began with a man who befriended her over Facebook messenger, despite being engaged. At first, she didn’t question it, but didn’t try to initiate contact either.

“He was a very invested friend, and cared for people, but it got him in trouble because along with me he made friends with other girls,” Stratton said.

He continued to contact her and referred to her as his ‘

best friend’, even though the feeling wasn’t mutual. She gradually started leaving shorter messages and eventually just had to delete them without replying.

She said that, initially, she felt bad about it. But time has given her perspective.

“I don’t think it’s the greatest thing to do to someone at all, but I was so exhausted by everything,” Stratton said. “It’s weird finding the balance between not being hurtful and doing the best you can for yourself.”

With Instagram skyrocketing in 2010, Snapchat in 2011 and Tinder in 2012, it has never been easier to have such a wide variety of potential relationships at your fingertips.

“You can exclude people from a potential relationship without going on a date, spending money on dinner or a movie, or having to get dressed up only to meet someone with bad hygiene,” Michael Abernathy, senior lecturer of communication studies, said.

Apps have various connotations to them that are important to be aware of.

“Some are intended for ‘hooking up’ while others are focused more on developing romantic relationships,” Abernathy said.

Dr. Chandler described the adverse effects that a relationship built on false intimacy and little to no commitment has on a person’s trust.

“If the focus is on feeling good, then it follows that one will just walk away and find someone else when it starts to feel like work,” She said. “When couples jump into a physical union early in the relationship, there is an emotional bond that immediately forms which is not based on deeper values.”

She added that when a relationship is based on this bond, it will fail when the couple realizes that they aren’t compatible or the initial excitement wears off.

For someone who wants to take the easy way out, ghosting will seem more appealing than having an emotionally-driven conversation.

“The pain of rejection is exponentially higher due to the breaking of that bond,” Chandler said.

Before you consider ghosting someone, look at the options and see if you’re able to spare someone that pain. Closure is important for mental and emotional health.