A shorthanded Grenadiers squad falls to No. 1 seed Indiana Wesleyan Wildcats in the second round of the NAIA Division II Tournament 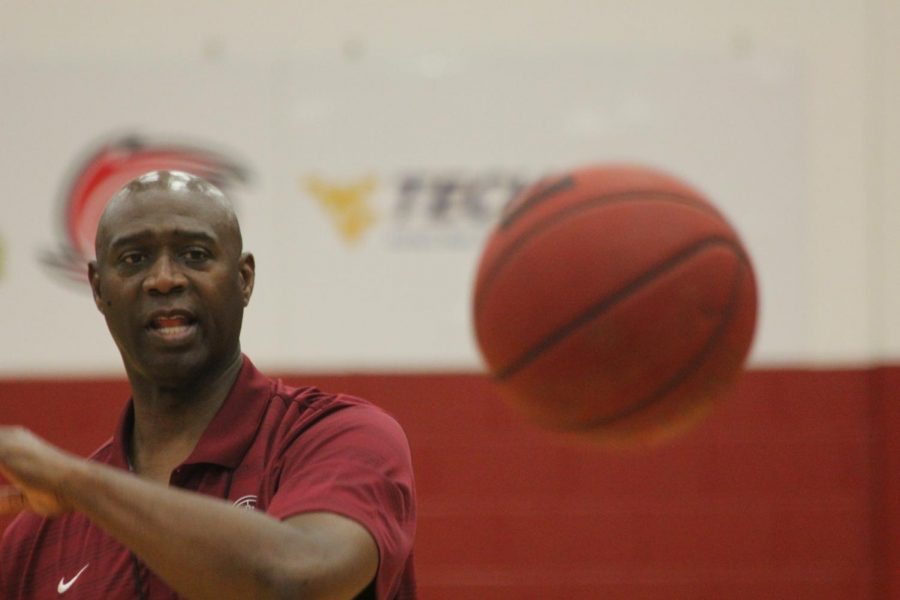 Wiley Brown passes the basketball during a team practice. Brown and the Grenadiers hope to take down the Wildcats of Indiana Wesleyan and move one step closer to another final four appearance.

March 9 — The IU Southeast men’s basketball season comes to an end as the Grenadiers fall to Indiana Wesleyan 85-72.

The Grenadiers squad began the game shorthanded, with their leading scorer, Jaime Johnson, and key reserve, Nick Tinsley, both forced to sit out due to injury. Tinsley turned an ankle in the second half of the team’s first round game and Johnson also suffered a back injury late in the game, according to the NAIA Division II Tournament broadcast.

Even without the two key contributors, the Grenadiers held the lead for most of the first half, but the Wildcats used a 10-0 run to take and extend their lead to 35-29 with 5:45 left in the first. The Wildcats never relinquished the lead after the run.

Already down two key players, it would only get worse for IU Southeast, when they lost senior point guard, Demetrius Stanton, late in the first half. He would not return for the remainder of the game.

Foul trouble crippled the shorthanded Grenadier squad in the first half. They put the Wildcats in the bonus around the halfway point in the first half, leading to the Wildcats getting 15 of their 46 first half points from the charity stripe. Senior forward, Joe Jackson, picked up three fouls in the first half, then a quick fourth at the 16:58 mark in the second half. Jackson was forced to watch the next 11 minutes of the half on the bench.

With normal contributors out due to injury and foul trouble, the Grenadiers were forced to rely on their young players to carry them. Freshmen David Burton, Lukas Burkman and Jordon Knoebel shouldered most of the load in the second half.

Though resilient as their effort was, the Grenadiers could not match the strength of the No. 1 seeded Wildcats, being out-shot 43 percent to 37 percent and out-rebounded 44 to 39.

The end of the season marks the end of the careers of IU Southeast’s four seniors — Demetrius Stanton, Jacob Mills, Joe Jackson and Cody Young. Stanton and Jackson both exit as part of the Grenadiers’ 1,000-point club.