In the summer’s first blockbuster, Marvel exceeds expectations with the studio’s most anticipated movie 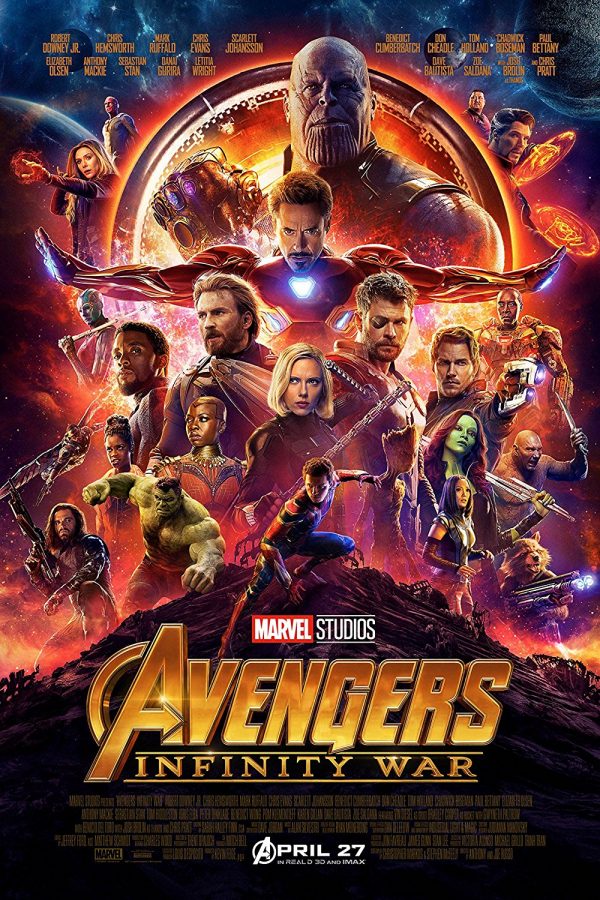 After 10 years of build up, through 18 films of origin stories, the two preceding “Avengers” films and other crossover events, and hours of on-screen character development, the most ambitious crossover film in cinematic history — “Avengers: Infinity War” — finally hit the big screen on April 27.

The way directors Anthony and Joe Russo divide the different heroes up among each other throughout the film is simply perfect. Some of the groups fans will see may not make sense at first, but by the end, they form sensational dynamics.

For the entirety of the 149 minute run-time, none of the story lines drag on too long, leaving the audience wanting to return to another group or story line, or vice versa.

The other surprise from the loaded cast is not a single character has to compromise who they are, or who they have become over the years, in the film. Iron Man is still the most arrogant and facetious hero in the Marvel Cinematic Universe (MCU). The Guardians are still a hilarious group of misfits who mesh perfectly. Thor is still a total badass with some sneaky one-liners. Cap is still the selfless hero we all need, but do not deserve.

For how good the heroes and protagonist group is, Thanos, the film’s antagonist, might be just as good, if not better.

Brolin’s voice and demeanor were the perfect casting for this somewhat “gentle” titan. Every time he speaks, he has the ability to make himself seem like the film’s protagonist. He’s not the cookie-cutter villain most Marvel fans are accustomed to.

Even as a genocidal-maniac, whose end goal is to wipe out half the universe’s population, — calm down, it’s in the trailers so I’m not spoiling anything — he speaks in such a persuasive manner to make the audience kind of see his side. He will stop at nothing to ensure his goals are accomplished and will fight off anyone in his path.

Looking back at the months leading up the the first “Avengers” film, it was described as one of the biggest crossover events in cinema history. It was a big deal at the time, but in hindsight, it only combined the stories of five films. “Infinity War” not only included those stories, but added thirteen more stories on top of it.

The Russo Brothers were given a nearly impossible task of hitting a target smaller than that of any film in MCU history. The challenge was not only making sure the stories lined up perfectly — which they did — but also balancing screen time with the star-studded cast. They absolutely nailed it, leading to the highest rated comic book film since “The Dark Knight.”

The newest installment in the MCU also delivers perfect set design and visual effects. Showing the destruction brought to places like New York and Scotland, as well as the other planets visited by the heroes, is one of the studio’s strongest areas and they crushed it in this film. The Battle of Wakanda scene will be one of Marvel fans favorites looking back over the 10-year journey.

It is an analogy often used, but this film is very much a roller coaster from the opening scene. There will be ups from the comedic reliefs and heroic triumphs often found in Marvel films. There will be twists and turns the audience will not see coming.

However, when a roller coaster goes up, it always comes down. From the trailers leading up to the film, fans see they can almost certainly expect there to be loss, especially when our heroes are challenging someone as powerful as Thanos.

So strap in, and enjoy the 10 years and 18 films worth of building, all culminating in the newest, and best, installment into the MCU.