What the Capital Gazette shooting means to student journalists 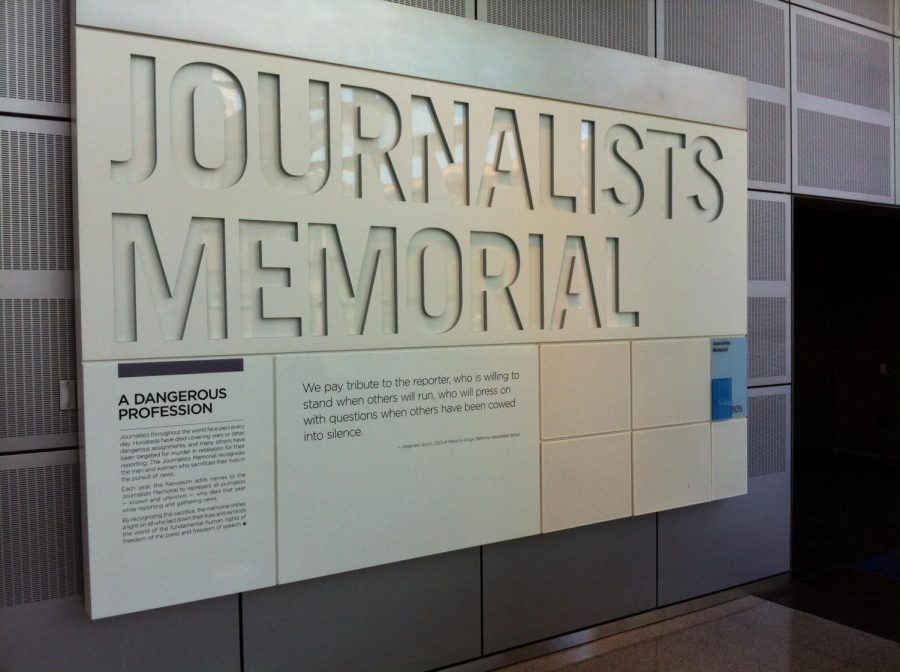 Courtesy of the Newseum used under a creative commons license

As journalists, our goal is to report the facts and make sense of difficult and confusing situations, and that is what The Capital Gazette did by publishing an issue the day after losing five of their colleagues to an active shooter in Annapolis, Maryland on Thursday.

Those are the journalists, the colleagues, the friends and family members shot and killed while doing their job, telling the story of their community.

As students studying media, we aspire to work in a profession where we are able to seek out the truth, to use facts to hold powerful people and institutions accountable and to report honestly to serve the public.

But as journalists, we see the difficult path ahead. We see the toxic effects of propaganda and false information masquerading as news. We see the sitting U.S. president calling our role models the “enemy of the American People.”

In a time of uncertainty, it can be difficult to remain hopeful, especially as a student. Pursuing a career post-graduation can be enough of a challenge, and in a time of intense backlash against the media, it can seem hopeless.

On Thursday afternoon, recently after the incident, The Capital tweeted, “Yes, we’re putting out a damn paper tomorrow.” And they did.

The issue the paper published following the loss of five colleagues was bold and simple, yet in the eyes of a young journalist, it also contained hope.

The strength The Capital staff displayed by covering an emotional and traumatic event is inspiring. How they reported the facts, included a section focusing on each fallen colleague and put the paper to bed shows that no matter how many hits the media takes, we’re always going to bounce back because we have to. We know that without the press, there is no democracy.

The Capital Gazette’s Friday issue featured an editorial page that was blank except for the words, “This page is intentionally left blank today to commemorate victims of Thursday’s shooting at our office. Tomorrow this page will return to its steady purpose of offering our readers informed opinion about the world around them, that they might be better citizens.”

You can view a digital version of that issue here.

“Freedom of the press is not just important to democracy, it is democracy.” – Walter Cronkite