Joe Epkey, IU Southeast tennis coach, used a competitive childhood to gain an edge in the game of tennis 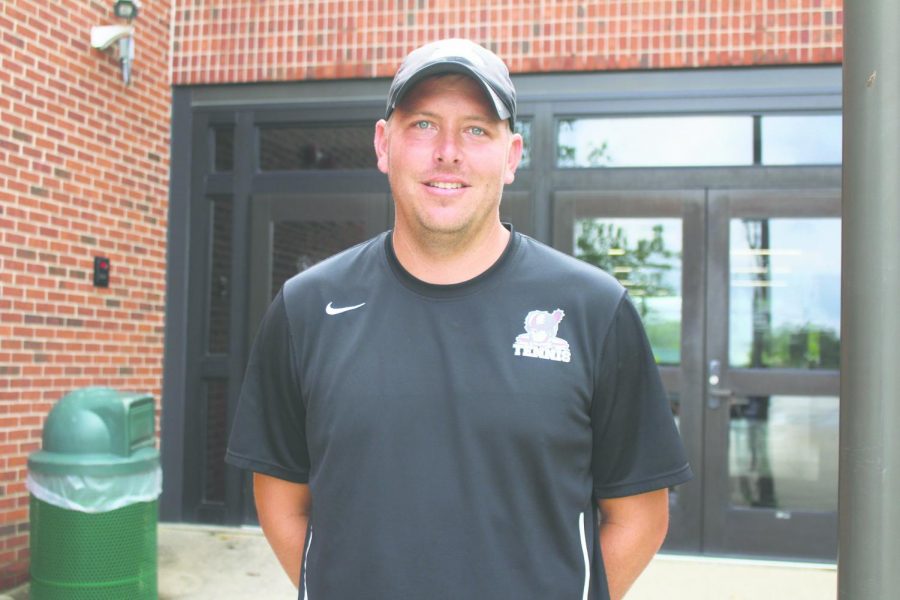 Joe Epkey is entering his sixth season at the helm of the Grenadier men’s and women’s tennis teams, but the sport has been a part of his life from the very beginning.

With his father as a coach, and sandwiched between two brothers — one a year older and one a year younger — who also loved playing the game, the Epkey household was a competitive environment in not only tennis, but all athletics.

“It was pretty competitive growing up, but being the middle [child], I kind of had the best of both worlds,” he said. “I had someone who was a little bit better than me in my older brother, and someone who I could beat up on in my younger brother.”

The competitive environment helped the brothers become better tennis players, eventually taking them beyond the high school level as players.

“I started my college career at [the University of] Southern Indiana for two years and then transferred and finished at Ball State, where me and my brothers all played on the same Division I college team together, which was pretty neat,” Epkey said.

Epkey’s career in tennis almost never happened, however, when he stopped playing for a year to pursue basketball prior to high school. Returning to tennis turned out to be the correct decision, and he noticed it could take him beyond high school at a young age.

“My freshman year, I won the [Indiana] state doubles title,” he said. “That is really where I started to feel more confident because I had some success and I figured I could do more than just play high school tennis.”

From Player to Coach

After his collegiate career and traveling the professional circuit for about a year, Epkey landed in Sellersburg with his wife and began working as a teaching professional.

He began coaching at Jeffersonville High School under Mark Reilly, where the team made it all the way to state. After Jeffersonville, Epkey moved up to collegiate coaching and accepted an assistant coaching job at Bellarmine University.

Epkey said he enjoys the relationships he is developing as a coach with his players.

“In college [coaching], you have a little bit more influence over the players because you see them every single day,” he said. “I feel like the college years are a really influential time of your life and to play a part in that is awesome to see.”

Epkey said he is a big sports fan when he is not coaching. He said he would love to mark some items off his bucket list and see some of sport’s biggest moments in person.

“I’ve got it on my bucket list to go see Wimbledon some day. It would be a great trip and some good tennis to watch,” he said. “I am a huge football fan too, so going to see a Super Bowl would be pretty awesome.”