Society opens up about casual sex 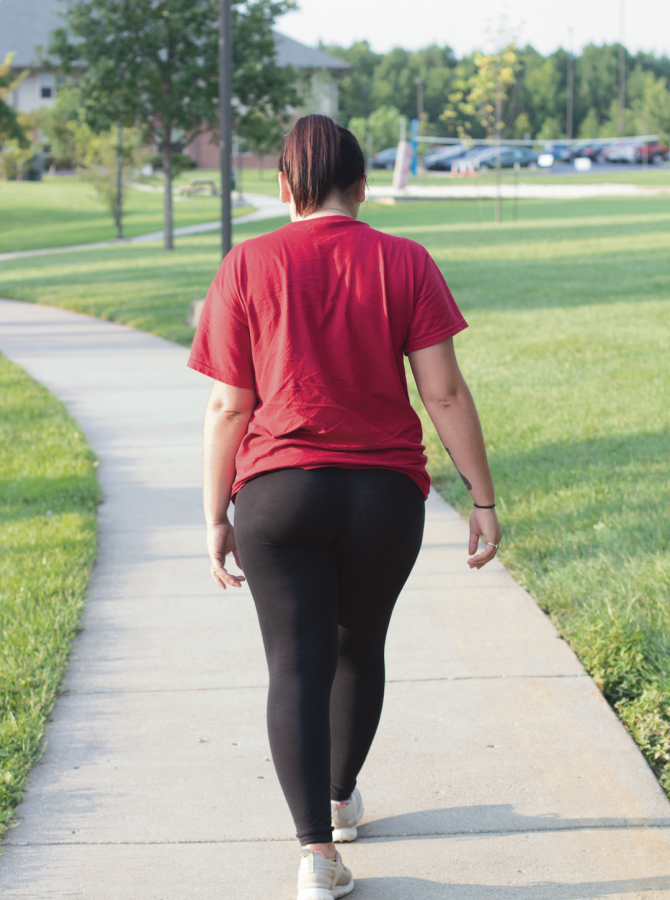 The infamous walk of shame: A walk that begins the night before, filled with excitement and anticipation of what is to come. But what actually defines the walk of shame?

It’s 11:52 p.m. on a Thursday night. Your stomach growls. You say to yourself, “I am starving,” so you drive to Taco bell. You order three beefy mini cheese quesadillas, a steak quesadilla and two nacho fries with extra cheese. After scarfing down the meal in the parking lot, you feel a little guilty but mostly satisfied because you needed a hardy meal to fulfill your needs. Isn’t this a lot like sex?

Now think about it. It’s 11:52 p.m. on a Thursday night. You start to get that craving. You know what I’m talking about. You say to yourself, “I am starving,” so you pick up the phone and call your “good friend.” You all meet up for a friendly meal together. Afterwards, you feel a little guilty but mostly satisfied. See the resemblance?

“Casual sex is really no more harmful than casual eating,” Woodward said. “You can either have a really hardy meal and say, ‘Yes, I’m having dinner or I’m just going to snack a little bit.’ It’s really whatever appeals to your appetite. So, it’s not any more harmful to have sex with your friend than it is your 30-year-long partner.”

If Woodward is correct, why does the American culture focus so much of their attention on sex being harmful? The slander of casual sex is not necessarily evident, but the evidence slyly reveals itself through terms such as “the walk of shame.”

The infamous walk of shame: A walk that begins the night before, filled with excitement and anticipation of what is to come. But what actually defines the walk of shame?

According to the ever-so-popular Urban Dictionary, it is an instance of walking back home on the day after a casual sexual encounter. Whether your dressed in the same clothes or not, that’s up to how well the night went.

The interesting part to this “walk of shame” is not necessarily the story behind the walk, but the irony with the phrase itself. Take a careful look at the defined term and the definition of the term. Why is this walk of shame called the walk of “shame” if sex between two partners is casual?

If this is true, then why do so many people feel shameful about it. Woodward explains when focusing on culture, one would find that in the Judeo-Christian culture or certain Muslim cultures, sex out of wedlock is not accepted. When focusing on other cultures like the Polynesian culture, there is a huge variety of sexual practice.

“Looking at other cultures, it’s perfectly acceptable, and the only reason anyone would do is because it feels good. The only reason people have sex, is because it feels good to them, whether it be emotionally or physically. It satisfies a need. So it’s only when we put that cultural context on it that we start to come up with judgments and emotional connotations,” Woodward said. “The United States is actually very behind in that aspect of culture.”

So why is there such a negative push on college students hooking up. Studies have said it is because today’s generation is having more sex. Others have proven that theory wrong.

In a study done by Martin Monto, sociology professor at the University of Portland, college students today are not hooking up any more than they did in the 1980s.

The study was based on a nationally representative sample from a survey of more than 1,800 people ages 18 to 25. Questions were asked and designed to looked at the sexual practices and norms of each person.

Monto and a colleague essentially took this survey and duplicated it, but from the years of 2002-2010. The results from both surveys were compared with results that were found to be a little shocking.

They found that students nowadays don’t have sex more often and don’t have more partners than in the previous time period. Of the students from 2002-2010, 59.3 percent reported having sex at least once a week, compared with 65.2 percent of students from 1988-1996.

And 31.6 percent of the modern group reported having more than one sexual partner in the past year, compared with 31.9 percent of the other group surveyed.

This study shows that the “walk of shame” hasn’t been walked more now than it was in the 1980s. If this is true, then why does it seem like our society in today’s world is hooking up more?

“It seems that people are more open to their sexuality than they ever have been,” said Woodward. “Young people have recognized that just like there is religious diversity and ethnic diversity, there is also sexual diversity … and that comes with our culture.”

The theme of openness is not only shown in today’s era, but more importantly, around students and young adults.

“I feel like people today talk about sex a lot more, especially on TV and in the media. It seems a lot more acceptable to talk about than it ever has been,” said nursing senior major Samantha Smith.

Within the classroom walls, Woodward finds it interesting that there is an age restriction to openness, however.

“I’ve found that in my sexuality class, those who are more open to sharing their sexual experiences are those around the age of 20-35,” said Woodward. “The perception that people have more sex today than ever is only because people talk about it more.”

In the last decade, Woodward has seen that there is a greater willingness of people to talk about what happens under the sheets.

“I am not God. I do not know what people and I cannot see what they are doing in the bedrooms right now,” said Woodward. “All I know is what people talk about. What I’ve seen is that in the 10 years that I’ve been teaching is people’s willingness to talk about their sexual behaviors. I believe that has shifted over the years.”

Believe it or not, sexuality among human beings in the last few decades have not increased. The desire to have sex is the same now, as it was with your parents. The “walk of shame” was happening 30 years ago; it was just kept on the down low.