IUPD offers training to students and faculty on campus 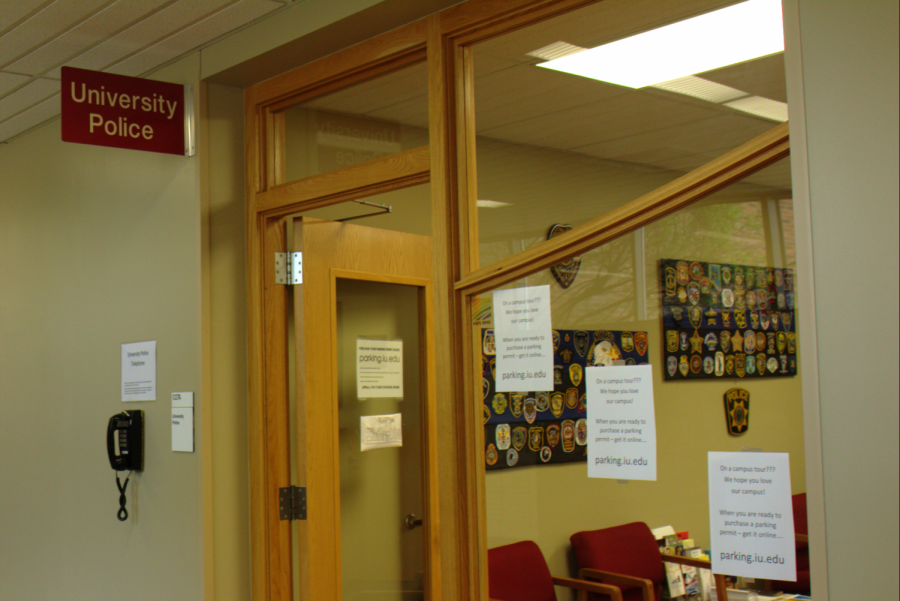 The police department are always available to address any concerns.

School shootings have been taking up headlines more frequently in the past few years. The Indiana University Police Department, or IUPD, is taking steps to ensure that IU Southeast is prepared in the event of an active shooting.

IU Southeast has experienced two active shooter false alarms in the past, both times with witnesses reporting someone wielding a gun on campus. Even though these were false reports, the IUPD strongly encourages everyone to report anything suspicious.

“If you see something, say something,” IUPD officer Monica Burnell-Wise said. “Be vigilant, if we get a complaint that is a concern to a student or faculty member, we do act on it.”

Since these incidents have occurred, the IUPD has doubled down on preparing students and faculty for what to do if an active shooting ever takes place on campus. One way they do this is by offering active shooter training presentations regularly over the course of the semester. The active shooter training is the same training that IU Bloomington offers and is conducted by Burnell-Wise.

The training is an hour-long session that covers the importance of knowing the layout of the campus so that students can quickly escape. The core components of the training are simply to run, hide and fight, Burnell-Wise said.

According to Ken Long, IU Bloomington’s director of emergency management and continuity, the ‘Run, Hide, Fight’ directions aren’t meant to happen in order. ‘Run’ is seen as the best option, because it gets you away from the attack. ‘Hide’ is the second best option.

“The key [is to] separate yourself from the incident if at all possible, and do what you need to do to protect yourself, whether it’s hiding or fighting,” Long said.

It is best that students not worry about trying to bring any of their belongings with them when trying to escape, as this could potentially slow them down.

“Don’t worry about your backpack or belongings in an active shooting,” Burnell-Wise said. “Those are tangible objects that we can replace. We can’t replace you.”

During the event of an active shooting, it is important for students to know what to expect from police officers in order to safely get out of the situation.

Officer Burnell-Wise stressed the importance of not having anything in your hands when confronted by the police, not even a cell phone, because officers need to be sure that everyone they are dealing with is unarmed before they can safely get them out of the building.

Officers will often yell their commands in these situations. The reason officers do this is because in high-stress situations the auditory system tends to shut down, so officers need to be sure that their commands are heard clearly.

It is important to note that the officers that enter the building during an active shooting are not going to tend to the injured. The primary goal of the police in these situations is to neutralize the threat as quickly as possible to keep the body count down.

“They are going to go wherever they hear the shots being fired in order to stop the shooting,” Burnell-Wise said.

The officer explained that once the threat is neutralized and the area is safe, a recon team and paramedics will be sent in to assist and evacuate the injured to get them to the hospital as quickly as possible.

“This is an important issue to us. We strongly encourage students to attend these training sessions,” Burnell-Wise said.

Beth Hunter, secondary language arts education junior, has attended one of the training sessions and as a result, she said she feels more prepared to protect herself in the event of an active shooting.

“I know that I won’t feel helpless if a situation does occur, and I think that’s the most important thing a student can come out of this training with,” said Hunter.

Hunter recommended that all students attend the training in order to be prepared.

“Attend the training. I know students think that they won’t encounter that and why should they waste their time going, but it’s so worth it,” Hunter said.