The Second Baptist Church, located in downtown New Albany, was a part of the Underground Railroad during the mid-19th century 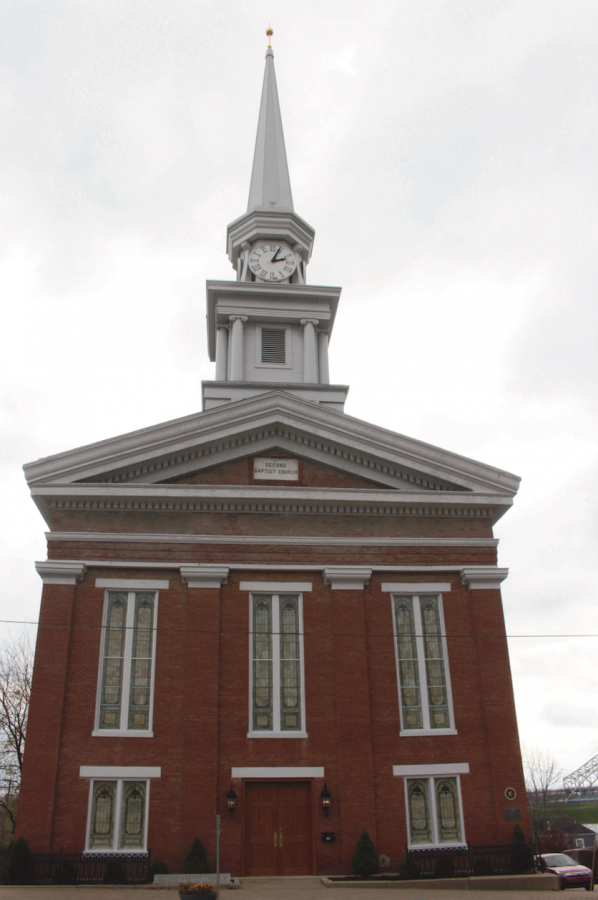 The Second Baptist Church in downtown New Albany, known in those days as the Town Clock Church, was built in 1852. It was a resource for slaves who were searching for freedom.

During slavery, which happened between 1619 and 1865, Indiana was a free state that bordered Kentucky, a slave state. If slaves could make it across the Ohio River, they would be one step closer to freedom.

The church was originally a Presbyterian church but was sold to a Baptist congregation in 1889.

The church was initially formed in 1837 after the Presbyterian church became divided and some members decided to follow more progressive ideas. The “New School” Presbyterians also did not support slavery and wanted to see it stopped.

James Brooks joined the Presbyterian Church in 1830 and became the president of the New Albany-Salem Railroad in 1847, the railroad line that was a confirmed escape route for slaves.

Historian Pamela Peters, author of “A History of the Underground Railroad in Floyd County,” described how she first found out about the history of the church after moving to New Albany.

“I was immediately taken by the fact that New Albany sat right on the Ohio River across from a slave state,” Peters said. “I grew up in the upper Midwest and I was curious about how the slaves got across the river and someone told me that the church was used as a hiding place. I wondered – why did they have to hide?” Peters said.

After researching the history of the church, she discovered that there were people who came to New Albany to intimidate slaves and capture them so they can go back into slavery. Therefore, they needed a place to hide until they could get far enough away from a slave state to be safe.

Peters also said there were people in New Albany who formed missions and helped the former slaves in other ways such as helping teach them how to read and write and providing clothing and food for them. Others also helped transport former slaves to areas that were further away from the slave state.

“These people were protected by the fact that they were upstanding merchants and bankers and citizens of New Albany,” Peters said. “The anti-black paper in New Albany was a little afraid to touch the subject.

The church was recently restored to become more historically accurate. Also, the church was in need of repairs to roof and paint upgrades. The steeple has been restored and updated using more current technology and the sanctuary reflects the look of the church in the 1800s.

An Underground Railroad exhibit was added to the church, which allows visitors to tour the church and see the spaces where slaves arrived and were hidden.

The restoration was initiated in part when Jerry Finn, executive director at the Horseshoe Foundation, was told of the condition of the church by another board member.

“The Horseshoe Foundation was involved in the Carnegie Underground Railroad exhibit and I met Pam Peters who wrote the book,” Finn said. “Meeting her and learning more about the church history motivated me to help get the church restored.”

Finn also said a motivating factor for restoring the church was also the history surrounding the building. Finn said he was fascinated by the fact that the congregation could trace its roots to the 1830s when slaves and free blacks worshipped there.

Both Finn and Peters say that knowing the history of the church should be important to all residents of the area. They both say that residents should be proud of those who took a stand when they could have been harmed for doing so.

“We all have an obligation to stand up for what’s right,” Finn said. “When we see injustice in the world, we have a moral obligation to stop it. We can make a difference.”

Peters said some people hated slavery enough to go out and do something about it and they were ostracized from society because of this. She also said people gossiped about the abolitionists; however, they persisted and continued to help others.

“People should have a better understanding of what the Underground Railroad was,” Peters said. “People always think tunnel, think hiding and they put it in a realm of mystery that it doesn’t need.”