‘The Grinch’ is a visual spectacle

While the latest retelling of Dr. Seuss’s timeless tale is pleasing to the eye, some narrative choices and vocal performances weigh it down 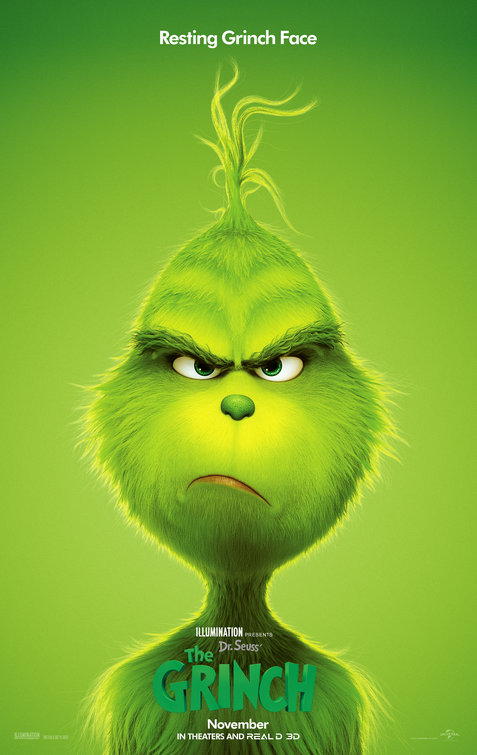 This year’s adaption of Dr. Seuss’s “How the Grinch Stole Christmas” is made by Illumination, the studio that brought us “Despicable Me” and “Secret Life of Pets.” Benedict Cumberbatch stars as the voice of Mr. Grinch, as Rashida Jones and Kenan Thompson also lend their voices.

“How the Grinch Stole Christmas” is a classic holiday story. The original animated feature premiered in 1966, Jim Carrey brought the mean one to life in 2000 and 2018’s “The Grinch” breathes new, brightly-animated life into the story.

This film tells the tale of the Grinch, an anti-Christmas grump who plots to steal Christmas from the citizens of Whoville, eventually seeing the error in his ways.

Illumination’s “The Grinch” is visually stunning and a great diversion for young audiences, but the story is lukewarm and almost tears at the seams trying to reach the 90-minute mark.

The film does many things well, though the definition of “many” changes depending on the viewer’s age. Hyper-realistic computer animation brings Whoville into the 21st century and the modernized storyline will land well with wide audiences.

After all, it’s hard to mess up Dr. Seuss’s story. Beyond swirling lights, oafish animals and a few endearing characters, “The Grinch” is a standard animated holiday film that puts forth minimal effort.

The main qualm I have with “The Grinch” is with Benedict Cumberbatch. Star of “Sherlock Holmes,” the British actor speaks with an American accent in the film.

If I didn’t know it was Cumberbatch, I would have guessed the actor was just someone doing a fifty-fifty split between a bad Ed Helms impression and an even worse Jim Carrey impression. Carrey’s live-action Grinch left big shoes to fill, and Cumberbatch doesn’t fit the shoe size.

The modernized aspects of the film are both refreshing and obnoxious. Cindy Lou Who’s mother is a single parent of three, a role that is portrayed in a good light.

On the other hand, Tyler, the Creator raps the Grinch’s theme. It’s not inherently bad, but very noticeably out of place with the rest of the movie.

“The Grinch” is great for children, parents and superfans of the Dr. Seuss classic. It’s not a multifaceted cinematic masterpiece, but it doesn’t really need to be.