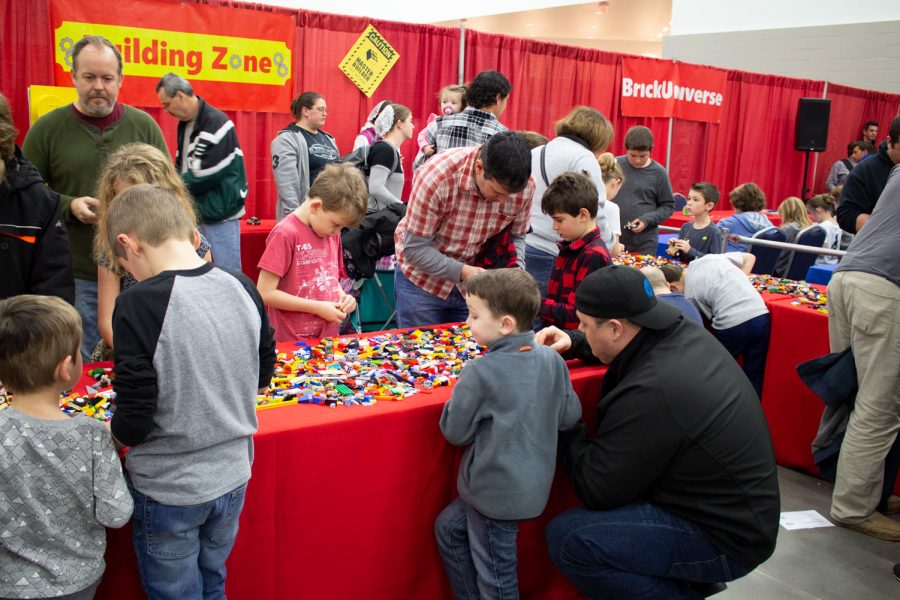 Children and guardians gather at the Lego Building Zone to create projects of their own.

A room full of hundreds of Lego creations and tens of thousands of Lego bricks is a wonderland in the eyes of Lego lovers alike. BrickUniverse Lego Fan Convention showcased that wonderland at the Kentucky International Convention Center in downtown Louisville on Jan. 19 and 20.

Professional Lego artists Paul Hetherington, Rocco Buttliere, E.J. Bocan III, and Jonathan Lopes were on site for the BrickUniverse Lego Fan Convention. The artists sat in their galleries, ready to talk to Lego lovers and autograph prints. The galleries showed off Lego art creations, including more than 40 mini replicas of world landmarks, a 62,500 Lego brick model of New York City’s Grand Central Terminal, and a 14-foot model of the Manhattan Bridge.

The Lego Building Zone consisted of tables with hundreds of different Lego bricks piled atop them. People of all ages gathered around in concentration to begin their very own Lego creations.

Since 2015, BrickUniverse has curated one of the largest Lego fan events in the world where local Lego lovers take part in building, learning, and playing amongst professional Lego artists.