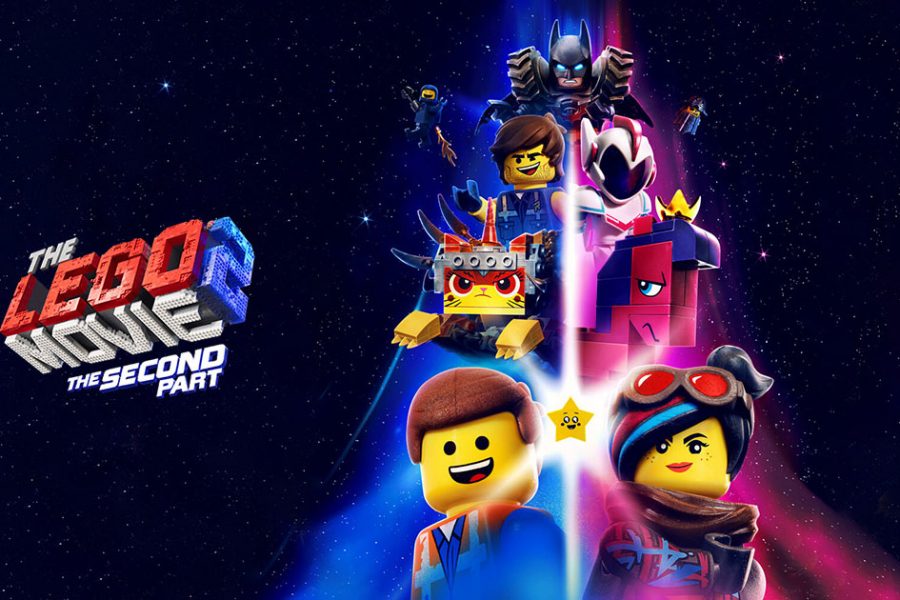 When I learned that Warner Brothers was releasing a sequel to the “Lego Movie”, I was both excited and concerned. The first movie was phenomenal — it had memorable characters, tasteful humor and a surprisingly touching plot about a father learning to relinquish control of his vision, and let his child’s creativity interrupt his perfect world. Most of the story was told through animated plastic bricks, executed well by producers Phil Lord and Chris Miller, of “Cloudy With a Chance of Meatballs” and “21 Jump Street” fame.

I was excited to see where the directors would take the series next, but my cynical adult mind was reminding me it was a sequel, and sequels are notorious for falling short. 2014’s “LEGO Movie” was a massive success, grossing $469 million on a $60 million budget, so a sequel was almost a guarantee.

Sitting in the theater, I was scared to see something I once enjoyed ruined because Hollywood wanted to squeeze more money out of it.

Thankfully, I was wrong. “The Lego Movie 2: The Second Part” expands the world of the first one while still relating it to human themes. Instead of a father learning to include his son, this time the focus is on an older brother getting along with his sister and her vision and ideas.

Five years have passed since the original “Lego Movie” Finn (Jadon Sand) is now a teenager and his sister Bianca (Brooklynn Prince) is no longer a toddler. Their new personalities shine through their new creations.

Finn has recreated Bricksburg as a post-apocalyptic, toughened town with no room for fun, reflecting his new grown-up attitude about his toys. Bianca has also developed her own way of playing, with the “Sys-star” system representing her new glitter-saturated ideas about how to build with Legos.

Emmet (Chris Pratt) is still the star of the show, and when his friends get kidnapped by newcomer Queen Watevra Wa’Nabi (Tiffany Haddish), he takes it upon himself to venture to the Sys-star system to save them from massages and glitter baths.

Along the way, he runs into Rex Dangervest, also voiced by Chris Pratt. Together they plan to save Emmet’s friends and stop “Our-ma-mageddon”.

The rest of the movie revolves around their plan to save their friends, but with a few surprising plot twists, events are kept fresh and the settings stay varied, so the pacing stays fast.

Some of the characters from the first movie take a back seat so that new characters can have more screen time. Their lack of character development feels like a missed opportunity and many of them come off as flat. Emmet and Wyldstyle (Elizabeth Banks) definitely experience the most growth from the first movie, and it ties in nicely to the overarching narrative between Finn and Bianca.

The sequel does suffer from some of the traditional problems any second installment would. It reuses some tropes from the original that fall flat the second time around. The biggest one being another “hit song” similar to “Everything is Awesome” from the first. The music felt forced and seemed like a diversion just to give kids something to listen to.

Some of the jokes fell short as well, but there were still many one-liners that landed strong. A few jokes also felt overused and went on for a bit too long. However, there were some surprisingly well done cameos that I will not ruin for you. They were pleasant surprises and are sure to be crowd-pleasers.

“The Lego Movie 2: The Second Part” is a return to form for Warner Brothers. Although suffering from a few problems most sequels fall victim to, it was still full of charm, humor and a heartfelt message about overcoming sibling differences.