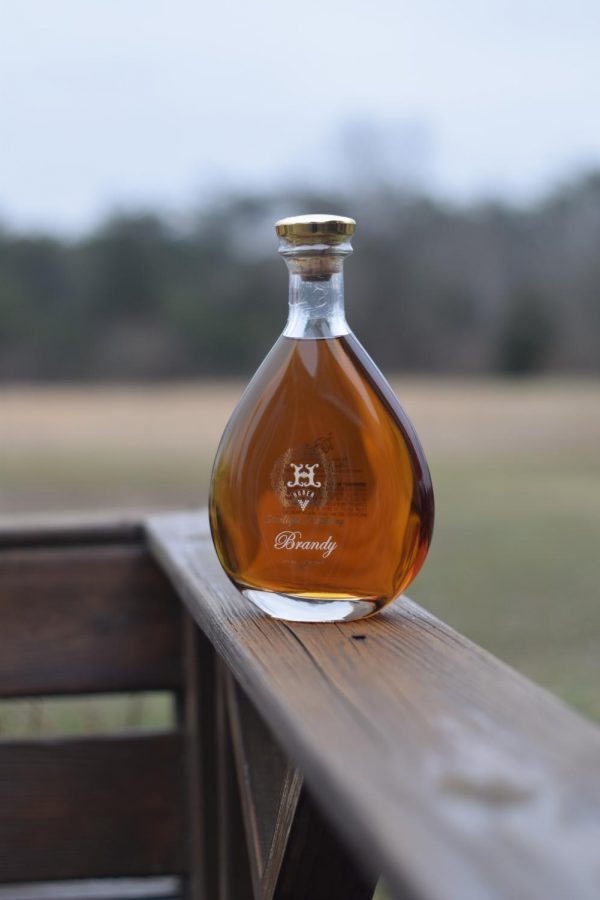 Brandy, a distillate of wine, faces unfair biases among consumers. For example, buyers see “apple” on the label of an apple brandy bottle and think the drink inside must taste like apples.

Brandy is disadvantaged from the start. Buyers expecting a sweet and fruit-flavored drink are nearly always disappointed. After all, the flavor of a fruit comes largely from its sugar, which is almost entirely stripped away from the drink during fermentation.

But for those who know brandy, Starlight Distillery’s Private Reserve Brandy will not disappoint. I would go so far as to say this brandy stands above all other brandies I have ever had to date.

Private Reserve Brandy is aged in French oak barrels for at least five years, a process which lends itself to the complex nose of the drink – the brandy begins with a dessert wine-like nose, evolves into a light oaky aroma, and ultimately reaches a very slight but pleasant citrus finish.

This drink has extraordinary mouthfeel – it is viscous, but not so much to offend the tongue or feel like a syrup. Private Reserve Brandy finds the rare balance between silky and syrupy in what can only be described as a buttery mouthfeel. Not too thin, not too thick.

Private Reserve Brandy’s greatest strength, its flavor, is also its greatest weakness. Like many brandies, the flavor is incredibly delicate – if too big a sip is taken, the flavor almost instantly dissipates to heat. The heat presents itself not as the painful heat in the back of the throat typical in brandies, but instead as warmth on the roof of the mouth.

The flavor is there, but it vanishes so quickly after entering the mouth I found myself sniffing the glass to bring some of the flavor back. If the drink finished with the flavors present in the nose, it would stand much better on its own. That is not to say the drink cannot be enjoyed simply by itself on ice – that is how I prefer it – but this brandy uses the delicate nature of its flavor to its advantage in one way that, as a lover of brandy-centric cocktails, I appreciate very much:

That said, this drink can very easily be enjoyed on its own. I would happily watch a movie at home while sipping this brandy, and I think the quality of Starlight Distillery’s Private Reserve Brandy justifies its high price of $59.99. This is an excellent product, and one I would be happy to include in any home bar.
John’s Score: 4.3/5