Costello hopes to focus on bettering the campus and improve the atmosphere of the SGA while senate members focus on sustainability, increasing efficiency and bringing more options to campus 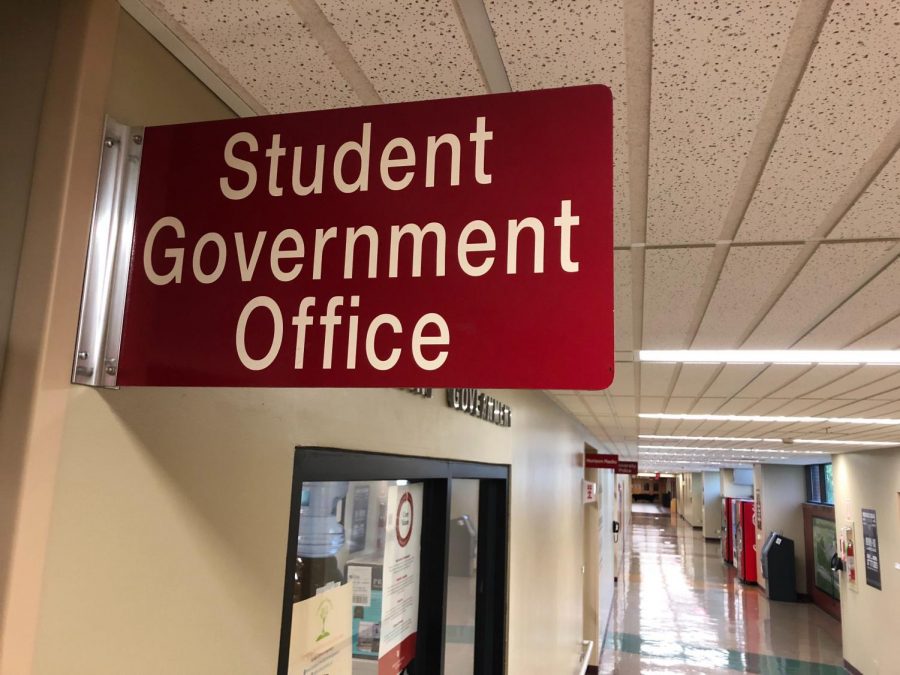 The latest IU Southeast Student Government Association election occurred immediately before the university was shut down due to the COVID-19 pandemic. The election determined both the SGA president and the composition of the SGA senate.

John Pillow’s main goal was to pass anti-hazing legislation. He was a member of Greek life and sees hazing as a big problem for IUS, noting the recent Horizon article on the issue.

He also wanted to increase awareness of different organizations on campus. He chose his vice president, Ethan Hoerig, since he knew him from class and thought he would be a good running mate.

“We need to work with the senate,” Pillow said, regarding the gridlock last semester and resulting debacle.

Kameo Costello ran to improve the overall quality of the SGA, noting that the organization has stagnated. He wants to rebuild its numbers and raise campus awareness of what the SGA does.

His main policy goals are installing solar panels on campus, providing free hygiene products in restrooms and posting the names of buildings outside to make them more identifiable.

Costello said he chose Von Allmen to be his running mate since the two work well together and his other picks were about to graduate. To prevent the gridlock of last semester, Costello wants to improve the atmosphere of the SGA and prevent anyone from getting too much power.

“Everyone just wants to get things done,” Costello said.

Regarding the closure of campus due to the virus outbreak, Costello said that no concrete plans for the following semester have been made, saying that it would be unwise to do so.

He added that his proposed hygiene bills will likely be given more consideration when classes resume.

Costello also highlighted the fact that the current closures are only temporary.

“I want to stress that we will all return to campus eventually,” he said. “Both Rebecca and I urge everyone to follow the most up to date CDC guidelines, as well as IU’s advice, in order to make this temporary isolation as short as possible.”

Von Allmen stated that she loves IUS and the school’s students and staff.

“I am looking forward to spending my senior year giving back to the school that I love so much,” she said.
Senate Elections
Along with the presidential election, elections for the senate were held as well.

Former SGA President Grant Hill, along with Dannon Olsen, Trevor Allen and Ja’Sean Cathey ran for senate seats. All four of them were elected.

Hill said he was running due to his interest in government. He was appointed as SGA president last semester.

He stated that while he was honored to be president, he didn’t intend to hold the position.

“I’m more at home in the senate,” Hill said.

He wants to put sustainability issues at the forefront.

Allen was running due to his desire to be a public servant and the fact that the SGA needs more people.

Cathey’s main goals are to bring more activities and food options to campus, as well as provide an outlet for student concerns to be heard and bring more diversity to the SGA.
Ballot Measures
In addition to the presidential election and senate election, several ballot measures were included. All of them passed and they will be added to the constitution.

One of the most notable questions asked whether pronouns in the constitution should be changed to gender-neutral ones.

Both Pillow and Costello are supportive of this measure. Pillow stated that it makes sense and that he is fine with it. Costello, who identifies as non-binary, said he personally didn’t care about the wording but added there was no reason not to change it.

Other ballot measures included a question changing the date of senate elections, changes to the arbitration and impeachment process, preventing failed senate nominations from being re-nominated for two weeks and specifying senator absence rules.