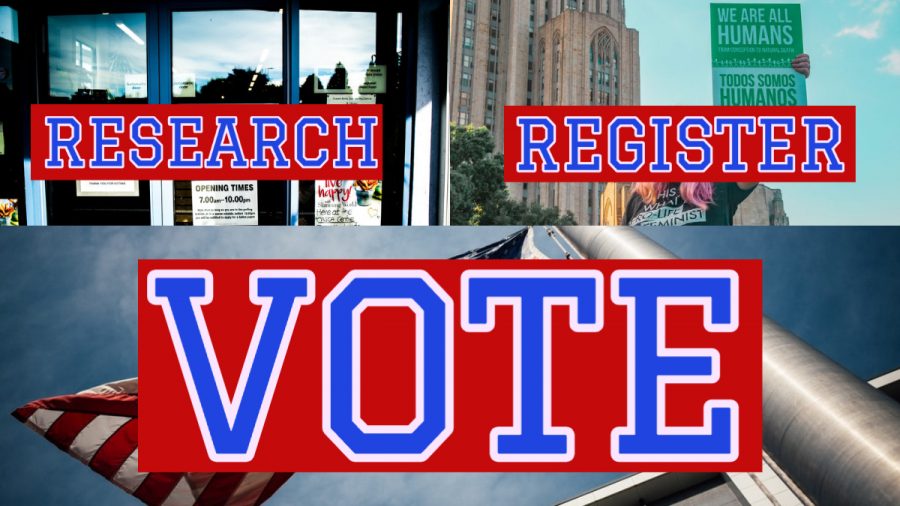 If you intend to vote in the 2020 Presidential Election or feel the need to understand the issues behind it, and don’t know where to begin, a few of the IUS political science professors have helped The Horizon create the perfect guide.

“My father says that this is the most important presidential election in his lifetime,” said Dr. Margot Morgan, an assistant professor with the political science department.  “He is 73-years-old. For him to say that, after having witnessed the Civil Rights Era, the Kennedy assassinations, and the Nixon-Watergate scandal says a lot.”

Dr. Joe Wert, the president of the Faculty Senate and professor of political science, gave The Horizon a detailed breakdown of the issues from the perspective of both candidates platforms and the ramifications for the country given a win by either former Vice President Joe Biden or President Donald Trump. The information is broken up into key areas of national policy and then broken down further by candidate in this graphic, as well as voter resources for those in both Kentucky and Indiana.

Though they preferred not to give their opinion on specific issues, both Morgan and Dr. Rhonda Wrzenski, coordinator for the IUS political science department, made sure to emphasize the importance of both the presidential and local elections, making sure that students understood that both Kentucky and Indiana had very important state elections this November in addition to the race for the White House.

“Voters in Indiana are selecting their governor and voters in Kentucky are determining whether Mitch McConnell will return as a party leader in the U.S. Senate,” Wrzenski said.  “Below these races are a host of elections for city council, state representative, and so forth.  In short, there is a lot at stake in this election and these policies can shape what the higher education landscape looks like for the future from student loan repayments, to mask mandates on campus, to funding for higher education.”

Wrzenski also stressed the need for patience in learning the results of the national election, given the massive rise in voter turnout for the contentious 2020 Elections, especially by early and mail-in voters. She said to expect a delay in results due to the volume of non-traditional votes, but not to panic if that delay seems to go on a bit longer than students are used to.

“Given that a candidate needs 270 electoral votes to be declared the winner, it is probable that the result could be delayed,” Wrzenski said. “This is not a cause for panic or for people to be worried about fraud. But it is something students should be aware of.”

No matter the results, or the views voters may hold, Wrzenski and her colleagues agreed on one thing: This election will have serious repercussions for the nation and voters should be informed and aware of its significance.