The Keystone XL Pipeline expansion: An opportunity for jobs or an environmental nightmare? 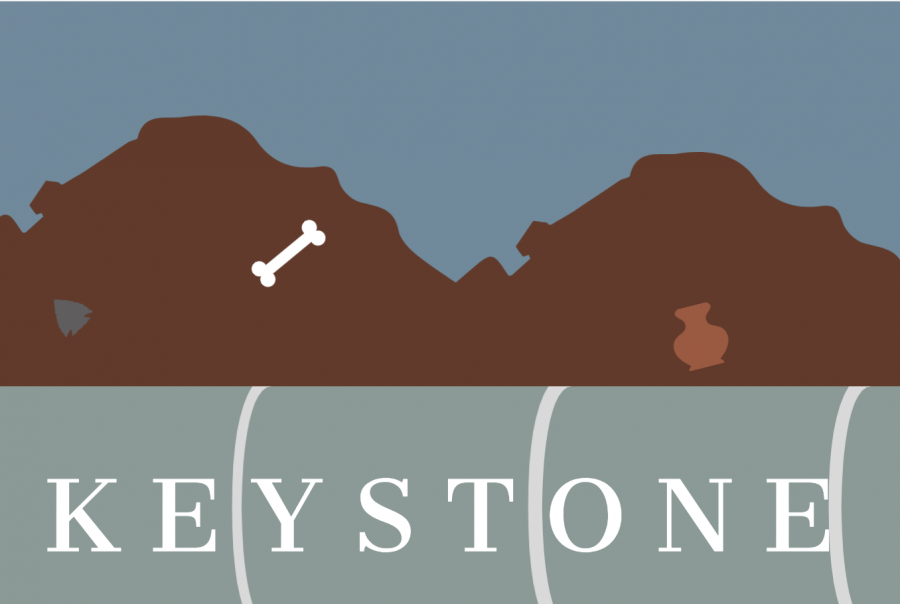 Initially commissioned in 2010 and permitted for expansion in 2018, the Keystone Pipeline has now halted construction. This is a big loss for the fossil fuel industry but a huge step toward a healthier environment.

The Keystone Pipeline, owned by TC Energy, is an oil pipeline that runs approximately 1,200 miles through Canada and the United States. The pipeline itself directs oil from Canada to Texas.

Keystone XL said that the expansion would bring an estimated 10,400 temporary jobs to the United States. However, most of the jobs created by the pipeline construction will be eliminated within years. As stated by Energy Central, that would leave as few as 35 American jobs once the construction is complete.

According to the Global Energy Institute, the pipeline expansion will cost nearly $8 billion.

“It will be paid for partially from property taxes from the states it will be affecting,” said Bailey Black, an IUS sophomore majoring in geoscience and minoring in sustainability.

The pipeline expansion has sparked major controversy within American politics and environmental activist groups. The new project would cut through Indigenous territories and endangered wildlife habitats in the United States.

Numerous lawsuits have been filed by the Native American Rights Fund on behalf of Indigenous tribes such as the Rosebud Sioux Tribe, the Fort Belknap Indian Community and the Gros Ventre Tribes.

The pipeline extends concern to climate crisis activists as well. Organizations such as National Geographic say the Keystone Pipeline could potentially endanger animals as well as their habitats, which would cause irrevocable damage.

“The pipeline goes through a Canadian national forest. It will tear down trees, muck up the soil which will damage the ecosystem, and kill off many of the bird species that occupy the forests,” Black said.

That extensive damage affects just one Canadian national forest. It does not even count the other damaged reservations that the pipeline will plow through as well.

Additionally, National Geographic said that the pipeline could raise our dependence on fossil fuels and push back opportunities for renewable energy prospects.

In 2019, the pipeline’s second biggest oil spill leaked 383,000 gallons into the North Dakota wetlands. If a spill were to happen within the Keystone expansion, it could be detrimental.

“When an inevitable spill occurs, it will be more devastating than the BP oil spill,” Black said.

On Jan. 20, President Joe Biden signed an executive order for protecting public health and tackling the climate crisis. This executive order revoked the permit for the Keystone XL Pipeline.

Despite push back from the fossil fuel industry, Biden stated that the pipeline would not serve national interest. Instead, he said its construction would undermine U.S. climate leadership by undercutting the credibility and influence of the nation.