Super Bowl referee Sarah Thomas and many other women with the NFL are making a scene in women’s sports, encouraging the lives of female athletes all across the country 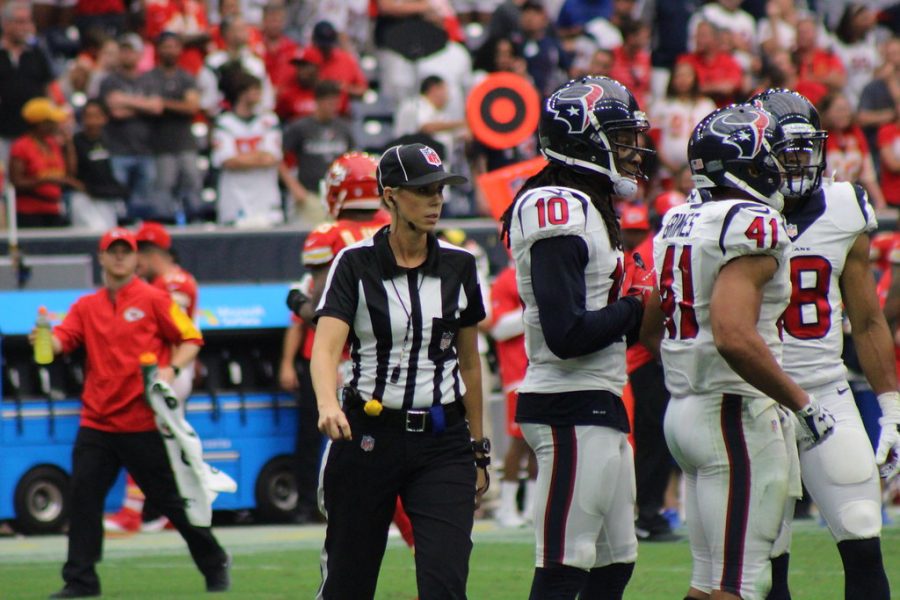 Women all over the country have been making themselves heard in the name of equality, but the visibility of women in the sports industry has had a much slower progression. According to the University of Minnesota, around 40% of sports include women, but only 4% of these women are seen in the media today.

In other words, the broadcast of female athletes is not as “broad” as it should be.

Sarah Thomas was the first woman in history to referee the NFL’s Super Bowl this year, forcing the media’s eyes to look her way.

This year was not the only first for Thomas. In 2015, an NFL issue of Sports Illustrated revealed that Thomas became the first woman to become a full-time official for the NFL.

Thomas’ actions have not gone unnoticed by young female athletes, including Hannah Corus. Corus, a sophomore majoring in international studies and political science, is an IU Southeast women’s basketball player.

Corus said this year was the first time she had ever watched the Super Bowl from start to finish. She felt immense pride watching Thomas as referee.

“It definitely makes me hopeful to see that women are getting these opportunities that they’ve been robbed of,” she said. “It’s been overdue.”

Jennifer King is another example of a woman leading the change for female athletes. Sports Illustrated said King became the first woman of color to work with the NFL as a full-time assistant coach for the Washington Football Team this year.

Thomas and King have become exceptional role models for the next generation of female athletes, which can make or break an athlete’s character.

According to the CNBC, five other women have taken coaching jobs with the NFL this year, which is the most women in history to work with the NFL at one time.

Women are making a difference in sports history and it has not gone unnoticed. Many stories and features have been written by a variety of different media outlets around the country.

Most importantly, women like Thomas and King have caused inspiration to blossom in the hearts of young female athletes participating in all types of sports.

Corus, who participated in basketball during high school, has noticed a lot of change since starting basketball in college. She feels college women’s basketball has given her an opportunity to fight for herself. One such opportunity is debating for more playing time.

While Corus loves giving 110% for herself and her teammates, Corus says it has been interesting growing up as a female athlete.

“When people think about basketball, they think of men,” she said.

Corus also shared her thoughts about the progress that has been made so far in women’s sports.

“I love the advancements that I’m seeing. We’re starting at a good place by celebrating women’s accomplishments just as much as men’s,” Corus said.

Overall, the progress made for women in the sports industry is a great thing. While the media displays the miraculous stories of courageous female athletes reaching for the stars, young women are being taught to strive for their own personal athletic goals.