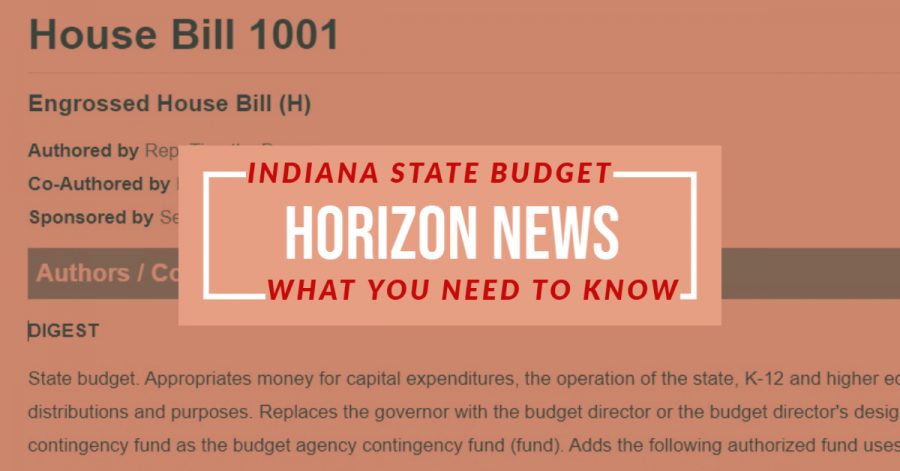 After experiencing an unprecedented revenue spike, the Indiana House of Representatives has decided to allocate more funds to education, COVID-19 relief and the Indiana Choice Scholarship Program, more commonly known as the school voucher program, in the most recent version of House Bill 1001.

While it hasn’t been approved by the state’s Senate or by Gov. Eric Holcomb yet, the bill passed through the House in February after a series of amendments. The bill will be debated and either rejected or approved by April 29.

The bill also makes a large number of tweaks to the Indiana tax code and commerce regulations. The highlights include new restrictions on retailers who sell “vapor products,” increases in cigarette taxes and also establishes a 10% excise tax on the sale of “electronic cigarettes”.

Where are the Funds Coming From?

According to data released by the State Budget Agency, February sales tax revenue was $62.4 million above estimates and $62 million above the sales tax revenue from last February. Following this trend, general state revenue is $147.6 million more than the estimates put out by the State Budget Agency in December of last year. The agency believes the increased revenue streams have been caused in part by federal policy actions, in this case, stimulus payments to businesses and individuals.

While the agency does not definitively say that Indiana will continue to see increases in revenue, they do believe that April and June may see increased fluctuations and deviations from December’s economic forecast due to the increased economic activity usually presented during those months.

From those losing their businesses due to COVID-related lockdowns, Indiana tobacco, and electronic cigarette users, as well as teachers and students in the Indiana K-12 system, there’s a wide range of people who might be helped or hurt by this bill. The definition of that impact is heavily subjective.

IUS alumna and Clarksville Excel Center instructor Quintera Quinn is of the opinion that the changes to education budgetary policy are more of a help than a hindrance to students in less privileged situations.

“The idea that some people may not be able to get a quality education due to finances is sad and unfair,” Quinn said. “If this program is expanded, I believe it could help a lot of people, both presently and in their futures as they search for jobs, further education, etc.”

As a charter school teacher, Quinn believes heavily in the efficacy of unique or experimental teaching methods for students having difficulties with traditional methods, whether the student is traditional or coming back into school after an absence.

“We have students who returned to get their high school diploma, largely adults, but minors who were unsuccessful in their traditional schools sometimes transfer to us,” Quinn said. “They benefit from the different styles of teaching, including smaller class sizes and more scaffolding/differentiation.”

Fellow IUS alumna and Kentucky educator Taylor Lowe agreed with Quinn on the assistance this program might provide to those in poor economic circumstances and went so far as to say that expansion of the school voucher system or something similar might do wonders for Kentucky’s education system.

“If Kentucky could follow Indiana and have more support for financial assistance in schools, the education sphere would be a much better place,” Lowe said. “Everything revolves around money.”

As the budget deadline closes in, the Indiana Senate will have to either sign off on the bill or go into negotiations with the House before sending it on to Gov. Holcomb for approval.

Whether the bill stays as is throughout these legislative hurdles is uncertain, especially given the governor’s call for this surplus to be used to pay down state debt and to cut higher education funding due to the hard economic circumstances of the past year, according to his 2021 legislative agenda presentation. Hoosiers will have to wait and see whether cuts or increases win out in the continuing negotiations for the upcoming two-year budget.