SGA presidential elections will be a one-horse race 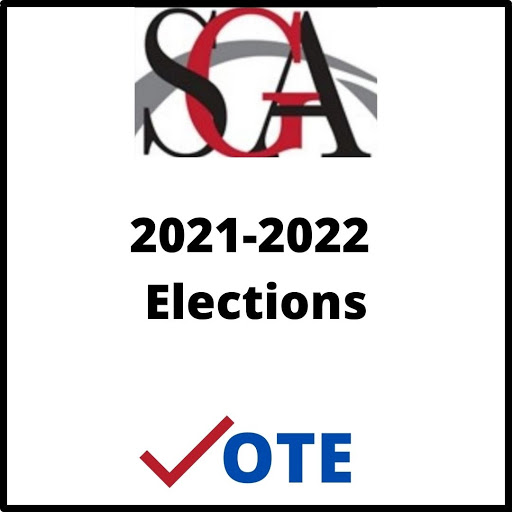 Despite Rebecca Von Allmen and Evan Hunter’s recent elections as president and vice president of IU Southeast Student Government Association, the organization is organizing elections for officers and senators for the 2021-2022 school year. While the spring elections are normally a hearty competition between IUS students, one candidate will run unopposed for the SGA presidency.

That person is Dannon Olsen, the organization’s current Senate Chair. Olsen is currently one of only three names on the entire SGA ballot alongside being the only one running for president. The minuscule number of names on the ballot this year might result from new election procedures that were implemented due to the COVID-19 pandemic.

Chloe Thompson, the chief justice of SGA and the head of the Election Committee said that the election process was all online this year to promote social distancing and limit the spread of COVID-19. She also added that this process was made more difficult for people to get the required number of signatures on the ballot, which explains Olsen’s uncontested run.

“It is a lot harder to get signatures online than in-person because in-person you can literally just go anywhere on campus and ask people, ‘Hey, will you sign this for me?’” Thompson said. “Going online made it more of a struggle for more people to be able to qualify and get the signatures they needed, so I don’t think we had much of a great turnout like we normally do.”

This election has sparked worry throughout the organization as SGA needs a minimum of seven people to function. Assuming Sadie Rothrock becomes a senator, the organization will need at least three additional senators and one justice to keep running through the 2021-2022 school year.

Even as the organization’s future hangs in the balance, Olsen’s first act as president may have to be bringing a dead campus back to life. Due to COVID-19, he has seen many student-run organizations on campus fall into ruin.

“As president, I hope to oversee and support the revival of campus life and student organizations,” Olsen said. “Essentially, if elected, I would like to specify my attention to campus life in hopes of revitalizing the sense of community.”

Alongside his role as senate chair, Olsen has also served on two campus budget committees, which he believes helped him develop a greater understanding of IUS’ current standing and what factors are altering the campus environment.

Olsen wants to continue his role as a student representative on campus but needed a running-mate to speak for a large portion of the student body. Enter Keregyn Masterson, a sophomore triple majoring in Spanish, political science, and international studies.

Like Olsen, Masterson currently faces no opposition en route to the SGA vice presidency. The duo makes up two of only three names on this year’s ballot, the third being Sadie Rothrock, who is vying for a Senate seat.

“I chose Masterson because I know her to be a diligent and hard worker, along with an active member of the student body who can represent a large sector of the student voice,” Olsen said.

Masterson was stunned to be offered this opportunity by Olsen, whom she has worked closely with on several class projects together. She thinks the previous collaboration will help the two work well together as the executive officers of SGA.

“Dannon is a student that I have worked closely with in classes since the very first semester that we were at IUS,” Masterson said. “He was always someone that I looked up to as a student, and I also knew that we worked extremely hard as a pair.”

Due to these previous positions, Masterson is confident in her abilities as a student leader. She believes that Olsen and she will make a great pair if elected into office.

“I have grown up in leadership positions, and leadership is a quality of mine that has always been most prominent,” Masterson said. “I know that if this works out for us, we will implement great changes for the campus and student community.”