Eric Larkins, a summer 2021 orientation leader, aims to show others that the change to college life isn't so bad 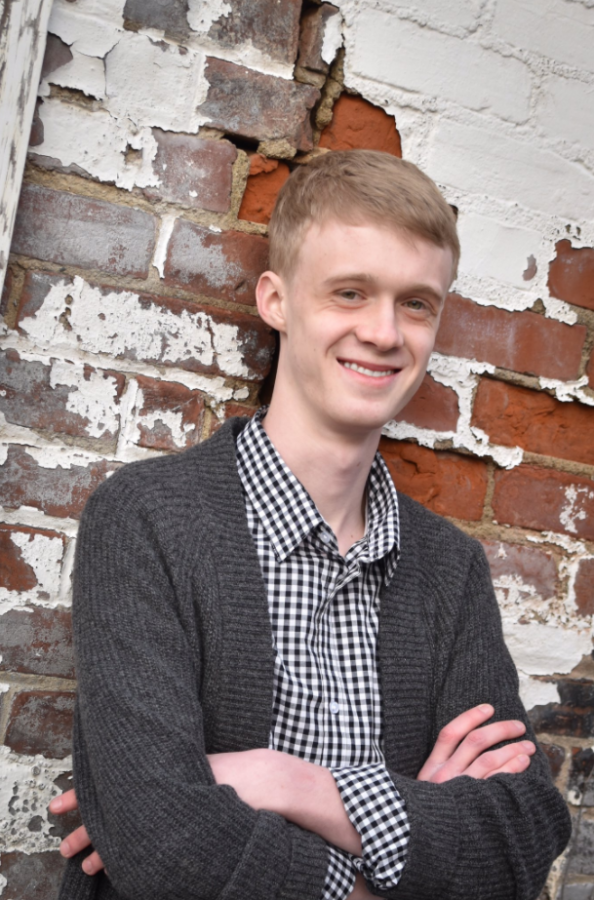 Eric Larkins remembers when he first held a leadership position in junior high. That position prepared him both for high school and for college. Today, he continues to lead through his role as an orientation leader at IU Southeast.

Those who know Larkins understand how perfect of a fit the role of an orientation leader is for him. Flora Bock, an IUS sophomore majoring in nursing, said Larkins was one of the nicest people she knew in high school.

“I remember one day he came into my restaurant and cleaned all my tables for me because I was all by myself and I was stressed out,” she said.

Larkins, a sophomore double majoring in neuroscience and psychology, said he chose to become an orientation leader for one reason. For him, the transition to college from high school was difficult.

“I want to make that transition easier for families,” he said.
Bringing a kind spirit to the IUS community
Larkins said he knew IUS was the campus he was looking for. When looking for colleges, he also said he wanted to have better student-to-teacher relationships, which IUS has thanks to the size of the campus.

“I knew IUS was a smaller campus,” he said. “It’s a lot harder going to bigger colleges because the professor-student interaction at IUS is a lot better than at a bigger university.”

Flora Bock, who has been friends with Larkins since the fourth grade, also said that he is just the kind of person you can talk to and not feel uncomfortable.

“I think everyone who knows Eric would agree that he’s just a really good friend,” Bock said.

Maurer said that Larkins has been a rockstar. When she interviewed with Larkins for the position, she said he was all smiles.

“I turned on the Zoom interview and his smiling face was there,” she said.

Because of the COVID-19 pandemic, orientation was entirely online last year. This year, Maurer said she hopes students can make it to campus for orientation.

Some students, according to Maurer, have a hard time being sociable with students during orientation. She said Larkins does not have that issue.

“I can’t teach you to be a personable person,” Maurer said, “When you connect with people the way Eric connects with people, he can just easily talk with someone, you know, you can’t teach that.”

Larkins has a piece of advice for students coming to campus for the first time this fall.

“Try to do something that you are not used to doing,” he said.

Larkins also said he is excited to start back in the fall and be on campus as well because it has been so hard to connect with professors online.

Maurer is excited for him to come back to campus too.