Why you should double major 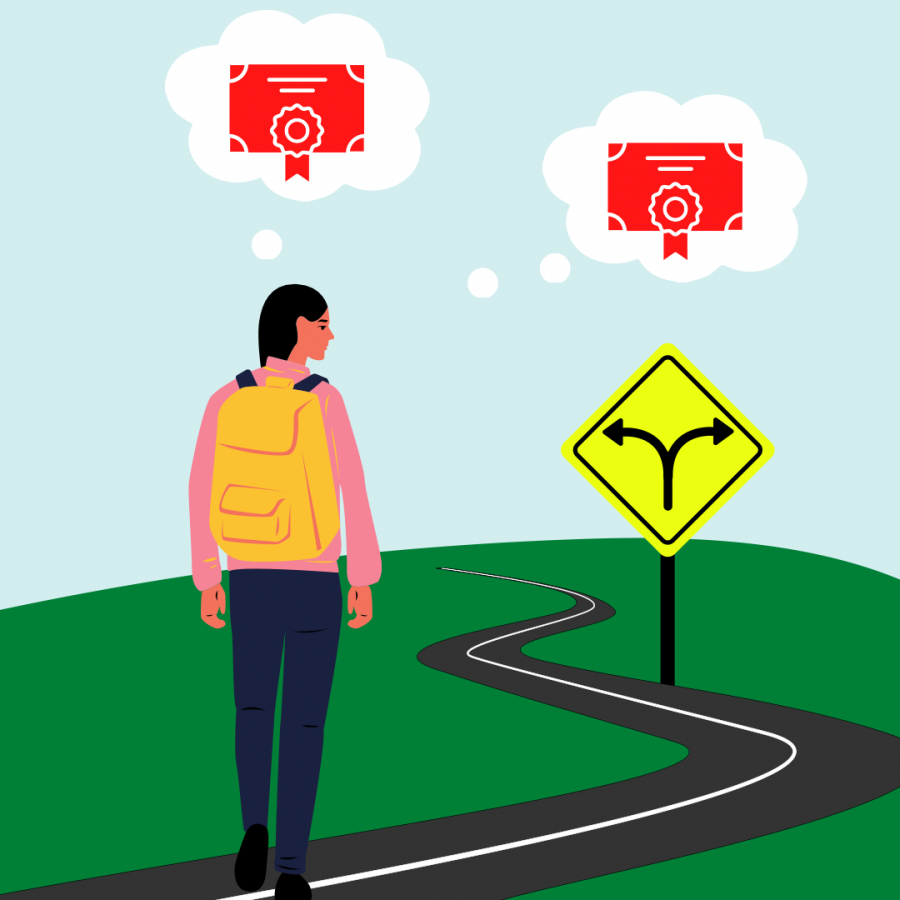 There are many opportunities at IU Southeast, but one many people don’t know about is the ability to choose two majors to pursue.

Students at IU Southeast have the option to have more than one major. This allows students to experience a wide variety of classes and find multiple fields that work for them. While double-majoring can seem overwhelming to some, it can open doors for career choices after college.

Double-majoring allows a student to find more than one area of focus for their degree. As long as 25 credits are earned towards each major or degree path, students can earn two different degrees at the same time, according to the IU Bulletin.

As someone who chose two majors, it seems like a handful going into it, but in the long run there are many benefits to choosing two programs that mesh together well enough to double-major.

Students who take on two majors typically choose majors that will go well together. For example, Business and a more targeted course, a foreign language and another course, 27% of double-majoring students in the United States took social science classes, according to the Economics of Education Review.

When I decided to double-major I was a second-semester sophomore, going back and forth between journalism multimedia and public relations. While the degree paths are very similar, I had already taken many of the classes I needed for both majors. I was able to add both majors and a minor in Women and Gender Studies and still graduate by my four-year marker.

Having two majors can give you multiple benefits when leaving school, looking for jobs, building a resume, and more. Not only does it look better on your resume but it also gets an employer’s attention by showing you go above and beyond in your studies and interests.

Fewer Americans are choosing to double-major, according to the PBS News Hour. However, those who choose to take two majors while in college earn more average income than their colleagues who only took one major in the same field.

Many double-major students take courses that go together well such as liberal arts courses, social sciences courses, or adding a foreign language to an existing major. This form of double-majoring can not only increase views on your resume but also allow a wider range of abilities when looking for a career.

Some tips when it comes to double-majoring are to make sure you are picking majors you enjoy and are interested in. Talk to your advisor and make a plan for all your course-required classes and start early. While it is possible to add another major later in your college career, it is easiest to get them out of the way as soon as possible.

For students that are considering taking a second major, your advisor can help you figure out which classes to take and which majors will go best together. At the end of the day, whether you major or double-major, IUS has the resources to help you succeed.