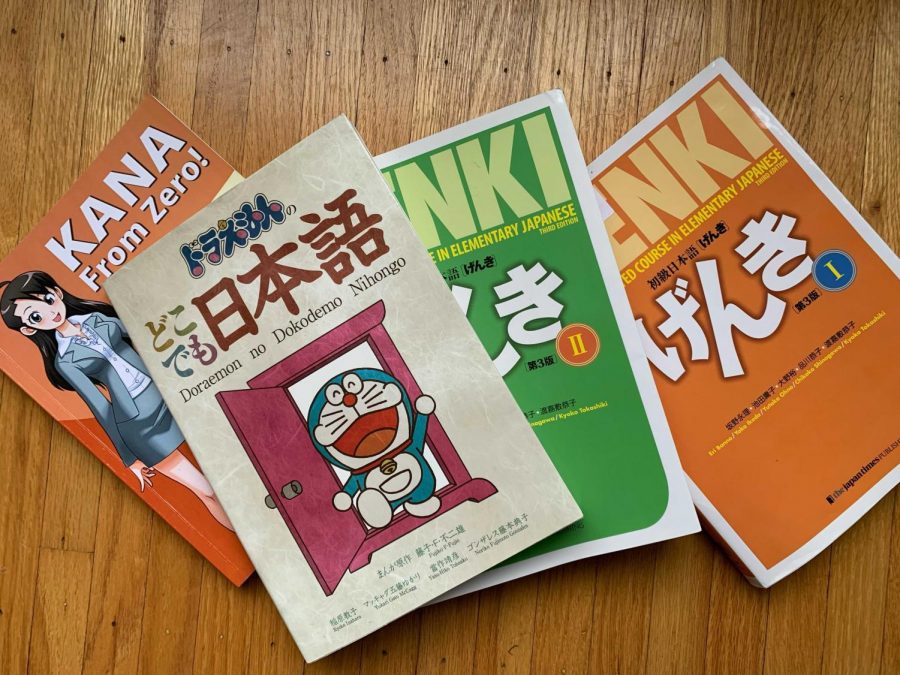 Many students take a foreign language at IU Southeast with the intention of building up their resumes. However, for other students, it is a chance to dive into a culture that they had no previous knowledge of.

For example, Leleanna Ott, a senior behavioral psychology student, takes Japanese as a foreign language at IUS. She used Japanese in her everyday life in an interaction with a traveler trying to find her way in an airport.

“The driver mistook where she wanted to be dropped off because her English was not strong,” she said. “I helped her relocate a taxi and communicate where she was intending to go.”

Ott’s story is not uncommon for most Japanese students at IUS.

In addition to learning the language, Japanese students at IUS have learned more about the culture of the language that they are taking. Even though Japanese may seem daunting at first, students who take Japanese can both incorporate Japanese into their personal and academic lives and learn how to communicate with others who speak the language.

For Ott, this meant she could help someone who had a difficult time with the English language.

“In my opinion, taking a language opens up so much growth for someone on a personal level, no matter what that language may be,” he said. “I cannot encourage it enough for personal growth.”

Hunter said he encourages any student to take a foreign language course. He said that students are in those classrooms to make mistakes and to learn from them.

“It will be a time sink, no matter what, so take a language that will engage you, and one that you’ll want to engage with,” Hunter said.

Ott said that taking Japanese as an English speaker was extremely difficult. However, for her, the payoff was worth it.

“I love Japanese more than any other class I have taken so far,” Ott said. “I would not change my decision for anything.”

Hunter said he chose Japanese not because it was easy for him, but because it interested him and it made him want to keep learning. He hopes other students will do the same.

“Make sure that you follow your heart and take what you want, not just something easy,” Hunter said.
Learning from a professor’s point of view
Professor Yoko Martin, or Martin Sensei as she is called in the Japanese classrooms, has been a Japanese professor at IUS for eight years. She works closely with all of her students to try to help them understand that learning Japanese is a process and that it takes time.

Martin said learning a new language is one of the best ways to learn about a culture.

“If you have passion for a specific country and or culture, learning their language is one of the best ways to approach and learn about them deeply and profoundly,” she said.

Martin works with another Japanese professor, Chiaki Tamiya, to help students learn the language. Many students, like Hunter, work with both professors when learning Japanese.

“Martin Sensei and Tamiya Sensei were fantastic at working with students to let them know that it is hard, but you are capable,” he said.

Hunter said that Martin is someone that is there to help you learn, not to be perfect.

“It very much feels that you can learn and make mistakes,” he said.

Martin said that students should count every small part of their learning experience as a success for learning Japanese.

“You should always be curious, learn and adapt to new ways of learning,” Martin said.

Japanese introductory courses are available in the fall and spring semesters. Students who are interested in taking Japanese should talk with their academic advisors to see how they can learn a new language and learn about a different culture.