IU Southeast alumni give their advice and experience as adult students 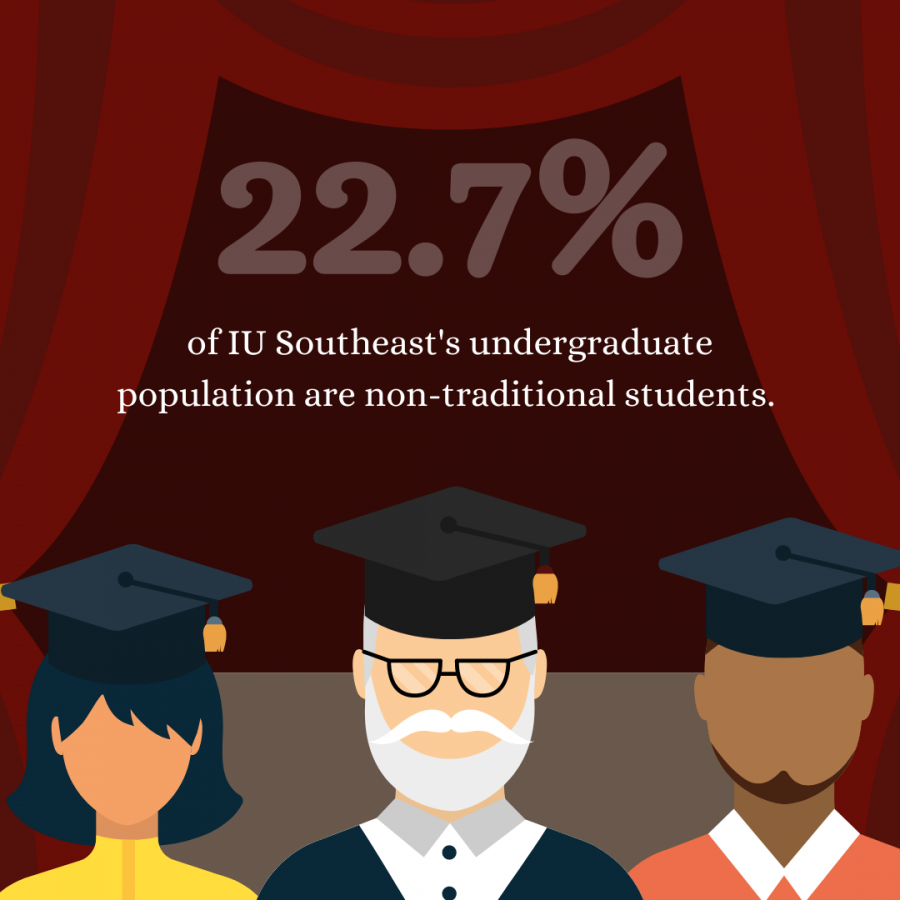 IU Southeast welcomes over 4,000 students every year, but not all of those attending classes are your average student.

Adult students make up roughly 22.7% of IU Southeast’s undergraduate population, according to IU Southeast Analyst, Doug Kurr. These statistics beg the question, what does IU Southeast offer to non-traditional students that other universities don’t?

“The big town education I got [at IU Southeast] was comparable to IU Bloomington or any of the other bigger schools. They tend to value one’s life experience and try to mold that into your work,” IU Southeast Alumni Jose Aponte said.

“I had trouble connecting with my peers. I went to school with a lot of people that were younger,” IU Southeast Alumni Antoinette Beatty said.

While IU Southeast tries to accommodate non-traditional students, there are times where not being part of the typical student body can be difficult.

“I’m 52 and have gray hair so I automatically stand out in the crowd. The hardest part was fitting in because the world is completely different,” Aponte said.

Sometimes these nonconformities aren’t always physical, sometimes they are mental and can affect different students in different ways. For some students, tackling mental health can be just as difficult as not fitting in due to age.

“Mental health was the biggest struggle because I put so much on myself,” IU Southeast Alumni Rena Andrews said.

Many non-traditional students also had positive experiences as adults on campus. Some of which come from the ability to be seen as a leader.

“One of my projects with another student ended up developing an actual PR chapter at IUS. We worked all summer. Just knowing I helped with that was memorable,” IU Southeast Alumni Jewell Connor said.

Connor helped organize the first Public Relations Student Society of America chapter on campus. With the help of other students and visiting professor Jane Dailey, Connor was able to create a permanent group that helped the IU Southeast community improve while she attended classes.

Non-traditional students play a crucial role in the student community at IU Southeast. Totaling nearly a quarter of the population means they are likely in many of your courses as well as helping to construct the academics you enjoy, much like Jewell did.