While IUS has announced a “return to normal” like the 2019 fall semester, no concrete answers have been released for new and returning students 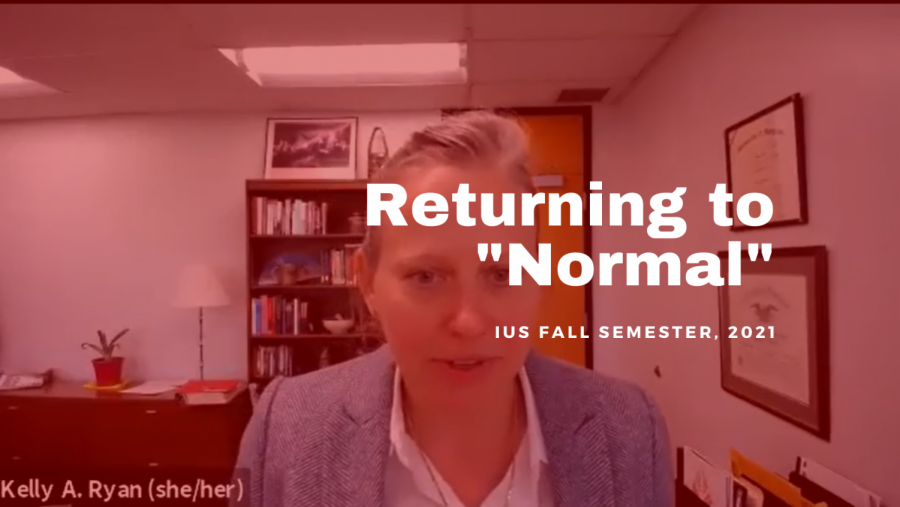 After a senior year of hybrid schooling at Floyd Central High School, Aidan Dethy sits at his computer, plugging away at his freshman class schedule before his first semester at IU Southeast. All of his classes are in-person, and his schedule is packed.

Dethy, like many other students, will be jumping into the first “normal” courses at IUS in over a year this semester, making himself and his fellow students feel like a test run of the “mostly normal” plan that the school has decided to go with in the coming months.

However, that hasn’t stopped a wave of students that are chomping at the bit to get back to in-person education. Dethy, for one, said it would have even trumped financial concerns when choosing a college.

“I chose IUS so I could stay in my current house to reduce the costs of college… I would have chosen Purdue Polytechnic or U of L if IUS was all online,” Dethy said.

This sort of drive to get back in the classroom is, partially, reflected in the new division of courses at IUS, which according to Vice Chancellor Kelly Ryan is at 65% in-person. However, this is still a step back from the 70% in-person class scheduling that IUS tended to keep before the pandemic, and still 5% above the numbers that Ryan had in mind when tasked with creating the academic schedule.

According to Ryan, this is because students are demanding more online schooling than ever before, due to the ease of access to courses from home and the flexible scheduling. However, students like Dethy are definitely not looking forward to that sort of future, especially given his last semester of high school.

As well as announcing that in-person courses would resume near pre-COVID prevalence, IUS has been strong on not dropping its mask mandate in recent weeks, stressing that masks and mitigation testing will most likely still be the norm for the foreseeable future. These requirements, as well as a high rate of vaccination among students are what, according to Ryan, IUS is basing its social distance free plan around.

However, while Ryan and her colleagues, including Vice Chancellor Amanda Stonecipher, believe that IUS will be using the currently publicized plan, there are two other options in consideration, one with three foot social distancing and another at six foot social distancing, depending on vaccination rates as well as other factors.

“It’s my greatest hope that vaccinations reach the point, once we get to the summer, where we’re talking about no social distancing and mask wearing,” Ryan said.

However, this plan is not set in stone, and may well change by the beginning of July. According to Ryan, the first of July has become a sort of tipping point in IUS, and in fact IU, policy. Until then, prospective students will have to wait and see.

However, there is some concrete news to be had for incoming students, as Stonecipher did announce that the IUS Week of Welcome will be in-person “with the same energy and fun our returning students remember from Fall 2019.”

Stonecipher also announced that campus activities will be resuming a more normal rate and disposition in the fall semester, while also hoping that IUS has a lower risk of viral spread and a high vaccination rate.

While these are at least concrete examples of changes to the current state of IUS life, students like Dethy will be both waiting for confirmation, and if Ryan is to be believed, the deciding factor in the future of campus life.