News about Wallace’s death led to a heartfelt gathering. 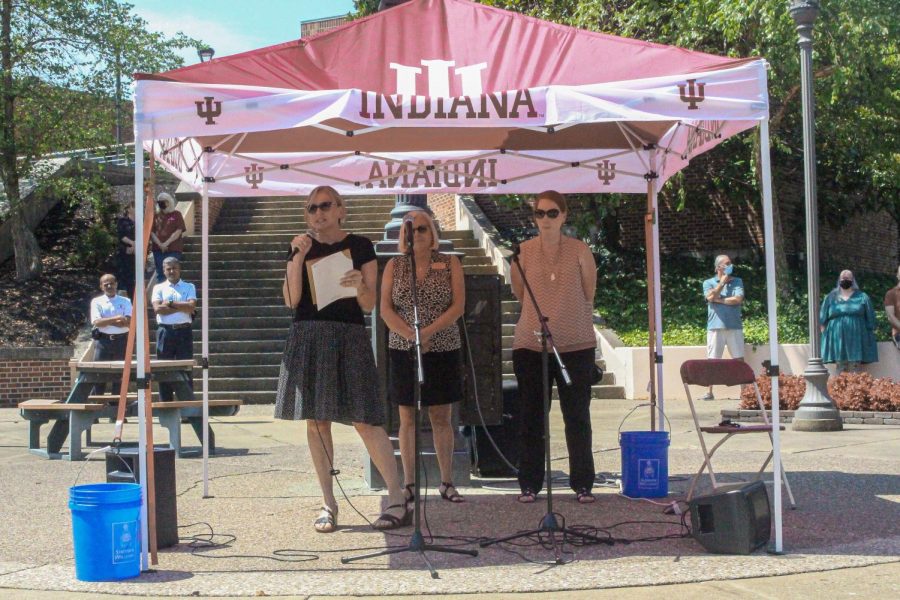 With a speech led by Kelly Ryan, the executive vice chancellor of academic affairs, the memorial gave comforting words to remember Wallace by.

The sudden loss of Wallace left many in shock since he was friends with many on campus.

“It was very heartbreaking,” said Mark Bridgewater, a senior computer science major. “We were very close to Chancellor Wallace. He would always show up to see how we were doing and just hang out with us sometimes.”

Wallace was also immensely active in campus life and would often visit with organizations and classes when he could.

“I think it was four years ago, he brought his dogs in [during Halloween],” said Bridgewater. “There was a picture he had taken with the dogs. … It was always my favorite picture of Chancellor Wallace.”

Being an immigrant and a first-generation college student, many at IUS viewed Wallace as an inspiration and felt he was relatable.

“He’s kind of the story of IU Southeast,” Ryan said. People come here with the dream to make more of themselves, just like Chancellor Wallace. … And he’s sort of the personification of who our student body is.”

“A lot of them are first generation students or some, others just looking for a smaller community to join,” Ryan continued. “And he’ll always be that personification of our, I think, basic community.”

While the loss of Wallace is hard, Ryan hopes members of the school community who are grieving will lean on one another for help.

“The office of personal counseling is obviously a great resource, make sure you use it,” she said. “Take time, be kind to yourself, lean in to all your support networks. Chancellor Wallace would want you to have a good snack.”

If students or faculty are in need of grief counseling over this tragedy please reach out to the Counseling and Psychological Services [CAPS]. They are currently closed in-person due to the ongoing pandemic but are available 9 a.m. to 5 p.m. Monday through Friday at (812)-941-2244.