Born on 9/11: One IUS student can never forget 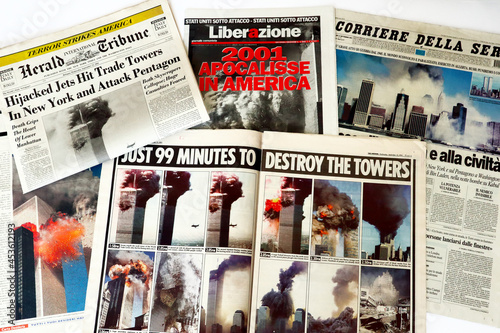 Because it’s her birthday.

Muñoz is one of many people who were born on 9/11.

Twenty years later, she still feels the weight of the tragedy.

Growing up, she and her family celebrated normally as much as they could.  But school celebrations were especially tough. Adults would act odd.

“Some would apologize or be surprised,” Muñoz said. “… It is just a very odd thing to have your birthday be on a day where it is seen as a disaster.”

“It took a toll on me as a kid,” she added. “I wanted to be happy about my birthday, but I felt like I could not.”

Despite the solemn birthdays, Muñoz, like many IUS students, has come to understand why a “normal” 9/11 will never be possible.

While some people’s lives revolve around the whole date, there are people who may not even remember the attack. Some people only  hear about 9/11 through their history classes and stories from people who do remember it.

“While I wasn’t born until months after 9/11 had occurred, I’ve heard so many stories of how it brought us closer as a nation,” said junior Emmaly Rose. “Sadly, I also believe it greatly hurt our sense of security as a nation.”

Although many of today’s students were not born until after, they still know of the hardships that 9/11 caused.

“Many families and communities who used to live without fear, now raise their children to be constantly aware of all threats.” Rose said.

While they may not have been old enough to remember, students still grieve the lives that were lost on that tragic day.

The attacks on 9/11 have impacted the nation in many different ways. There is much higher security at airports, surveillance increased due to the Patriot Act, and political behavior has changed since the attacks.

The political views of many following the attacks changed directions. Family members of victims have become, and stayed, more active in politics.

“There was a huge upswing in patriotic feelings. Every other car on the road displayed an American flag,” said political science professor Dr. Joseph Wert.

9/11 also changed some policies in politics.

“9/11 led to the sending of troops into Afghanistan and then a little later into Iraq. It also led to the passage of the Patriot Act, some of the provisions of which were pretty draconian,” Wert said.

Sept. 11 gave a lot of people a new sense of the world. Many grow up thinking it is just another day until that day turns into something you learn about in history class.