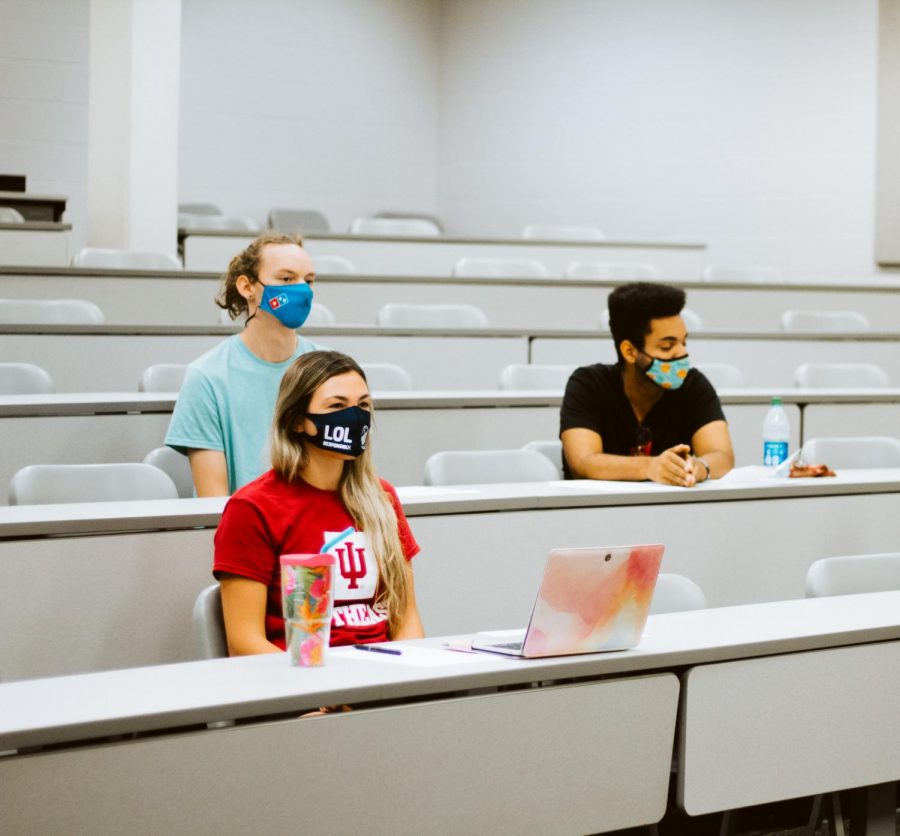 The Student Government Association [SGA] is unlike any other club on campus.

At its Sept. 10 meeting, Senate Chair Sadie Rothrock banged a small gavel, indicating the meeting was now in session. For the next hour SGA members — or “senators,” as they are known in the club — discussed ways to improve student life.

Although there is formality involved in the SGA, the group of students is here to improve student life according to SGA President Dannon Olsen.

Olsen said that a major way SGA is different from other clubs is the way that they are incorporated into IUS. The chancellor is allowed slots to put students on various committees to listen to changes that are made to the school.

Olsen holds “equal vote, equal everything, to all the professors” on the IUS faculty’s committee, he said.

“The vice chancellor (Amanda Stonecipher) and I got together and discussed the budget for the school and where and how the funds are going to be distributed across clubs and athletics,” Olsen added.

Here’s what to know about SGA: It’s a lot like a real government

The committee is divided into three different branches — legislative, executive, and judicial — much like the real government.

Each branch has a different purpose:

The executive branch is responsible for jobs like meeting regularly with administrators and representing SGA in outside events.
The legislative branch is in charge of making sure student rights are upheld when passing bills or having discussions. These members are usually known as senators and it is the introductory position in SGA.
The role of the judicial branch is to represent the students on university committees and to hear cases from the university judicial system.

SGA meets frequently in order to actively work on topics they find are worth pursuing in the interest of IUS’ student body.

“We meet every Friday and talk about everything that SGA works with on campus,” said SGA Vice President Keregyn Masterson. “But every day, sometimes even more than once a day, I receive emails from Dr. [Seuth] Chaleunphonh about new things on campus or things that they’re wanting student opinions on.”

The SGA has a known constitution as well, but it is not the same as constitutions in other clubs on campus. While other clubs can change the rules whenever they find it necessary, SGA cannot. Every necessary change must be written in a bill-like style for students to vote on. Only once it is voted in can they carry it out.

Since most members are fairly new to the organization, older members have had full plates with teaching the ropes of SGA.

Officers like Rothrock are having to adjust on the fly to teach but also smoothly run meetings.

“The overall idea of my position is to help facilitate ideas from the senators who should be representing student concerns, interests and assist in turning those ideas or concerns into legislation to be brought up in meetings to hopefully be enacted by the end of the process,” Rothrock said.

SGA has several different locations, including rooms 204 and 14 in University Center, where students can communicate with a senator or officers. Most hours of the day there is at least one senator available to answer questions or make suggestions in order to improve the overall quality of campus life.

While campus life may be working on a slow crawl back from the pandemic, SGA is pushing to expedite it.

If students are interested in joining SGA Olsen has asked students to contact him at (812)-406-6497 or at olsendl@iu.edu or Sadie Rothrock at smrothro@iu.edu.