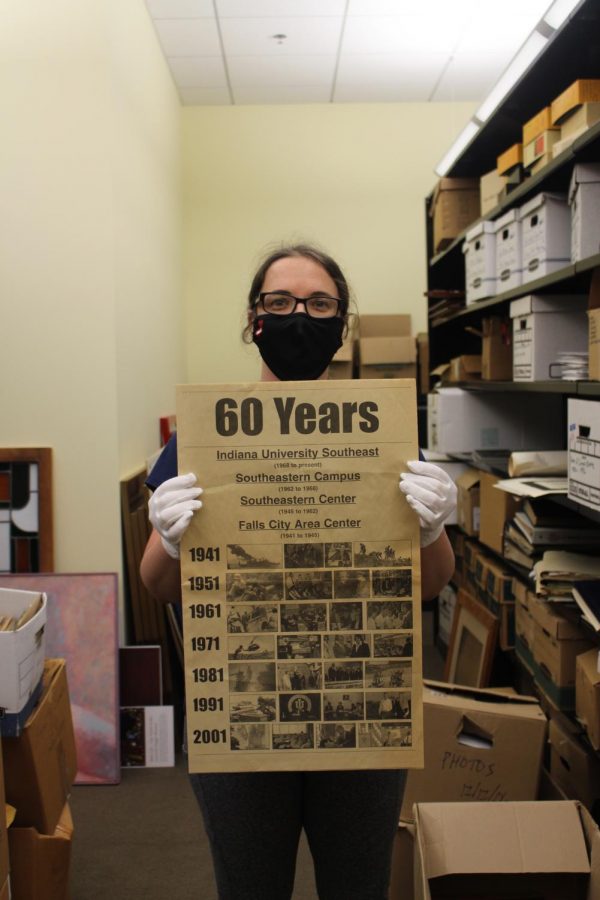 Why is no one talking about Indiana University Southeast’s 80th anniversary?

COVID-19, Chancellor Ray Wallace’s death and budgeting issues may be to blame.

Jon Pollock, manager of special events and projects for IUS, told The Horizon the university does not plan to celebrate the anniversary until next year.

“At this point, we have not had those discussions yet,” he said in an email.

Regardless if the school celebrates the event this year, it is important to note how much IUS has been able to do with such few resources.

A new chancellor took the mantle for the fall 2021 semester. With Chancellor Girten, IUS has been able to stay open in the middle of the pandemic.

Because no information was given out by IUS yet, students may have missed out on the school’s historic year. IUS student Kylee Sumner, a senior elementary and special education major, still had COVID-19 on her mind when she came back to school this fall.

She said she understood how this could have occurred since the school, its faculty and its students were so worried about the pandemic and what school would look like with everyone back on campus.

“People are still testing the waters,” Sumner said. “With all these changes, this might have been swept under the rug.”

Here are a few interesting facts about IUS’s founding to give you perspective on where we have been and where we are going.

Looking back through the years

Lior Ben-Shalom, the archiving intern for the library, said it is important to remember our past and detailed how the school came to be.

She said the school’s founder, Floyd McMurray, a former captain in the National Guard in Indianapolis, started in 1941 with just under $7,000 when he decided to open a regional IU campus in southern Indiana.

A credit hour at IUS used to cost $5. Now, a student may spend as much as $350 for a credit hour, according to the tuition and fee estimator at IUS.

Sumner said she thinks the price of enrollment is “pretty relatively high.”

However, she also said as time passes, things do become more expensive.

Matt McClellan, a fall 2020 IUS alumni, said it was “jarring” to hear the exact cost increase.

“But I kind of get it,” he said. “We should definitely do something about the current bind we’re in when it comes to student loans and the value of education.”

Consistency is not always key

The Horizon’s 40th anniversary edition reported that more than 4,000 students attended IUS in 1981. According to the university’s “quick census” data for fall 2021, the number of students now attending is about the same: 4,051.

“It’s not entirely surprising to hear this,” McClellan said, noting the abundance of schools in the greater Louisville area.

He also pointed to what he called a “stigma” surrounding IUS as a regional school, holding it back from garnering more students, despite advancements in several of the school’s programs.

Sumner said IUS’s campus is not very big and more universities have sprung up around the area. So, she said, it was not very surprising to hear the numbers have remained constant.

“At least it’s not less than it was back then,” she said.